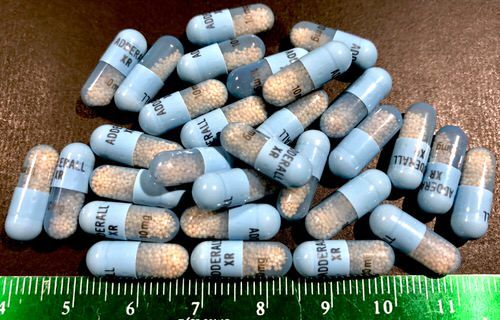 Under California Health and Safety Code 11350 HSC, the illegal possession of Adderall is usually charged as a misdemeanor and not a felony.

Illegal possession of Adderall (or Add'll) means a person “possesses” the substance, or has it on his person or in a pocket, without a valid prescription.

The possession of Add'll is typically charged as a misdemeanor in California and not a felony. The crime is punishable by:

Adderall is a mixture of amphetamine and dextroamphetamine. Both of these substances (as well as Add'll) stimulate the central nervous system. Adderall is often prescribed to treat narcolepsy and attention deficit hyperactivity disorder (ADHD).

What is California Health and Safety Code 11350?

HSC 11350 is the California statute that prohibits people from possessing certain controlled substances without a valid prescription. A “controlled substance” is a drug or chemical whose manufacture, possession and use are regulated by the government under the United States “Controlled Substances Act (CSA)”.

Under Schedule II of the CSA, all Adderall products are listed as “controlled substances.” This means the possession of the chemical comes under the laws and rules within Health and Safety Code 11350. And, as such, a person can only lawfully possess the substance if he has a valid prescription.

Why a misdemeanor and not a felony?

A person is charged with a crime, per HSC 11350, if he is caught in possession of Add'll without a prescription. Unlawful possession of a controlled substance, under this code section, is usually charged as a misdemeanor.

In some circumstances, illegal possession of a controlled substance can be prosecuted as a felony. However, the circumstances are usually limited to when a defendant has a prior conviction for a sex crime or a serious felony (such as murder or gross vehicular manslaughter). Technically, if these apply to a case where an accused gets arrested for illegal possession of Adderall, he could be charged with a felony.

But, the offense is most often charged in California as a misdemeanor. The crime is punishable by:

Are there legal defenses to accusations of possessing a controlled substance without a prescription?

Luckily, there are legal defenses that a person can raise if accused of a crime under HSC 11350. A good defense can often get a charge reduced or even dismissed. Please note, though, that it is critical for an accused to hire an attorney to get the most effective defense.

Three common defenses to Health and Safety Code 11350 accusations are: