California Penal Code 1473.7 PC allows people who are no longer in criminal custody to file a motion to vacate a judgment in a criminal case. The motion can be based on either:

Penal Code § 1473.7 became effective on January 1, 2017. Before then, most people could only challenge a conviction or sentence within a short period of time – for instance, by filing a habeas corpus petition while still in custody.1

Once they were released from custody – that is, from jail, prison, parole or probation – they lost their ability to challenge their conviction.

But under PC 1473.7, a motion need only be made with “reasonable diligence” after the defendant receives a Notice to Appear in immigration court or after a removal (deportation) order becomes final.2

To help you better understand Penal Code §1473.7 motions to vacate, our criminal and immigration lawyers discuss the following, below:

Penal Code §1473.7 became effective on January 1, 2017. Before then, people had limited options for challenging their conviction. The most common method of challenging the constitutionality of a conviction or sentence was to file a habeas corpus petition.

But a petition for habeas corpus could only be filed while the defendant was in custody – that is, while he or she was still in jail or prison, or on probation or parole.

Once someone was released from the system the courts were no longer authorized to consider a habeas petition.3

As a result, many people had no remedy once they were released. In some cases, people wouldn't even know that the conviction had made them deportable until many years later.

There was no way to go back into court to erase the conviction – even if they entered pleas without understanding the immigration consequences or if the sole complaining witness recanted his or her testimony.

2. Vacating based on newly discovered evidence

New evidence of innocence is one grounds for a motion to vacate under PC §1473.7.

3. Vacating based on prejudicial error

Penal Code §1473.7 allows a court to vacate a conviction or sentence if there was “prejudicial error.”

To be prejudicial, an error must have damaged the defendant's ability to meaningfully understand, defend against, or knowingly accept the actual or potential adverse immigration consequences of a plea of guilty or nolo contendere (“no contest”).

3.1. Grounds for a motion to vacate based on prejudicial error

Specifically, the scenarios that can lead to a motion to vacate due to prejudicial error are:

3.2. The legal meaning of “prejudice”

Regardless of the specific ground(s) for a §1473.7(a)(1) motion, the defendant must prove that the error prejudiced the defendant.

The defendant does not need to show that he/she actually could have obtained a more favorable verdict or plea bargain.

Rather, prejudice is shown if the defendant can establish that:

Motions under Penal Code §1473.7 must be filed with “reasonable diligence” after the later of the following:

“Reasonable diligence” means without undue delay after the immigrant discovers, or reasonably could have discovered, the evidence supporting the motion to vacate.

However, immigrants do not need to wait for a notice to appear in order to file a 1473.3 motion. They can do so at any time, including when applying for a green card, naturalization, or other immigration benefit.

5. Am I entitled to a hearing on my motion?

Yes. Unlike habeas petitions, which may be denied without a hearing, all 1473.7 motions are entitled to hearings before a judge.7 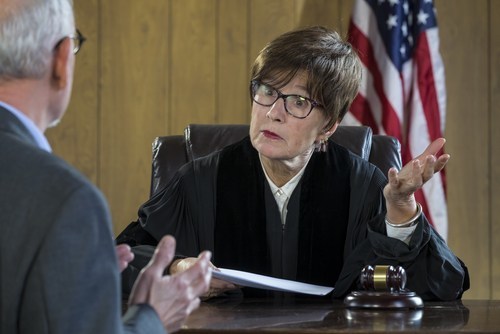 6. Do I need to appear in court personally?

Not necessarily. An alien who is in immigration custody or has already been deported does not need to appear personally as long the immigrant's lawyer is present.8

If the court grants the motion, the conviction or sentence will be vacated. It will be as if it never existed. The court will then allow the immigrant to withdraw the plea he or she entered in the underlying criminal case.9

However, unless the district attorney agrees to drop the original charges, the immigrant must still answer for them. This means a new plea agreement or trial.

8. Can I appeal if my motion is denied?

Yes. An order granting or denying a PC 1473.7 motion to vacate can be appealed by either the immigrant or the government.10

9. Is there any other basis for vacating a conviction or sentence?

At risk of deportation for a criminal conviction? Call us for help…

If you or someone you know is facing immigration consequences for a criminal conviction, we invite you to contact us for a free consultation.

Our California criminal and immigration attorneys have many ways to help you challenge your conviction so you can stay in the country.

Call us at (855) LAWFIRM or complete the form on this page to schedule your consultation with a lawyer.

But remember -- to vacate a conviction, you must act without undue delay. So don't wait – call us today.