Immigrants to the United States who obtained conditional permanent resident status through marriage can use an I-751 petition to remove conditions on residence.

To help you better understand how to remove conditions with an I-751 waiver, our California immigration lawyers discuss, below: 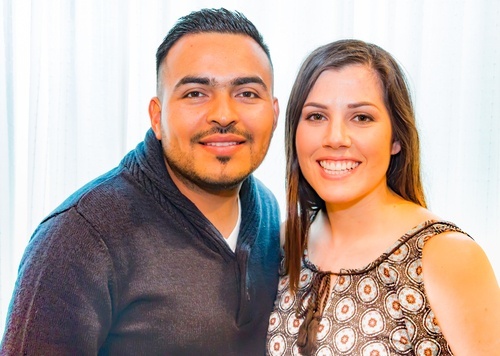 Conditional residents who obtained their status through marriage can use Form I-751 to request that U.S. Citizenship and Immigration Services (USCIS) remove the conditions on their residence.

It can also be used to waive conditions for dependent children who acquired conditional resident status on the same day as their immigrant parent or within 90 days thereafter.

Dependent children who acquired their status later (or through a conditional resident parent who is deceased) must each file Form I-751 separately.

2. Do I need to file jointly with my spouse?

An immigrant who is still married must file Form I-751 jointly with his or her spouse.

An immigrant may file Form I-751 without a spouse if:

You can check the USCIS website for Form I-751 (linked to at the top of this article) to verify the correct address for your application.

4.1. If filing jointly with a spouse

Applicants who are filing the I-751 petition jointly with their spouse must file during the 90-day period immediately before their conditional residence expires.

An applicant who is filing without a spouse (as set forth above) may file an I-751 petition at any time after being granted conditional resident status and before removal (deportation) from the United States.

An immigrant who does not file an I-751 petition will automatically lose permanent resident status two years from the date on which he or she was granted conditional status. The immigrant will then become removable (deportable) from the United States.

6. Does the application have to be in English?

The I-751 petition must either be in English or accompanied by a full English translation.

The translator, if any, must sign a certification that the English language translation is complete and accurate, and that he or she is competent to translate from the foreign language into English.

7. What documents must be included with my application?

The petitioner will need to submit the following documents to USCIS along with the Form I-751:

Let's take a closer look at each of these requirements.

The alien and any dependent children who are applying must submit copies of both the front and back sides of the card.

Overseas aliens must two 2” x 2” passport-style photos for each petitioner and dependent, regardless of age. The photos must:

Overseas aliens and any dependents age 14 to 79 years must also submit two completed Form FD-258 standard fingerprint cards each, with their A-Numbers and written on each one. The fingerprint cards must be prepared by a U.S. Embassy or U.S. Consulate, USCIS office, or U.S. military installation.

All I-751 applications must include copies of documents indicating that the marriage upon which conditional status was granted was entered into:

Documents that can help establish this include (but are not limited to):

Each affidavit should contain the following information about the person signing it:

7.3. Evidence of death, divorce, abuse or extreme hardship (if applicable)

If an applicant is filing as an individual, the petition must also be accompanied by, as applicable:

If the applicant is filing for a waiver of the joint filing requirement due to “extreme hardship,” the applicant must submit evidence that removal would result in hardship significantly greater than the hardship encountered by other foreign nationals who are removed from this country after extended stays.

All evidence of individual filing eligibility must relate only to those factors that arose during the two-year period for which the applicant was admitted as a conditional resident.

I-751 applications must contain a complete account of any alleged criminal activity.

7.4.1. If detained without charges being filed

If the alien has ever been arrested or detained by law enforcement for any reason -- either in the United States or another country -- but no charges were filed, the applicant must provide either:

An alien does not need to submit documentation for traffic fines and incidents that did not result in an arrest as long as:

An applicant who has ever been arrested or detained by law enforcement for any reason -- either in the U.S. or abroad – and had charges filed (with or without an arrest) must submit an original or court-certified copy of the complete arrest/court record and/or disposition for each incident.

If the immigrant was ever convicted or placed in an alternative sentencing program or rehabilitative program (such as a drug treatment or community service), the applicant must submit:

Conditional residents will need to include the biometric services fee in the payment with their petition.

U.S. citizens or lawful permanent residents who are the spouse of the person seeking to waive the conditions do not need to include the biometric services fee with the petition. U.S. Citizenship and Immigration Services (USCIS) will notify such spouses later if they need a biometrics appointment.

Biometrics are checks to verify an applicant's identity. They can include (without limitation):

USCIS may require that an applicant appears in person for biometrics before the agency makes a decision on the petition.

After USCIS receives a petition and ensures it is complete, they will inform the applicant, in writing, and provide a date and time for a biometric services appointment at the nearest USCIS Application Support Center (ASC).

Applicants who are overseas will be instructed to contact a U.S. Embassy, U.S. Consulate, or USCIS office outside the United States to set up an appointment.

Failure to attend the biometric services appointment may result in a denial of the petition.

Worried about your criminal history? Call us for immigration help…

If you or someone you know needs help obtaining a waiver to remain in the United States, we invite you to contact us for a free consultation.

Our Los Angeles, California immigration attorneys know the many ways to stop deportation due to grounds for deportation or inadmissibility.

There are ways to stay in the U.S. even if you have a conviction for deportable crime or an "inadmissible" offense.

Call us at (855) LAWFIRM or fill out the form on this page to discuss your case with a lawyer today.