Is it a crime to destroy or conceal evidence? (Penal Code 135)

Can you go to jail for destroying evidence? In some cases yes, as the former prosecutor explains in this video. California law in Penal Code 135 makes it a misdemeanor crime to destroy or conceal evidence. This apples if you knew the evidence was going to be used in a lawsuit, court case, prosecution or investigation, and you concealed or destroyed the evidence willfully (as opposed to accidentally). Penal Code 135 makes this a misdemeanor. A conviction carries a penalty or sentencing of up to 6 months in the county jail. Here, a former Los Angeles deputy district attorney — now a criminal defense lawyer — explains the laws, penalties and potential legal defenses. More info at http://www.shouselaw.com/destroying-concealing-evidence.html or call (888) 327-4652 for a free consultation.

Penal Code 135 PC is the California statute that charges a person with willfully destroying or hiding evidence that may be relevant to a trial, investigation or other legal proceeding. This section is a misdemeanor and can carry penalties of up to 6 months in county jail.

Specifically, 135 PC provides that “a person who, knowing that any book, paper, record, instrument in writing, digital image, video recording owned by another, or other matter or thing, is about to be produced in evidence upon a trial, inquiry, or investigation, authorized by law, willfully destroys, erases, or conceals the same, with the intent to prevent it or its content from being produced, is guilty of a misdemeanor.”

A defendant can raise a legal defense to challenge accusations of destroying evidence. Some common defenses include:

A violation of 135 PC is charged as a misdemeanor. This is opposed to a felony or an infraction.

A judge may grant misdemeanor (or summary) probation instead of jail time.

In this article, our California criminal defense attorneys will discuss: 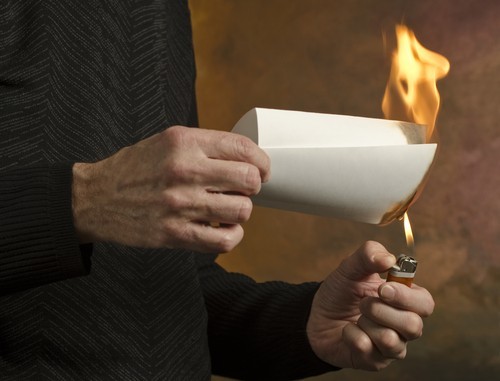 1. When is destroying evidence a crime?

The destruction of evidence penal code section is 135 PC. This section makes it a crime for a person to destroy or hide evidence.

A prosecutor must prove three things to convict a person of this offense. These are that:

“Willfully” means with a purpose or intention to commit a criminal act – in this case, destroying evidence.2

“Knowingly” means that a defendant knew that the object he destroyed or concealed was going to be used as evidence.3

Example: If Lisa destroys pictures of a dented car, she is only guilty of a crime if she knew that they were going to be introduced during a trial.

Note that the purpose of this statute is to prevent the obstruction of justice.5

There are several defenses to accusations of destroying evidence.

An accused is only guilty under this code section if he willfully destroyed or concealed evidence. This means it is a legal defense for an accused to show that he did not act willfully. It might be the case that the person damaged evidence on accident.

A defendant is only guilty of violating this law if he destroyed or concealed evidence. It is a defense then to show that the object the accused destroyed was not “evidence.”

Example: If Marcus threw out a receipt, he is not guilty of a crime if the receipt was not going to be used as proof of anything in a legal proceeding.

There must be a legal proceeding for a person to be guilty under PC 135. A defense, therefore, is for the accused to show that there was no active legal proceeding at the time he destroyed or concealed evidence.

A violation of 135 PC section is a misdemeanor.6

A conviction will generally have no negative immigration consequences.

However, a violation of this statute is not one of these types of convictions.

A person convicted of this 135 PC is entitled to an expungement provided that he:

If a party violates a probation term, he could still possibly get an offense expunged. This, though, is in the judge's discretion.

A conviction does not affect the convicted party's gun rights.

Some California criminal convictions will result in the defendant losing his right to own a gun.

Some misdemeanors may even carry a 10-year firearm ban.

But a conviction for destroying evidence will not produce these results.

There are three laws related to destroying evidence. These are:

Penal Code 132 PC makes it a crime for a person to present:

written evidence in any kind of legal proceeding.

Note that this law covers the illegal presentation of evidence.

Penal Code 134 PC makes it a crime for a person to:

While PC 132 pertains to written evidence, this law extends to all kinds of evidence.

Under Penal Code 141 PC, it is a crime for someone to:

Unlike PC 135, this code section does not involve hiding evidence. Rather, it addresses the moving or altering of evidence.

In Colorado? See our article on tampering with physical evidence (18-8-610 CRS).