Criminal negligence refers to a mental state of disregarding known or obvious risks to human life and safety. An example would be leaving a loaded firearm within reach of a small child.

To be guilty of any crime, a person must act with a "mens rea" or "criminal intent." Normally this means intentionally or deliberately pursuing a criminal result.

To be guilty of any crime, a person must act with a "mens rea" or "criminal intent."

But criminal negligence may substitute for criminal intent under very specific circumstances.  When it does, it can subject someone to serious charges such as child endangerment or manslaughter even when the actions are unintentional.

In an effort to help you better understand how and when California's criminal negligence laws are applied, our Los Angeles criminal defense attorneys1 will address the following:

A person acting negligently could face civil or criminal liability.

Civil negligence (sometimes referred to as "ordinary" negligence) takes place when someone gets injured as a result of another person's carelessness.  In order to be held civilly negligent, a person's conduct must fall short of how a "reasonable" and prudent person would act in the same or a similar situation.

Criminal negligence (sometimes referred to as "gross" negligence) takes place when an individual behaves in a way that is an extreme departure from the way that a "reasonable" person would act.  Criminal negligence is basically analogous to an "I don't care what happens" type of attitude.

These standards differ largely because of the consequences associated with each.  A person found liable in a civil case only has to pay money damages.  But a person convicted of a crime may go to jail.  As a result, civil cases involve a lesser "burden of proof" than do criminal cases. 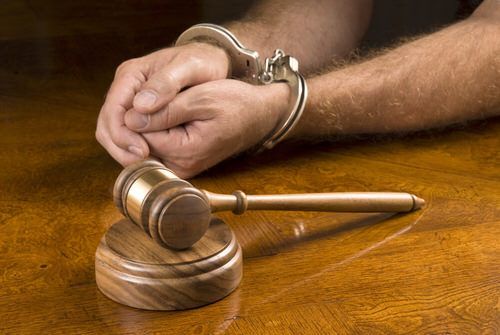 In a criminal negligence case the prosecutor must prove beyond a reasonable doubt that the defendant is guilty.

To convict someone of an offense in which the requisite mental state is criminal negligence, the prosecutor generally must prove three things:

Criminal negligence requires more than merely a mistake in judgment, inattention, or simple carelessness.  It only pertains to conduct that is so outrageous and reckless that it marks a clear departure from the way an ordinary careful person would act under similar circumstances.3

And as Long Beach criminal defense attorney John Murray explains4, "It is important to understand that under California law, criminal negligence is only concerned with the act itself, not with the consequences."

Example: Mary goes to a late-night movie, leaving her four young children (between the ages of 2 and 6) asleep in their beds, home alone.  While she is gone, a fire spreads throughout her house.  A neighbor is able to save two of Mary's children, but the other two die in the fire.

3. Is Criminal Negligence Applicable to all California Crimes?

Criminal or gross negligence allows a prosecutor to obtain a conviction even when the defendant didn't intend to violate the law.6 As such, it acts as a substitute for criminal intent.  However, it is actually very limited in its application.

In fact, criminal negligence isn't a substitute for criminal intent when the alleged crime:

Essentially this means that criminal or gross negligence really only extends to crimes that are based on accidental-type situations or to crimes predicated on a failure to act.  The most common include Penal Code 192(b) involuntary manslaughter, Penal Code 273a child endangerment, and Penal Code 368, California's elder abuse law.

And even in these types of situations, criminal negligence will only attach if the defendant is actually or constructively aware of the dangers of his/her act(s).10

The defendant must have knowledge of the danger 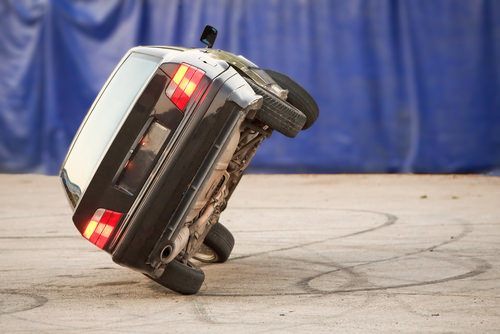 The defendant must have knowledge of the danger

Actual or constructive knowledge means that either

If the defendant doesn't have this knowledge.either actual or constructive.he/she cannot be held criminally negligent.11

Example: Using the same example from above, there is no reason to believe that Mary would have realized that her act of leaving the sleeping children home alone would likely result in death or serious injury from a fire.  It was not a typical result of leaving kids home alone.

If, however, Mary was in some way connected to the fire, this would be a different case.  But it can't be said that Mary.or any other "reasonable" person.would have foreseen a high risk of death.  Without that knowledge, there is no criminal negligence.

Perhaps the best way to explain how California's standard of criminal negligence is actually applied is to look at some more examples.

The following are a few examples that best illustrate California's criminal negligence standard.

Example:  Defendant joined a poker game at a "members only" club.  One of the players, Rypdahl, didn't like defendant and was very vocal about it.  At one point, Rypdahl accused the defendant of stealing $40 from his friend, who had left the game.  After refusing to deal the defendant any more hands, Rypdahl threatened the defendant, saying he would be kicked out of the club "feet first".

As defendant attempted to leave the bar, Rypdahl followed, pursuing his threats.  Although the defendant claimed he only intended to scare Rypdahl, he shot him in the stomach.  Because the defendant recklessly shot at Rypdahl, he was held criminally negligent for Rypdahl's eventual death.

This case is also a good example of how "causation" plays into criminal negligence.  Defendant claimed that it wasn't the gunshot wound that killed Rypdahl, but rather an incompetent surgery which caused a fatal hemorrhage.  Defendant argued that the negligent surgery was an intervening force and that it was responsible for Rypdahl's death.

According to California's criminal negligence law, the contributing negligence of a victim or a third-party will not relieve a defendant of criminal culpability unless it acts as a sole or intervening cause of death.12

Here, defendant put into motion a series of events that lead to Rypdahl's death.  Whether Rypdahl was shot and then bled to death or received inadequate medical treatment is irrelevant.the natural consequence of defendant's act was that Rypdahl would die.  Defendant can't escape that liability by arguing that the surgeon should have been able to save him.13

Penal Code 191.5(a), California's gross vehicular manslaughter while intoxicated law necessarily involves criminal negligence.14 That's what the "gross" refers to.gross or criminal negligence.  In order for prosecutors to convict the defendant of this offense, they must prove that in addition to violating Vehicle Code 23152 VC, California's DUI law, the defendant committed a criminally negligent act that resulted in the death of another.

Example: Defendant consumed between 17 and 22 beers before going to sleep at his sister-in-law's house.  When he woke up about two hours later, he attempted to drive home.  While driving, he drove at unsafe high speeds, wove in and out of traffic, and made dangerous lane changes without signaling or braking. In the midst of this, he crashed into the victim's car.15

The court ruled that the defendant's erratic driving was sufficient to constitute gross negligence.  The court noted that a reasonable person in the defendant's position would have appreciated the risks of drinking and driving (especially since he had suffered a prior DUI conviction and attended a DUI school.the primary purpose of which is to warn students about  the risks involved with drunk driving).16

With respect to child or elder abuse, directly inflicting physical abuse on a child or an elder requires a general intent to inflict unjustifiable pain and suffering.  Under these circumstances, criminal negligence does not come into play. 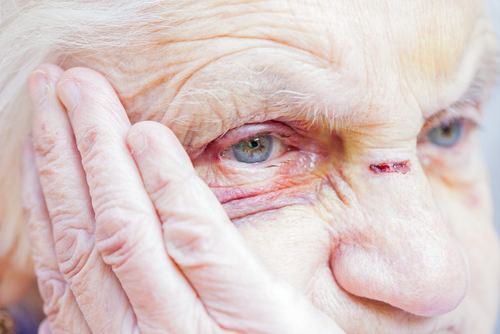 Example:  Ted drives with his infant baby in the front seat. Ted straps around an adult seat belt rather than placing the baby in his child seat. A collision occurs and the baby is thrust into the windshield.

Under these circumstances, the father could be charged with placing the child in a situation likely to result in great bodily injury or death.  As a result, criminal negligence would be the appropriate standard by which to judge him.  A reasonable person would know that a baby needs to be properly restrained.  Defendant's conduct could appropriately be labeled gross, aggravated, and an extreme departure from how an "ordinary" person would behave.

Criminal negligence doesn't always involve an illegal act.  The definition of California criminal negligence states that the individual acts recklessly, not unlawfully.  This means that if the defendant commits a legal act under circumstances that are likely to produce great bodily harm or death, he/she can be held criminally negligent.

Example:  A mother was charged with involuntary manslaughter when her child died of meningitis.18 A firm believer in Christian Science, the mother refused to seek medical treatment for her child and instead, relied on the Church's prayers.

Pursuing homeopathic or spiritual remedies for a sick child isn't typically unlawful.  However, the court held that when a child's life is threatened.as demonstrated by the child's weight loss, irritability, disorientation and irregular, heavy breathing.that lawful conduct becomes criminal.  The defendant was convicted of involuntary manslaughter based on her criminal negligence.19

The defendant must have a duty to act

Example: An elderly father, living with his son, was found dead.  His death was due to severe neglect which led to septic shock that was caused by bed sores that covered 1/6 of his body, malnutrition, and dehydration.20 The victim's daughter was one of the defendants charged in the case.  Although she didn't live in the home, she occasionally visited and had reportedly expressed concern about her father's condition. The court dismissed her charges, stating that even though she clearly had a moral duty to report her father's abuse, she was under no legal duty to act.  Since the brother was the actual caretaker -- and she didn't control his actions -- the court ruled that she was not criminally negligent.21

As you can see, California's application of criminal negligence can be technical and complex.  This is just one reason why it is important to consult with a California criminal defense attorney who has expertise in defending clients who are accused of being criminally negligent.

If you or loved one is charged with criminal negligence and you are looking to hire an attorney for representation, we invite you to contact us at Shouse Law Group. We can provide a free consultation in office or by phone. We have local offices in Los Angeles, the San Fernando Valley, Pasadena, Long Beach, Orange County, Ventura, San Bernardino, Rancho Cucamonga, Riverside, San Diego, Sacramento, Oakland, San Francisco, San Jose and throughout California.

Additionally, our Nevada criminal defense attorneys represent clients accused of violating Nevada's criminal negligence laws.  For more information, we invite you to contact our local attorneys at one of our Nevada law offices.22