In 18-3-402 CRS, Colorado law defines sexual assault (rape) as any forced or non-consensual sex act. Sex is automatically non-consensual if one party is intoxicated or unconscious. does not include mere unwanted groping.

"Any actor who knowingly inflicts sexual intrusion or sexual penetration on a victim commits sexual assault."

As a felony, rape carries from 2 years to life in Colorado State Prison. It also requires lifetime sex offender registration.

1. What constitutes sexual assault in Colorado?

Rape is a knowing act of unwanted sexual penetration. Specifically, sex becomes rape if either:

Sex acts that qualify as sexual penetration or intrusion include:

Therefore, 18-3-402 C.R.S. does not include groping. Non-consensual touching of breasts or buttocks would instead be charged as unlawful sexual contact (18-3-404 C.R.S.).

The age of consent in Colorado is 17 years old. But there are two close-in-age exceptions. Children under 17 may consent to sex if:

Sexual assault is generally a felony in Colorado. It is also an “extraordinary risk” crime. So the maximum sentence is extra harsh.

Rape is a class 4 felony when:

2.2. Sexual assault by force or drugging

Rape is a class 3 felony when the sex was accomplished by way of:

Rape is a class 2 felony when:

The rape penalty turns on whether the defendant used a deadly weapon. If there is no weapon, the sentence is:

If there is a weapon, rape becomes a crime of violence. It carries the following enhanced sentence:

The defendant also has to register as a sex offender.3

Statutory rape carries 6 months to 8 years behind bars depending on the ages of the people involved. See our article statutory rape for more information.

In most cases, a Colorado rape conviction requires lifetime sex offender registration. The following information about offenders is publicly searchable through the Colorado Bureau of Investigation (CBI). 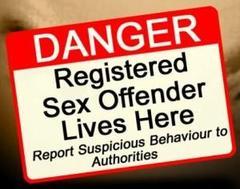 Convicted rapists must register as sex offenders in Colorado.

4. Are there other consequences?

A rape conviction has many non-criminal penalties as well.

Firstly, it shows up on background checks forever. Future employers and landlords will see it. So otherwise qualified candidates may get passed over for jobs and housing.

Secondly, convicted felons lose their gun rights. And the only way to reclaim firearm rights is through a Governor's Pardon. This is very hard to get.

Finally, rape is a deportable offense. So if the defendant is not a citizen, the state will fight to remove him/her from the U.S. Learn more about the criminal defense of immigrants.

5. What are the defenses?

The best way to fight rape charges turns on the facts of the case. Five common defenses include showing that:

Many rape cases fall into "grey areas." Maybe there was a miscommunication. And the defendant honestly believed the other person consented:

Example: Kim and Jordan are making out in his dorm room. Kim tells Jordan to "do it already." Kim means for Jordan to give her oral sex. But Jordan takes it as a green light to have intercourse. Kim protests when Jordan penetrates her, and Jordan immediately stops. But Kim calls the police claiming she has been raped.

Here, Jordan genuinely thought Kim consented. So under the law, he committed no crime. But the prosecutors may not believe Jordan and charge him anyway.

Sometimes defendants claim they were too drunk to realize the victim did not - or could not - consent. But courts are clear that voluntary intoxication - getting drunk or stoned on purpose - is never a defense to rape charges. (Colorado courts have not ruled whether involuntary intoxication could be a defense to rape charges.)6

In every criminal case, the D.A. has the burden to prove guilt beyond a reasonable doubt. This is a very high bar. And in most sexual assault cases, there are no eyewitnesses, video recordings, or rape kits. Oftentimes, the only evidence is dueling testimonies. Therefore, the state may have a difficult time getting a conviction for lack of proof.

Yes. Rape victims can pursue not only criminal justice by filing a police report. They can also seek civil remedies by bringing a lawsuit.

Three common causes of action rape victims sue for include:

Most lawsuits settle out of court. But if the case proceeds to trial, the victim can seek compensatory damages. This is meant to reimburse the victim for any:

The court may also award the victim punitive damages. This is meant to punish the rapist for his/her conduct. Depending on the case, punitive damages can amount to far more than compensatory damages.

Note that civil judges cannot order any jail time. Only criminal judges have that authority.

Also note that civil cases are easier to win than criminal cases. In a civil lawsuit, the plaintiff (victim) has to show only by a preponderance of the evidence that the defendant (accused) is liable. Therefore, it is possible for an alleged rapist to be acquitted in criminal court but found liable in civil court.

The following advocacy and crisis organizations provide information and help to survivors of sexual assault:

Call our Denver criminal defense attorneys at 303-222-0330 for a consultation today free of charge.