In Colorado, the police need probable cause to believe you have engaged in criminal activity before they can place you under arrest. The police generally have to witness criminal activity or have a warrant for your arrest. In some cases, the police may lawfully detain you for a limited time without placing you under arrest. After an arrest, the suspect is generally booked and may be released on bail to wait for their court appearance. In this article, our Colorado criminal defense lawyers will address: 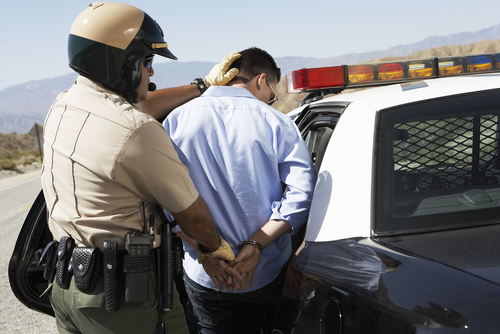 In Colorado, the police need probable cause to believe you have engaged in criminal activity before they can place you under arrest.

1. Why was I arrested in Colorado?

The police need probable cause to make an arrest in Colorado. If the circumstances, evidence, and observations would give a prudent person the belief that a suspect has committed a crime, then the police can make an arrest.

However, if the police do not witness the criminal activity, they may have to go to a judge to get a warrant to make an arrest. The police and prosecutors may submit evidence and affidavits to support their case and if the judge finds probable cause, they may issue a warrant to arrest the suspect.

In some cases, a traffic stop can lead to an arrest. If the police pull over a driver for a traffic violation, they may run their name through a database. If the driver has a warrant for their arrest, the police will take the driver into custody.

The police may wrongfully arrest an individual without having probable cause. However, even if the police violated your rights by arresting you without probable cause, the time to challenge your arrest is not during the arrest. Fighting back during an arrest or booking may result in additional criminal charges and possible injury. Instead, you may have to wait until you are released on bail so you can talk to your attorney about the situation and your wrongful arrest. (Read our article on attorney-client privilege in Colorado.)

2. Have I been arrested or detained?

If you are not under arrest, you generally have the right to calmly walk away from a police interaction. However, the police may be able to temporarily detain you without having probable cause to make an arrest. In Colorado, police generally need to have “reasonable suspicion” to detain you. They can detain you for long enough to reasonably conduct an investigation to determine if there is probable cause to make an arrest.

3. Why did I have an arrest warrant?

In order to get a warrant issued for your arrest, the police and prosecutors may provide

If the judge finds there is probable cause to believe you are involved in criminal activity, they may issue an arrest warrant.

4. What happens during the arrest procedure?

An arrest occurs when the police take you into custody and you are not free to leave. This generally involves placing the suspect in handcuffs and placing them into the police car. The police arrest is generally accompanied by a reading of your “Miranda Rights” or “Miranda Warnings.”

The police will then ask if you understand your rights. After that point, if the police ask you any questions, your answers can be used against you. After the police read you your rights, the best course of action may be to say you do not want to answer any questions until you speak to your lawyer.

The police may pat you down or frisk you to see if you are carrying any weapons. They may also search the area immediately around you to look for weapons or evidence. The police may then take you to the jail or police station for the booking process.

5. What if the police didn't read my Miranda warnings?

The police in Colorado are to inform you of your Miranda rights when you have been arrested and are being interrogated. Many people are under the misconception that if the police do not read them their rights they can automatically win their case. The Miranda warnings only apply to custodial interrogation.

6. What happens after an arrest?

An arrest is generally followed by the booking process and then posting a bail bond to get released from jail. Booking consists of taking your photograph, or “mugshot,” taking your fingerprints and gathering other basic information. You may be searched and an inventory taken of your possessions.

Depending on the criminal charges, you may be held for a period of time or released ona bail bond. To be released on bond, it may require putting up money to ensure you will return for your court date or paying a bail bond company a fee to secure your release. As soon as possible after an arrest, you should contact your Colorado criminal defense attorney.

If you have been arrested by a police officer or Sheriff's deputy in Colorado, please contact us at Colorado Legal Defense Group.