Colorado’s Veterans Trauma Court (VTC) permits eligible military members facing felony prosecution to undergo rehabilitation instead of jail. And upon successful completion of VTC, the charges may be reduced or dismissed.

VTC is an alternative sentencing program geared for military veterans with Trauma Spectrum Disorder or with substance abuse issues. The majority of veteran service members who finish the VTC court program do not get into trouble with the justice system again.

In this article, our Denver Colorado criminal defense attorneys answer frequently-asked-questions about Veterans Trauma Court in Colorado. Click on a topic to jump to that section. 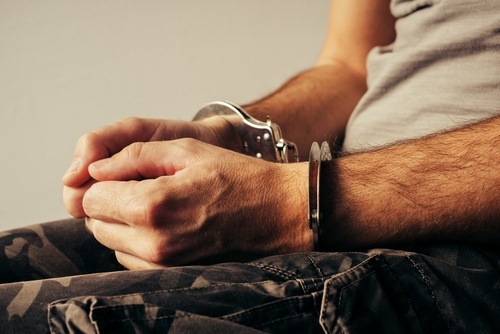 Veterans Trauma Court helps reduce recidivism by helping veterans instead of punishing them.

1. What is Veterans Trauma Court in Colorado?

VTC has four “phases” participants have to complete:

Considered a “problem-solving court,” VTC demands sobriety, including no ingestion of alcohol, drugs or marijuana. VTC participants get routinely drug tested and may be ordered to wear SCRAM alcohol-monitoring bracelets.

Upon successful completion of the criminal case, the judge may shorten the veteran’s probationary period, dismiss his/her case and/or seal the criminal records.

In most cases, a VTC participant has to meet the following eligibility criteria:

Additionally, VTC typically does not allow defendants who have been previously convicted of a felony which:

Ultimately, the local district attorney’s office determines which defendants are eligible for VTC and reserves the right to reject a veteran’s request for participation. Veterans can self-refer or get a referral by their attorneys, public defender, family members, or VTC peer mentors.

Veterans can self-refer or get a referral by their attorneys, public defender, family members, or VTC peer mentors. Typically, the first step involves attending a VTC briefing. Then the veteran has to provide proof of service (DD214 or ERB/ORB), complete a Risk and Needs Assessment (RANT). The D.A.’s office makes the final decision.

In many cases, veterans who are accepted into VTC do not have to do more time as long as they follow the rules and complete the program.

5. Will my case get dismissed if I complete Veterans Trauma Court in Colorado?

Every case is different and depends on the terms of the veteran’s initial plea agreement. But in many cases, a benefit of finishing VTC is that the court will dismiss the veteran’s criminal charge.

6. What happens if I violate the rules of Veterans Court in Colorado?

The penalty for breaking VTC rules varies from a warning to being kicked out of the program. Specifically, the possible “sanctions” include:

Note that the following are some examples of infractions that violate VTC rules:

If the judge terminates a veteran from the program for non-compliance, the judge will impose all penalties the veteran would have received had he/she not entered VTC.

8. Does my jurisdiction offer Veterans Trauma Court in Colorado?

Are you a veteran or active duty military member who is facing criminal prosecution in Colorado? We are grateful for your military service, and our Denver criminal defense attorneys are here for you. We will fight to get your charges lessened or dismissed. And depending on the case, we may be able to get you admitted to Veterans Trauma Court to avoid jail and get help. Call us today at (303)222-0330 for a free consultation.

Arrested in Nevada or California? Visit in our information pages on Nevada Veterans Court and California Veterans Treatment Court and Military Diversion.

Can you seal a felony record in Colorado?

There is a waiting period to seal certain types of felony convictions under Colorado law, and some of the more serious felonies may not be sealed at all. But if the felony charge gets dismissed, then it can be sealed right away. The following table summarizes the waiting period for sealing Colorado criminal records for ...

Colorado DUIs are prosecuted as class 4 felonies in the following two situations: The defendant has three prior convictions of DUI, DUI per se, or DWAI; or The incident caused serious injury, even if the defendant has no prior DUIs 1. Fourth-time DUIs Driving under the influence of alcohol or drugs is typically a traffic ...

Can I be extradited back to Colorado for a misdemeanor?

Yes. Although in practice, Colorado police rarely take the time and expense to extradite fugitives to Colorado who are facing only Colorado misdemeanor charges. 1. What is the definition of extradition to Colorado? Extradition is how a state government physically brings back a fugitive to that state to face charges for crimes the fugitive allegedly ...

There are several tests that measure the amount of marijuana in someone’s system. However, they are unreliable for cases of driving under the influence of drugs (DUID), largely because there is no “legal limit” for marijuana. Without a test that is similar to a breathalyzer for drunk driving, police still have to use faulty drug ...