Labor Code 132(a) prohibits employers in California from retaliating against workers for filing or planning to file for workers’ compensation benefits. Employers who do so face criminal prosecution under state law for a misdemeanor charge. Injured workers can also be awarded money damages, including lost wages, back pay, attorney fees, and possible reinstatement.

The language of the statute states that:

Below, our California employment law attorneys will explain: 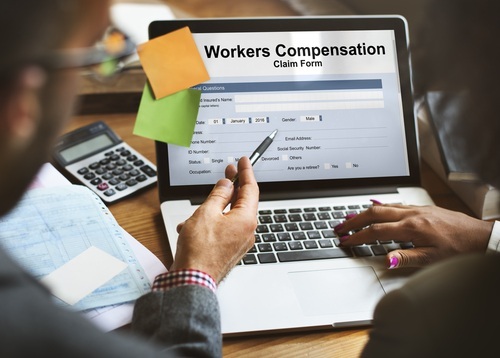 Employees who are retaliated against for filing for workers’ comp can file a claim for damages against their employer.

California Labor Code 132a establishes a policy that employers should not discriminate against workers who are injured in the workplace. The labor code provides for damages for any employee who is discriminated against for filing (or intending to file) a workers’ compensation claim. 1

A Labor Code 132a claim can also seek to impose penalties against an employer who discriminates against a worker. Firing or threatening to fire an employee because the employee filed a claim for compensation may be charged as a misdemeanor. Employers also cannot threaten other employees who testify in another employee’s workers’ comp case.

Example: Pauline is a dog groomer at Shaggy Sheen Pet Grooming. When Pauline was brushing a dog, the dog bit Pauline, causing serious dog bite injuries to Pauline’s hand. Pauline had to seek medical care and could not use her hand for 4 weeks.

Pauline told her boss that she was going to file a workers’ compensation claim. Pauline’s boss said she should have been more careful and she was fired. Pauline’s boss likely violated Labor Code 132a because the boss fired the employee because of the workplace injury or workers’ comp claim.

2. What is a workers’ compensation discrimination claim?

In order to make a workers’ compensation discrimination claim under Labor Code 132a, the employee must establish the following elements:

3. What is considered workers’ compensation discrimination?

An adverse action against an employee may include any type of treatment that disadvantages an employee. This generally includes wrongful termination or threatening to fire an employee. However, it could also include:

An employer does not necessarily have to follow through on the adverse action. For example, threatening an employee may be considered unlawful discrimination even if the employer never actually fires the employee.

Example: Martin is working on a construction site when he falls off scaffolding. Martin feels fine at first but the next day he notices back pain and tingling in his legs. Martin talks to his boss about going to the doctor.

Martin’s boss says if Martin tries to file a workers’ comp claim, he may find out that he isn’t going to be qualified for most of the upcoming construction site jobs.

Martin’s boss may be breaking California labor laws by making an implied threat that he won’t give Martin any work in the future if he reports the injury.

4. How do I know if my employer fired me because of the workers’ comp claim?

It may be a defense for the employer to show there was a reasonable business necessity for terminating the employee. For example, an employer is not compelled to reemploy an unqualified employee or an employee for whom a position is no longer available. Similarly, an employer may not be guilty of discrimination if the employee cannot perform the work without risk of re-injury or further injury.4

Example: Seth worked as a roofer for Slippery Slope Roofers. Seth slipped on some roofing shingles and fell off the roof, suffering a serious head injury. Seth filed a workers’ comp claim and was out of work for 3 months.

After 3 months, Seth returned to his job. However, Seth told his boss that because of the head injury, Seth could not work in high places. Seth’s boss said that there was no more work for him as a roofer.

Seth filed a claim for workers’ comp discrimination. However, even if Seth can establish a prima facie case for discrimination, the employer may have a reasonable business necessity. As a roofing company, the work that an employee has to do requires working in a high place. Seth may be no longer qualified for the position if he could not work on roofs.

5. What kinds of damages can I get after a 132a claim in California?

California Labor Code 132a provides for specific damages. An employee who is discriminated against can receive:

6. What is serious and willful misconduct?

An employer commits “serious and willful misconduct” if it intentionally acts – or fails to act – with the knowledge that a serious injury will probably result. An example is an employer knowing that its factory has serious safety hazards but choosing not to fix them.

When an employee’s work injury is caused by the employer’s “serious and willful misconduct”, the employee’s workers’ comp benefits can be increased by up to 50 percent. (The worker can also receive up to $250 in costs and expenses.) But the total award may not exceed what the employee could have received in a traditional civil case.5

A workers’ compensation discrimination claim is handled by the California Workers’ Compensation Appeals Board (WCAB). A claim for reinstatement, increased compensation, and reimbursement is made by filing a petition with the WCAB.6

An employee has one year (1-year) to file a claim from the date of the discriminatory act or the date of termination.

The WCAB handles claims for increased compensation, reimbursement, and reinstatement. However, the WCAB does not determine whether the employer is guilty of the misdemeanor charge. The appeals board or the employee may complain about the misdemeanor violation to the Division of Labor Standards Enforcement (or the office of the public prosecutor).

If you have any questions about filing a workers’ comp discrimination claim or want to know if your labor rights were violated, contact your California employment discrimination attorneys.

For questions about workers’ comp retaliation or discrimination or to discuss your case confidentially with one of our skilled California labor and employment attorneys, do not hesitate to contact us at Shouse Law Group.

2020 UPDATE: On August 14, 2020, the Ninth Circuit ended California’s ban on high capacity magazines (HCMs). It ruled that PC 32310’s ban on HCMs violates the Second Amendment. The article below was written before this ruling. Beginning on January 1, 2017, California has a number of new laws that would restrict residents right to ...

5 Legal “Self Defense Weapons” in California

Is California a “Stand Your Ground” State?

Is CA a "Stand-Your-Ground" State? A former DA explainsWatch this video on YouTube Under California self-defense laws, you generally have the right to “stand your ground” and defend yourself and others without retreating. There is no state law statute that authorizes this right that there is no duty to retreat. Instead, case law and jury instructions ...