That said, the employer’s liability in a harassment lawsuit depends on:

As any knowledgeable California employment attorney can tell you, workplace harassment in California is not just about supervisors hitting on or denigrating their subordinates. Anyone in the workplace might be harassed by anyone else in the vicinity, including non-employees. 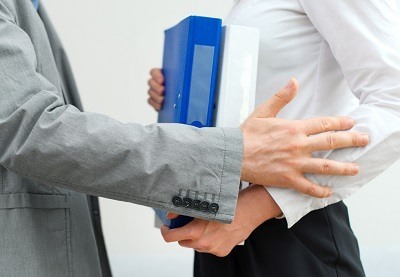 An employer’s liability for sexual harassment depends in part on the relationship between the harasser and the harassment victim.

Below, our California labor and employment lawyers answer the following frequently asked questions about supervisor & non-supervisor workplace harassment under the Fair Employment and Housing Act (FEHA):

If, after reading this article, you have further questions, we invite you to contact us at Shouse Law Group.

1. What is the Law Regarding Workplace Harassment by a Supervisor?

Harassment by a supervisor is what most people think of first when they hear about workplace harassment. Supervisor harassment under the FEHA can consist of either:

The key point to know about either type of harassment by a supervisor in California is this: if the harassment is perpetrated 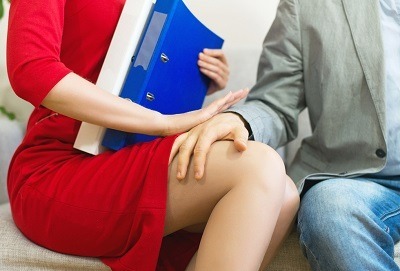 Employers are strictly liable for sexual harassment committed by supervisors.

This means that, if an employee brings a harassment lawsuit, an employer can be liable for damages for the supervisor’s harassment regardless of whether it acted reasonably to prevent such harassment from occurring.3

Example: Rob is the principal of a public school. Kelly is a teacher at that same school. Rob tells Kelly that he will arrange for her to teach the “gifted” class at the school–known for being an easier and more enjoyable teaching assignment than most–if she will have sex with him.

The public school district that employs Rob and Kelly has gone out of its way to train employers and employees on how to avoid harassment. When Kelly tells the superintendent about Rob’s proposal, Rob is immediately put on leave from his position.

Still, because Rob is a supervisor, the district will be liable to Kelly for damages in a lawsuit if she decides to sue over Rob’s quid pro quo sexual harassment.

Even so, a California employer can still limit (but not entirely avoid) damages in a harassment lawsuit by showing:

1.1. What is the definition of a “supervisor” under California harassment law?

In California, the definition of supervisor under the FEHA’s harassment provisions is particularly broad. It includes any person who, using independent judgment: 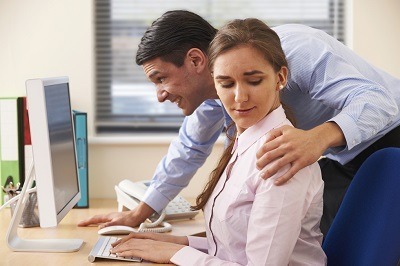 Under this definition, it is likely that “lead workers” or “forepersons” would count as supervisors, even if they can only assign tasks and are not responsible or accountable for the employees’ work product.6

2. Can Employees Sue for Workplace Harassment by Non-Supervisors?

California employees may still sue their employers under the Fair Employment and Housing Act if they experience harassment at the hands of a fellow employee who is not a supervisor. (This will mean hostile work environment harassment rather than quid pro quo sexual harassment.)

However, if the alleged harasser is not a supervisor, the employer is only liable in a workplace harassment suit if the employer was negligent. This means that both of the following must be true:

This type of case will revolve around 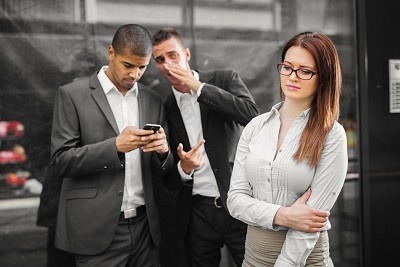 Employers are liable for harassment by coworkers only if the employer was negligent in handling the harassment.

Example: A small video game development company hires Manesh as a game designer. Manesh is known in the industry as a genius at his job. But his last employer tells the new company that Manesh has a track record of “un-PC behavior.”

Sure enough, once Manesh starts work at the game development company, he begins making frequent sexually explicit jokes around both female and male colleagues. He also casually uses a lot of ethnic slurs, including some that refer to the ethnicities of his coworkers.

None of Manesh’s coworkers has the courage to complain to management. But managers do overhear his offensive comments frequently.

If a coworker of Manesh eventually sues the game development company on a claim of “hostile work environment” harassment by Manesh, the company may be found negligent because there is evidence that it was on notice about Manesh’s harassing behavior.

3. Can Employees Sue for Harassment by a Customer or Client?

A problematic situation arises when an employee experiences harassment (sexual or otherwise) by a customer or client of the business, especially an important one.

Usually, the employer’s instinct is to please and placate the customer or client, in order to retain their business. But from the standpoint of California harassment law and the FEHA, it would be unwise to follow this instinct. 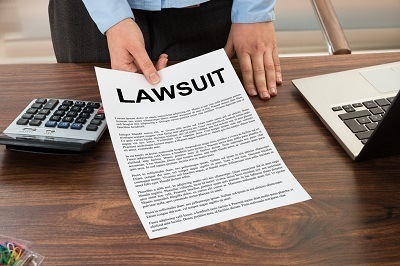 Under some circumstances, California employees can sue their employers for harassment committed by a customer or client.

Negligence means that the employer knew or should have known of the harassment and failed to take appropriate corrective action (taking into account the employer’s degree of control over the client/customer/etc.).8

Example: Lily is a young lawyer at a business law firm. A partner at the firm asks Lily to take John, an important client, out to dinner.

At the dinner John drinks too much and ends up making aggressive sexual advances at Lily. She is forced to ask the waiter at the restaurant for help in fighting him off.

Lily is familiar with California employment and harassment law. She figures that she does not have a claim against her law firm for John’s harassing behavior, since there is no evidence that the firm behaved negligently. She does not tell the partners about the incident.

But a few months later Lily tells another female lawyer about her experience. This woman tells Lily that John has behaved that way toward other firm lawyers in the past and the partners knew about it. She also says that the partner probably asked Lily to go out with John deliberately, because he could tell she was “his type.”

This information suggests that Lily might be able to sue her employer for harassment by a client–since it indicates that the firm know about the harassment and did not do anything to prevent it.

All employers who are aware of harassment of their employees by clients, customers or independent contractors have an obligation to take steps to alleviate the hostile work environment this creates. This is true even in situations where a certain amount of sexual harassment would almost seem inevitable (for example, with a female employee working at a men’s prison).9

For questions about workplace harassment by supervisors and non-supervisors under California’s Fair Employment and Housing Act, or to discuss your case confidentially with one of our skilled California sexual harassment attorneys, do not hesitate to contact us at Shouse Law Group.

How to File a Harassment Complaint with DFEH