How to bring a foreign fiancé to the U.S. (K1 Visa)

U.S. citizens in California may sponsor their foreign fiancé(e)s to come to the U.S. on a fiancé/ fiancée visa. These visas are also called K-1 visas.

K-1 visas give couples only 90 days to get married after the foreigner comes to the U.S. Following the wedding, the alien fiancé(e) may adjust status to a legal permanent resident.

In this article, our California immigration lawyers answer frequently-asked-question about fiancé(e) visa in California, including eligibility, application processes, time frames, and fees. Click on a topic to jump directly to that section: 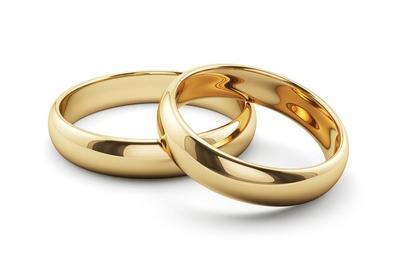 K-1 visa allow foreign fiancé(e)s of a U.S. citizen to come to the U.S. to get married.

Foreigners engaged to U.S. citizens may be able to come to the U.S. on a K-1 visa to get married. The three requirements for getting a K-1 visa are:

Note that same-sex couples are equally as eligible for K-1 visas as opposite-sex fiancé(e)s.3

The application process for a fiancé(e) visa includes the following steps:

Note that even having a K-1 visa still does not guarantee entry into the U.S. Customs and Border Patrol (CBP) conducts a final background check at the port of entry. The foreigner should be prepared to show his/her passport and other supporting documentation.

Foreign fiancé(e)s are given instructions in advance about what to bring to his/her visa interview at the U.S. embassy or consulate. Typically, the non-citizen fiancé(e) needs to bring the following documentation:

If the non-citizen fiancé(e) was divorced or widowed, he/she should also bring divorce or death certificates as proof.4

The time frame takes about six (6) to nine (9) months from beginning to end.5

4. When do I have to get married on a K-1 visa in California?

After a non-citizen fiancé(e) enters the U.S. on a K-1 visa, the couple has 90 days to marry. Then if the foreign spouse wishes to remain in the U.S., he/she is required to apply for a green card using a I-485 form.6

Every stage of the fiancé(e) visa procedure has an associated fee. The current costs are:

6. Can children of a foreign fiancé(e)s come to the U.S.?

Generally yes. Children of K-1 visa-holders may enter the U.S. on a K-2 visa. However, only unmarried kids under age 21 may qualify for a K-2 visa.

In order for children to get K-2 visas, the U.S. sponsor needs to include their names on the I-129F petition.8

If you are engaged to a foreigner, contact our Los Angeles K-1 visa attorneys. We will calculate your eligibility for a fiancé(e) visa and help you through the application process. Call us for a free consultation.

See our article on K-1 visas in Nevada.

The Medical Board of California (“MBC”) investigates medical billing practices in California. The MBC is a state governmental agency within the California Department of Consumer Affairs. The Board’s mission is to review and investigate complaints about, and discipline physicians and allied healthcare professionals. A few examples of the types of complaints reviewed by the Medical ...

What is Aggravated Kidnapping?