California Penal Code 404.6 PC defines the crime commonly referred to as inciting a riot. This means to cause (or to attempt to cause) a riot by way of urging other people

(c) Every person who incites any riot in the state prison or a county jail that results in serious bodily injury, shall be punished by either imprisonment in a county jail for not more than one year, or imprisonment pursuant to subdivision (h) of Section 1170.

To commit this crime, the defendant himself does not actually need to engage in rioting or violence. Urging others to do so is sufficient. Nor is it necessary that the “incitement” actually causes these other people to riot, commit violence or burn or destroy. All that’s necessary is that the accused was trying to instigate these things. 1 2

However, it’s only incitement to riot if a person acts where there is a “clear and present and immediate danger” of these acts of rioting, violence or burning actually happening. Examples would include:

California courts have found that Penal Code 404.6 is not unconstitutional insofar as being too vague, giving police officers too much discretion, or infringing on free speech. 3

Defense to an “Incitement to Riot” Charge

Arrests for this criminal charge tend to arise out of very chaotic situations. It’s easy for witnesses, especially the police, to be so frazzled by the chaos that they misperceive who in the crowd was actually rioting or trying to incite violence. Consequently, many false arrests get made.

Typical defenses that we have successfully asserted in these sorts of cases include:

In the latter case, it can be very useful to run a Pitchess Motion to get the personnel and disciplinary history of the arresting officers. If we find they have a history of misconduct, this can undermine their credibility and often get Penal Code 404.6 charge reduced or dismissed. 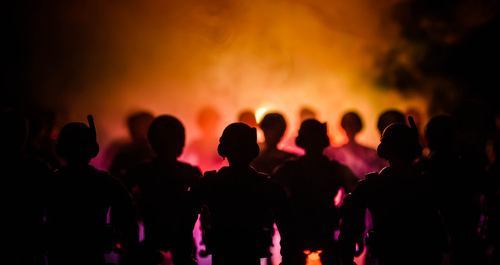 When police make arrests at a mob scene or unruly gathering, a number of charges may get filed, in addition to rioting

Penal Code 404.6 PC is a U.S. misdemeanor in California law Conviction can trigger up to one year of county jail, and a fine of up to $1000.00. 4 However, a judge may grant probation with little or no jail time. Probation will require that the defendant stay out of trouble, or risk getting violated and sent to jail for up to the maximum term.

Inciting a jail or prison riot (where someone suffers serious bodily injury) makes the punishment wobbler, meaning it can be filed as either a misdemeanor or a felony in California law.5 As a felony, it carries up to three years in California state prison.

When police make arrests at a mob scene or unruly gathering, a number of charges may get filed, in addition to rioting. Some of the other typical charges include:

Participation in a Riot

Codified in California Penal Code 404, participating in a riot is where two or more people act together to 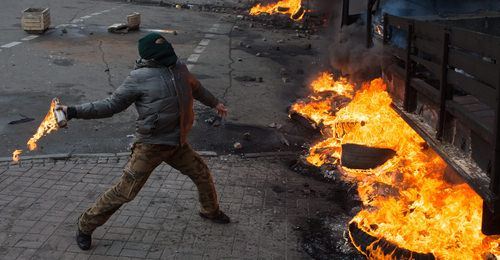 To be liable under Penal Code 404 and 405, however, one must personally be committing violence, threats or disturbing the peace.

Unlike inciting a riot, this crime requires active participation in the rioting. One can incite a riot just by urging or instigating others to riot, even if the inciter never actually participates. To be liable under Penal Code 404 and 405, however, one must personally be committing violence, threats or disturbing the peace.

Penal Code 404 defines what a riot is. Penal Code 405 makes it a misdemeanor to engage in rioting, punishable by up to a year of incarceration.7

California law as to unlawful assembly, in Penal Code 407 & 408, makes it a crime for two or more people to gather in assemblies to commit illegal acts or in assemblies that are “violent or which pose a clear and present danger of imminent violence.”8 Merely being present in the unlawful assembly can be a crime, even if a particular person is not actively engaged in violence.9

A group gathered together to riot, or where incitation to rioting is taking place, would fit the legal definition of unlawful assembly. However, because freedom of peaceful assembly is protected by the First Amendment, courts strictly limit who can be prosecuted for this offense…only those who assemble to commit violence or where there is an immediate danger of violence.

Codified in Penal Code 409 PC & Penal Code 416 PC, “refusal to disperse” is when a person refuses to leave the scene of a riot or unlawful assembly, even after being ordered to do so by law enforcement. A person who refuses to disperse--and who remains and urges on potential rioters--could be charged under Penal Code 404.6 and 409 & 416.

Along with unlawful assembly, the United States Constitution limits the application of this law. To be liable under Penal Code 409 or Penal Code 416, the dispersal order must have been necessary to prevent violence or to alleviate a threat of immediate violence.11And authorities must distinguish between wrongdoers and mere bystanders.12

Penal Code 415 PC “disturbing the peace” (disorderly conduct) is where one engages in fighting, uses fighting words, or makes unreasonable noise. Even if the police can’t prove that someone was “inciting a riot,” they may be able to make a Penal Code 415 case if the person was fighting, challenging others to fight, or making a loud, public disturbance.13

Here too, there are strict constraints on when people may be prosecuted. They can’t be prosecuted just for engaging in expression, even loudly. The “unreasonable noise” must be intended to disturb and disrupt others, or in a time and place where it is likely to do so.14

If you or a loved one is charged with Penal Code 404.6 inciting a riot and you are looking to hire a criminal defense attorney for representation, we invite you to contact us at Shouse Law Group. Our DUI/criminal law firm can provide a consultation in the office or by phone.

Believe it or not, there are several California crimes that you can commit by getting married. These include bigamy, incest, and marrying the spouse of another. 1. How does California law define “bigamy”? Penal Code 281 PC is the California statute that defines the crime of bigamy. This code section makes it illegal to marry one person while ...