The Negligent Operator Treatment System (NOTS) is a DMV process by which you can suffer a driver’s license suspension or revocation if you accumulate too many points during a given period of time.

Points are assigned for:

The DMV can suspend driving privileges if motorists accumulate:

The Department, however, must follow the steps in NOTS before doing so. These include sending the motorist: 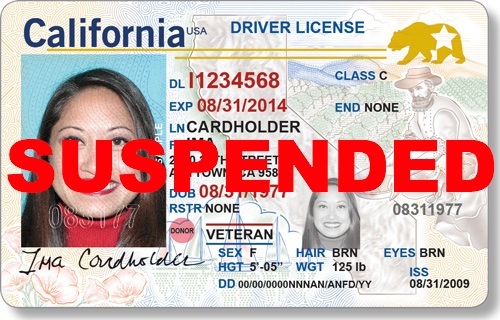 NOTS is the traffic law process the DMV must follow before it can suspend a person’s license for being a negligent operator.

1. What is the Negligent Operator Treatment System?

NOTS refers to a process. It is the process that the DMV (California Department of Motor Vehicles) must follow before it can suspend a California driver’s license. The suspension is for a person acting as a “negligent operator.”

The DMV declares motorists “negligent operators” if they:

The DMV issues points for the following:

An example of a moving violation is running a stop sign, Vehicle Code 22450 VC.

An example of a criminal driving offense is a DUI, reckless driving, or hit and run.

The California DMV can do the following if a person earns enough of a point count within a 1-, 2-, or 3-year period of time:

Example: Within a one-year time period, Paco is arrested and convicted for a California DUI. He also causes an accident and he gets a citation for speeding, per Vehicle Code 22350 VC. Here, Paco accumulated a total of 4 negligent operator points in a year for these traffic convictions. Per California law, the DMV can declare him a negligent operator and suspend his license.

Note that the Department must follow NOTS before it can suspend or revoke a driver’s license.

The Negligent Operator Treatment System involves four steps. These include the DMV sending the motorist:

2. What is the initial warning letter?

This letter communicates a warning to a driver. The warning is of a possible suspension because of points on the driver’s record.

The DMV sends a driver an initial warning letter if he accumulates a certain number of points in a specified time period:

This letter is called a negligent operator “Level I” letter. 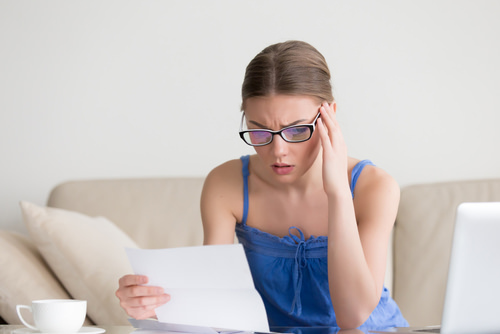 3. What is the notice of intent to suspend?

The DMV sends this letter to a driver to communicate its intent to suspend the person’s license.

The DMV sends this notice once a driver accumulates:

This notice is called a “Level II” letter.

4. What is an order of probation/suspension?

This letter is sent to drivers to communicate the following:

This order is sent to a person if he accumulates:

This order is called a “Level III” letter.

Note that a driver violates probation if he/she:

5. What is a violation of NOTS probation?

Drivers receive a violation of NOTS probation letter if they violate probation. This is called a “Level IV” letter.

The following are the penalties for violating probation:

A driver has to apply for a new license if a revocation.

6. What is a Negligent Operator Hearing?

A driver can request a DMV hearing (NOTS hearing) to:

This request comes after receipt of either a:

An administrative hearing officer may decide the following after a hearing:

Contact us if you need help fighting a license suspension.

Yes. Dumpster diving is unlawful both in the City of Las Vegas and throughout Clark County. Rummaging through other people’s trash is prosecuted as a misdemeanor, carrying a maximum punishment of: $1,000 in fines, and/or 6 months in jail The legal term for dumpster diving is “interference with or removal of containers.”1 What is dumpster ...

What to Expect at a DMV Hearing

Menacing Charge – What is it and how do I fight it?

Generally, menacing is the crime of using threats or actions to put someone else in fear of imminent danger, injury, or death. Some states call the offense menacing, while others call it making criminal threats or harassment. Some common defenses to the charge are that the danger was not imminent, the threat was vague, or ...

When are children in California too young to be prosecuted?

California relies on a blanket assumption that children under 14 are legally incapable of committing crimes. This means that even if they physically commit a crime, it will most likely not qualify as such because children this young don’t have the maturity or mental capacity to understand the wrongfulness of their actions. If, however, a ...