In California, jury misconduct is defined as any conduct that conflicts with the judge’s instructions as to how jurors should perform their duties.  This type of conduct therefore includes (but is not limited to):

There are a variety of reasons that a juror may be innocently excused or discharged during the course of a California jury trial.

Examples include (but are not limited to):

These acts do not involve any wrongdoing on the juror’s part.  When these types of events take place, typically the judge replaces the juror with an alternate juror.4

However, there are also times when jurors engage in an inappropriate and even illegal activity — an activity that can compromise a defendant’s right to a fair trial.  This type of conduct is referred to as jury misconduct.

What is the Legal Definition of Jury Misconduct in California?

In California law, the phrase “jury misconduct” encompasses a variety of issues.5 Simply put, jury misconduct is any conduct that conflicts with the judge’s instructions as to how jurors should perform their duties.  This type of conduct therefore includes (but is not limited to):

Jury Misconduct Only Triggers a New Trial if it is Prejudicial

It’s not enough that the jury engages in misconduct.  The critical issue is whether that misconduct leads to incurable prejudice.  However, a juror’s misconduct – any misconduct – creates a rebuttable presumption of prejudice.7

That said, an adverse defense verdict (that is, a guilty verdict) will only be reversed or vacated when “the court finds a substantial likelihood that the vote of one or more jurors was influenced by exposure to prejudicial matter relating to the defendant or to the case itself that was not part of the trial record on which the case was submitted to the jury”.8

This presumption of prejudice may be rebutted if

The Judge Decides Whether the Jury has Engaged in Misconduct

When there are allegations of juror misconduct, it is the California judge’s duty to investigate those allegations.  However, how to conduct that investigation and the determination as to whether one or more jurors has truly engaged in jury misconduct are matters that are purely within the judge’s discretion.10 Fortunately, California law offers some guidance to the judge.

Judges are not permitted to assume the worst of a juror. Nor can they simply take a juror’s statements at face value (for example, a juror who says “I just can’t deliberate” can’t simply be excused based on that claim alone).

The judge must conduct a reasonable inquiry into the juror’s ability (or inability) to perform his/her duties.  A juror’s inability to fulfill those duties must be clearly and unambiguously stated on the record.11 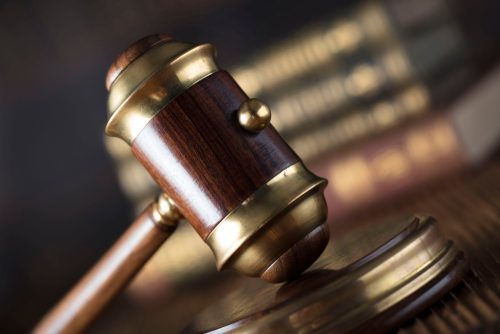 If the judge determines that the entire jury panel has been plagued by prejudicial misconduct, he/she may dismiss the entire panel.

What are the Remedies for Jury Misconduct?

Once a California judge determines that one or more jurors have engaged in jury misconduct and that that misconduct has interfered with the defendant’s right to a fair trial, the judge has several options.

If the judge determines that the entire jury panel has been plagued by prejudicial misconduct, he/she may dismiss the entire panel.  However, this remedy is rarely exercised, because discharging a jury without a verdict is equivalent to an acquittal.

As such, discharging the entire jury prevents the prosecution from retrying the case unless

Granting a motion for a new trial

The defense may be entitled to a new trial when the jury reaches a guilty verdict on one or more counts and when the verdict(s) may have been influenced by the jury misconduct.  This relief is available if the judge grants a California motion for a new trial.14

As San Francisco criminal defense attorney Jim Hammer15 explains, “If the information was ‘inherently and substantially likely’ to influence at least one member of the jury in a prejudicial manner towards the defendant, the motion should be granted.”16

And if the defendant’s California criminal defense attorney neglected to object to an obvious sign of jury misconduct – or didn’t properly object to an adverse judicial ruling on the issue – there is a possibility that the defendant could obtain a new trial based on a claim of ineffective assistance of counsel.

If you or a loved one is in need of help with jury misconduct and you are looking to hire an attorney for representation, we invite you to contact us at Shouse Law Group. We can provide a free consultation in office or by phone. We have local offices in Los Angeles, the San Fernando Valley, Pasadena, Long Beach, Orange County, Ventura, San Bernardino, Rancho Cucamonga, Riverside, San Diego, Sacramento, Oakland, San Francisco, San Jose and throughout California. For cases in Colorado, please see our page on jury misconduct in Colorado criminal cases.

1California Penal Code 1089 PC — Juror replacement.  (“If at any time, whether before or after the final submission of the case to the jury, a juror dies or becomes ill, or upon other good cause shown to the court is found to be unable to perform his or her duty, or if a juror requests a discharge and good cause appears therefor, the court may order the juror to be discharged and draw the name of an alternate, who shall then take a place in the jury box, and be subject to the same rules and regulations as though the alternate juror had been selected as one of the original jurors.”)

5California Penal Code 1181 PC — California motion for a new trial.  (“(“When a verdict has been rendered or a finding made against the defendant, the court may, upon his application, grant a new trial, in the following cases only.2. When the jury has received any evidence out of court, other than that resulting from a view of the premises, or of personal property; 3. When the jury has separated without leave of the court after retiring to deliberate upon their verdict, or been guilty of any misconduct by which a fair and due consideration of the case has been prevented; 4. When the verdict has been decided by lot, or by any means other than a fair expression of opinion on the part of all the jurors.”)

6California Penal Code 1122 PC — Instructions to jury before opening address and at each adjournment of court.  (“(a) After the jury has been sworn and before the people’s opening address, the court shall instruct the jury generally concerning its basic functions, duties, and conduct. The instructions shall include, among other matters, admonitions that the jurors shall not converse among themselves, or with anyone else, on any subject connected with the trial; that they shall not read or listen to any accounts or discussions of the case reported by newspapers or other news media; that they shall not visit or view the premises or place where the offense or offenses charged were allegedly committed or any other premises or place involved in the case; that prior to, and within 90 days of, discharge, they shall not request, accept, agree to accept, or discuss with any person receiving or accepting, any payment or benefit in consideration for supplying any information concerning the trial; and that they shall promptly report to the court any incident within their knowledge involving an attempt by any person to improperly influence any member of the jury. (b) The jury shall also, at each adjournment of the court before the submission of the cause to the jury, whether permitted to separate or kept in charge of officers, be admonished by the court that it is their duty not to converse among themselves, or with anyone else, on any subject connected with the trial, or to form or express any opinion thereon until the cause is finally submitted to them.”)

9In re Hitchings (1993) 6 Cal.4th 97, 119.  (“This presumption of prejudice ” ‘may be rebutted by an affirmative evidentiary showing that prejudice does not exist or by a reviewing court’s examination of the entire record to determine whether there is a reasonable probability of actual harm to the complaining party [resulting from the misconduct]…”)

10People v. Engelman (2002) 28 Cal.4th 436, 442.  (“Finally, the court does have a duty to conduct reasonable inquiry into allegations of juror misconduct or incapacity-always keeping in mind that the decision whether (and how) to investigate rests within the sound discretion of the court.”)

11People v. Bowers (2001) 87 Cal.App.4th 722, 729.  (“The trial court’s discretion under this section is “bridled to the extent” the juror’s inability to perform his or her functions must appear in the record as a “demonstrable reality,” and “court[s] must not presume the worst” of a juror.”)

12People v. Andrews (1983) 149 Cal.App.3d 358, 367.  (“We hold that when similar jury misconduct is brought to the court’s attention in future cases, the preferred procedure is to question the jurors in chambers to ascertain knowledge and prejudice, if any, to defendant and, based upon the information obtained, decide whether the proper remedy is admonishment, instruction or mistrial.”)

13People v. Hernandez (2003) 30 Cal.4th 1, 5.  (“Discharge of the entire jury without a verdict is equivalent to an acquittal and bars a retrial on double jeopardy grounds unless defendant consented to it, or legal necessity required it.”)

14See California motion for a new trial, endnote 5, above.

16In re Carpenter (1995) 9 Cal.4th 634, 653. (“To summarize, when misconduct involves the receipt of information from extraneous sources, the effect of such receipt is judged by a review of the entire record, and may be found to be nonprejudicial. The verdict will be set aside only if there appears a substantial likelihood of juror bias. Such bias can appear in two different ways. First, we will find bias if the extraneous material, judged objectively, is inherently and substantially likely to have influenced the juror. (E.g., People v. Holloway, supra, 50 Cal.3d at pp. 1110-1112; People v. Marshall, supra, 50 Cal.3d at pp. 951-952.) Second, we look to the nature of the misconduct and the surrounding circumstances to determine whether it is substantially likely the juror was actually biased against the defendant. (E.g., In re Hitchings, supra, 6 Cal.4th at p. 121.) The judgment must be set aside if the court finds prejudice under either test.”)