Qualified immunity is a legal doctrine that protects government officials from lawsuits seeking money damages. The doctrine applies when officers are exercising discretion in their official capacity. The defense of qualified immunity, when invoked successfully, leads to dismissal of civil claims.

The doctrine of qualified immunity protects different classes of government officials, state officials, and public officials. Some of these include:

Under this doctrine, police officers can act without fear of being sued. It can protect them as long as their conduct does not:

When government officials successfully raise this doctrine in a lawsuit, the court will generally dismiss the case.

Qualified immunity cases involve lawsuits that seek monetary damages in federal courts. If the lawsuit only demands a change in policy, this doctrine cannot be invoked.6

Questions of police reform have reached a fever pitch in the wake of the killing of George Floyd by Minneapolis police, and the police violence and police use of tear gas in the ensuing protests. Some members of the Senate in Congress suggest doing away with these police protections altogether. Meanwhile, the U.S. Supreme Court has recently turned down several federal appeals court cases involving how this doctrine keeps police brutality victims from recovering settlements.7 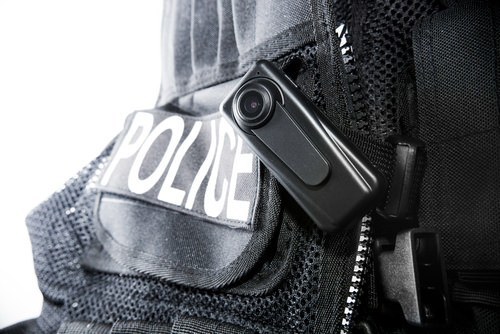 1. How can victims of police misconduct overcome qualified immunity?

Overcoming qualified immunity is critical in a police misconduct lawsuit. Claiming this doctrine is one of the first things that police officers do when they are sued. If they convince the judge that they are immune from the lawsuit, the judge will likely dismiss the case. The victims will recover nothing for their losses if this happens.

Police officers accused of misconduct have the burden of proving they are immune from a lawsuit. Victims can argue that immunity does not apply. To do this, one would have to show two prongs:

Only by overcoming the qualified immunity defense can a victim recover money damages.

A trial court’s / district court’s decision about these cases can be appealed right away. The case does not have to go to the end before it can be contested to an appeals court. Police officers can appeal lower courts’ decisions even if they prevailed on one of the steps.8

2. What is a constitutional right?

Constitutional rights are those that are enshrined in the U.S. Constitution or federal law.

In the context of police misconduct, they include:

3. When is a constitutional right clearly established?

What makes a constitutional right “clearly established” is up for debate.13 The Supreme Court has made conflicting statements about it. At best, the court has provided a general rule of thumb. A right is clearly established if a police officer had fair notice of it.14

However, police officers often stress that there are no laws that prohibit exactly what they did. Victims often have to show that the officer’s conduct was prohibited by a more general rule.

Example: An FBI agent searches a home without a warrant. The victims of the search claim it was an unreasonable search that violated their Fourth Amendment civil liberties. Law enforcement claims that the case involves particular details involving a constitutional question that have never been decided, before.15

4. What remedies are there for a civil rights violation?

Overcoming the qualified immunity test means the officer can be held personally liable for their actions. They can be compelled to pay compensation to the victim.

In California, law enforcement officers held personally liable are indemnified for their expenses.16 Their department will cover whatever civil liability damages are levied against the officer. However, holding the officer’s police department or town liable is important. It can mean the victim recovers what they deserve.

It is rare for the police officer’s employer to be held vicariously liable.17 When police commit misconduct, they usually violate official police procedures. This means the department or town is not liable for the misconduct because it broke their rules.

There is one way for the department or town to be held responsible for civil damages. This is if the officer was acting according to a policy or custom.18

(For cases in Nevada, please see our article on criminal justice cases against the government in Nevada).

What if I’m hit by a DUI driver with no insurance?