A Bivens claim is a civil rights lawsuit for monetary damages against federal officials. Victims can file a lawsuit if their civil rights have been violated by a federal worker.

The claim allows victims to recover compensation for their losses. It relies on an implied cause of action for civil rights violations. This means victims cannot pursue a Bivens lawsuit if there is another remedy.

A Bivens claim is a civil rights lawsuit. Victims can file a claim if their civil rights have been constitutionally violated by a federal agent. Successful claims lead to monetary damages. The federal officer can be held personally liable.

Bivens claims get their name from the court case that created them.1 They are different from other lawsuits that were created by a statute. Instead, courts created the lawsuits by implying a cause of action. The claim provides a remedy when federal agents violate U.S. law.

Victims can file this civil action against a federal officer who violated their civil rights. Civil rights are rights guaranteed by federal law or the U.S. Constitution. Examples of constitutional violations that can lead to liability include:

2. What is an implied cause of action?

Courts can imply a right of action when they see that a law has been violated but there is no remedy. If courts do not imply a cause of action, there would be no remedy. Without a remedy, there could be no lawsuit. Without a lawsuit, the defendant could violate the law again and again, without repercussion.

Courts only imply a cause of action as a last resort, however. If there is any other remedy available, they will refuse to imply one. They will also refuse to imply one if there are reasons not to. Bivens cases are no exception. If there is an alternative remedy available, courts will dismiss the lawsuit. They will also dismiss the claims if there are reasons to do so, such as when: 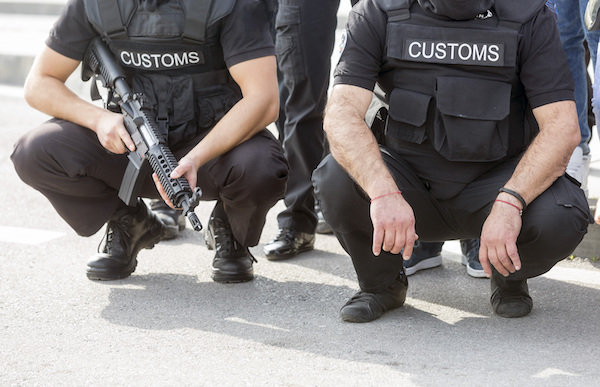 ICE is immune to Bivens claims.

3. Against whom can I make a Bivens claim?

Bivens claims can be filed in district court (lower courts in the U.S. judicial system) against individual federal officers. These individual officers have to work in agencies that are not protected from lawsuits. Officers susceptible to a claim include:

Some agencies are shielded from lawsuits by federal law. Certain statutes and regulations provide the exclusive remedies that victims can recover against these agencies.

Example: Bivens lawsuits cannot be filed against Public Health Service workers. There is a federal statute authorizing the exclusive remedy for their misconduct.11

When Congress did not provide a remedy for specific civil rights violations, victims cannot succeed in a claim.12 They also cannot pursue a Bivens lawsuit if there is an alternative remedy, however inadequate.13

Bivens lawsuits also cannot be filed against government entities for violations of constitutional rights. This means the following agencies cannot be sued:

In many cases, this is because the Federal Torts Claims Act already provides a remedy against them. However, the workers at these agencies can be sued as individuals.

Non-government parties cannot be sued in Bivens actions. This includes:

These people and companies can already be sued in court. Therefore, Bivens actions do not apply to them. There is already another remedy and proper proceedings for victims to use. Bivens lawsuits can be filed in state court.

Bivens lawsuits can be filed in state court. However, the federal official being sued has the right to remove the case to federal court.17

5. What damages could I receive?

These actions aim to recover monetary damages remedies from federal agents. This includes compensation as well as punitive damages.

The compensation aims to cover the victim’s:

Punitive damages, on the other hand, aim to punish the offending government official. They are typically only reserved for the most egregious conduct.

Attorney’s fees are not recoverable as a Bivens remedy.18 This is one of the ways that the cases are different from cases filed under 42 U.S.C. Section 1983.

6. What’s the difference between a Bivens action and a 1983 claim?

Common examples of state actors in a 1983 claim are city police officers who violated the petitioner’s federal rights by performing an unlawful search or coercing a confession. Note that victims may be able to sue federal officials through a 1983 claim if they acted alongside state or local officials.20

Contact our law firm today for legal advice on your constitutional tort cases.

How do police handle anonymous tips? A former DA explains

Yes. Police can act on anonymous tips if they follow the rules, laws, and procedures that have developed in accordance with the U.S. Constitution. Police contact with people usually occurs: on public streets, in motor vehicles, in homes or other buildings. The Fourth Amendment of the United States Constitution guarantees: The right of the people ...

People facing a bench warrant hearing must generally know the following: what it is, what to show a judge, why you should not avoid one, how to know if you are subject to one, and how a criminal defense attorney can help. A bench warrant in most states is a court order that instructs law ...

What is the definition of an “assault weapon” in California?

California defines an assault weapon by the firearm’s specific make, model, and series, as well as by its general characteristics. The list includes semiautomatic centerfire rifles, pistols, and shotguns. Firearms that fall under the definition of assault weapons are generally illegal within the state. Possessing an assault weapon is a wobbler offense. Manufacturing, selling, or ...