The age of consent in Arizona is 18 years of age. This means that anyone who is 17 or younger is legally incapable of consenting to sexual conduct. Anyone who has sex with someone under the age of consent can be charged with a serious sex offense. The crime is often a felony, and rarely a misdemeanor.

Arizona does, however, have an exception. Known as a close-in-age exemption or a Romeo and Juliet law, this exception allows young people who are close in age to have consensual sex with one another without breaking the law. The age of consent in Arizona is 18 years of age.

1. What is Arizona’s age of consent?

In Arizona, the age of consent is 18.1 Anyone who is a 17-year-old or younger cannot legally consent to sexual activity.

People can be charged with a sex crime even if the underage person consented, agreed, or actually initiated the sexual relations. Under Arizona’s age of consent law, their young age makes them incapable of giving sexual consent. Anything that they said or did to the contrary does not count.

2. Why is there an age of consent?

Age of consent laws aim to protect minors from sexual conduct that they are not mature enough to understand. It is based on the principle that are also unable to fully appreciate the long-term consequences of sexual intercourse.

By creating a minimum age limit for consensual sex, Arizona’s age of consent law aims to: 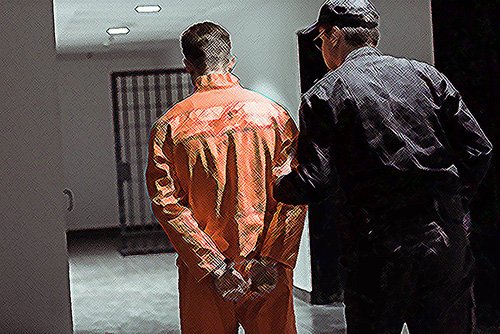 A conviction can lead to a prison sentence.

3. What crimes can be charged for having sex with someone underage?

Anyone who has sex with someone under the legal age of consent can be charged with a crime under Arizona state law. Depending on the nature of the sexual act and the circumstances surrounding it, the charge can be for:

3.1 Statutory rape, or sexual conduct with a minor

Under Arizona’s criminal law, the statutory rape law is known as sexual conduct with a minor. It is the act of knowingly or intentionally having sexual intercourse or oral sexual contact with someone under 18.2

Sexual intercourse includes any penetration into the penis, vulva, or anus by any body part or object. It also includes any sexual contact with the penis or vulva.3

If the victim was a 14-year-old or younger, the offense is a Class 2 felony and a dangerous crime against a child (DCAC).5 Convictions can carry the following prison sentences, based on any aggravating or mitigating factors found during the sentencing hearing, as well as on the defendant’s criminal background:

Prison sentences for sexual conduct with a minor must be served consecutively, not concurrently.6

A predicate felony is a:

If the victim was 15, 16, or 17 years of age, then the offense is a Class 6 felony.8 The potential prison sentences follow the felony sentencing chart. If the crime was not a dangerous offense, the potential sentences are9:

However, if the victim was between 15 and 18 and the defendant was in a position of trust, the offense becomes a Class 2 felony, though it is still not a DCAC.10 If the offense was not a dangerous one, the sentencing range is11:

These defendants are ineligible for many types of early release or probation.12

All defendants convicted for sexual conduct with a minor will have to register as a sex offender.15

In Arizona, the crime of sexual abuse involves intentionally or knowingly engaging in sexual contact with:

Sexual contact is using any part of the body or any object to directly or indirectly touch, fondle, or manipulate anyone’s genitals or anus, or a woman’s breast. It also includes causing someone else to engage in sexual contact, but does not include contact that a reasonable person would deem normal under the circumstances.17

This creates a very limited situation where someone under the age of consent in Arizona can consent to a small sexual act. If the minor over the age of 15 consents to sexual contact, the defendant is not liable for sexual abuse. It is up to the prosecutor to prove that the act was non-consensual.18

If the victim was 15 or older, sexual abuse is a Class 5 felony. If it was not a dangerous offense, it is punishable by the following sentencing range19:

If the victim was under 15 years of age, sexual abuse is a Class 3 felony and a DCAC offense. Convictions carry20:

Convictions for sexual abuse when the victim was under 18 require sex offender registration.21

4. What is Arizona’s Romeo and Juliet law?

In Arizona, there is a Romeo and Juliet law that can be used to defend against criminal charges for sexual assault or conduct with someone under the age of consent. The law protects young people in sexual relationships and who have a small age differential.

Arizona’s Romeo and Juliet law protects defendants when, at the time of the alleged offense:

The Romeo and Juliet law is an affirmative defense. The defendant has to raise it and prove that the sex was consensual and there was a small enough age difference that the defense applies.23

5. Are there any other defenses?

There are several defenses that defendants can raise after being accused of having sex with someone underage:

The Arizona Supreme Court has stated that all of these are affirmative defenses. The defendant has the burden of raising and then proving them.25

It used to be a defense that the defendant was not acting out of sexual interest.26 However, Arizona changed the law in April, 2018, to remove this potential defense.27