Penal Code 597.7 PC makes it illegal to leave a dog or pet unattended in a vehicle if the conditions would endanger the health or wellbeing of the animal. Relevant considerations include the weather, temperature inside the vehicle, amount of ventilation, lack of food or water, and length of time the animal is unattended.

In today's world, it's not uncommon for people to take their pets wherever they go: to the mall, the market, out to lunch.  And because this has become so commonplace, people often leave their animals behind in the car, often without giving it a second thought.

But the fact is that leaving your animal in an unattended vehicle may be a crime.  California's animal abuse laws prohibit this conduct when the animal is subjected to conditions that may affect the animal's health or safety.

Fortunately, we're here to help.  We know that most people who leave their animals in the car have done so with no criminal intent.  We understand California's animal cruelty laws and the most effective defenses to help clear you of these charges.

Below, our California criminal defense attorneys1 explain when leaving your animal in an unattended car may become a criminal act.

1. When is it illegal to leave your pet unattended in the vehicle? 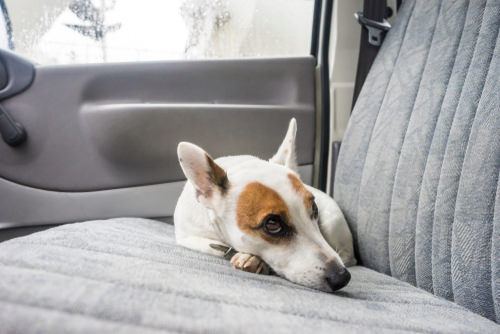 People often leave their animals behind in the car, often without giving it a second thought.

could subject you to criminal prosecution.2

It's also worth noting that another California law, Health & Safety Code 122335 HS, makes it a crime to tie a dog to a stationary object under most circumstances. This means that dog owners who need to restrain a dog outside of their home for whatever reason may find themselves caught between committing the crime of leaving an animal in an unattended vehicle and committing the crime of unlawful tethering of a dog.

Penal Code 597.7 PC was enacted in 2006.  The California Legislature based this law on the fact that leaving pets in a closed car in the heat -- even for a short period of time -- can cause severe injury and even death.

Even a moderately warm outside temperature such as 72 degrees Fahrenheit can quickly escalate inside a car, potentially adversely affecting the health, safety, and/or well-being of an animal.

The good news is that there are a variety of legal defenses to leaving an animal in an unattended car that your California criminal defense lawyer can present on your behalf.  The most common defense to this charge is that you did not endanger the animal's health or well-being.

As Rancho Cucamonga criminal defense attorney Michael Scafiddi4 explains, "Leaving your pet in an unattended car is not automatically a crime.  In order for the act to justify criminal prosecution, you must endanger the animal's health and well-being.  This means that just because someone reports you for leaving you animal unattended doesn't necessarily mean you have broken the law.") 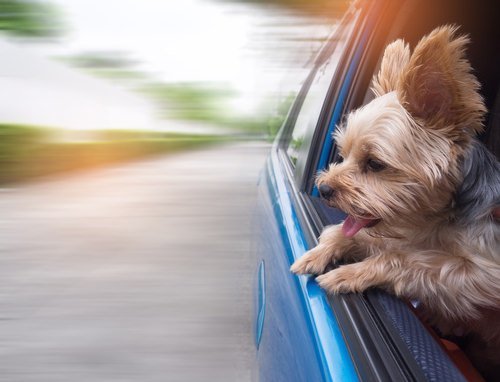 Perhaps you were out with your pet in between its meals, knowing that the animal would not need to eat again until you returned.  Maybe you just gave the animal water and knew you would return to the car before it needed to drink again.  Maybe the weather was mild enough that, with the windows left partially open, there was no risk of your animal overheating or freezing.

Maybe it was hot, but you were only going to be in the shop for a few minutes.  Before you returned, an overzealous officer saw the animal -- not knowing that you had just left the car and that you'd be back very shortly -- and acted immediately because he/she assumed that the animal would be in danger if left alone too long.

And because there is no clear cut line as to what constitutes endangerment, we can present the most effective arguments to convince a judge or jury that your act of leaving your pet in your car was not criminal.

A second or subsequent conviction subjects you to the same jail sentence and fine regardless of whether the animal suffers any injury at all.

In addition, law enforcement officers (including animal control officers and humane officers) who see an animal in a car that appears to be suffering are legally permitted to do whatever is necessary to remove the animal from the car.5

This means that in addition to the penalties listed above, you may have to pay to repair a broken window or door lock if the officer had to break into your car to remove the allegedly endangered animal.

Finally, because leaving an animal in an unattended car may also be considered an act of animal neglect, prosecutors could choose to file additional charges under the more serious offense of Penal Code 597 PC California's animal abuse law.6 If convicted of this crime, you face up to three years in the California state prison.

You may also find helpful information in our related article on California Police Dog Abuse.

If you or loved one is charged with Penal Code 597.7 PC leaving an animal unattended in a vehicle and you are looking to hire an attorney for representation, we invite you to contact us at Shouse Law Group. We can provide a free consultation in office or by phone. We have local offices in Los Angeles, the San Fernando Valley, Pasadena, Long Beach, Orange County, Ventura, San Bernardino, Rancho Cucamonga, Riverside, San Diego, Sacramento, Oakland, San Francisco, San Jose and throughout California.

Additionally, our Las Vegas Nevada criminal defense attorneys are available to answer any questions about Nevada's animal abuse laws.  For more information, we invite you to contact our local attorneys at one of our Nevada law offices, located in Reno and Las Vegas.7