It is a violation of California employment laws for an employer to discriminate against a person based on gender identity or gender expression. Transgender employees who are discriminated against by employers can file a lawsuit against the employer for damages.

Below, our California employment lawyers discuss the following frequently asked questions about lawsuits for gender discrimination against California workers: 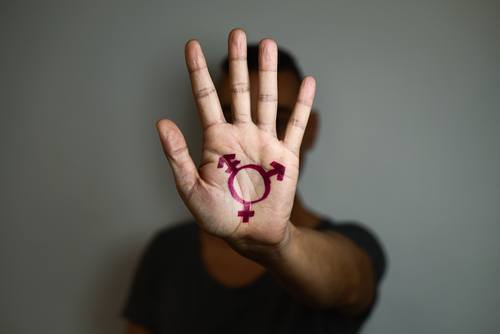 The California Fair Employment and Housing Act (FEHA) protects applicants and employees from discrimination based on gender, gender identity, and gender expression.

1. Is transgender discrimination against the law in California?

Gender discrimination in employment is a violation of California state and federal law. Under California law, the Gender Nondiscrimination Act and the California Fair Employment and Housing Act (FEHA) make it illegal for an employer to discriminate based on gender, including gender identity and gender expression.1

Under the FEHA, it is an unlawful employment practice for an employer to discriminate against a person because of his or her

Gender identity means, “each person's internal understanding of their gender, or the perception of a person's gender identity, which may include male, female, a combination of male and female, neither male nor female, a gender different from the person's sex assigned at birth, or transgender.”5

The laws prohibiting transgender discrimination in employment are intended to protect all workers by providing work opportunities based on an individual's abilities and not his or her gender. Employers and others may have gender-based stereotypes that would prevent them from giving individuals a fair chance to perform a job. These generalizations may include false ideas about the qualifications, job performance, physical abilities, work habits, and productivity of transgender individuals.

There are limited exceptions where an employer's practice may treat a group of employees differently. This is known as the “bona fide occupational qualification” (BFOQ) defense.10

An employer has to prove that such a practice is justified because “all or substantially all of the excluded individuals are unable to safely and effectively perform the job in question and because the essence of the business operation would otherwise be undermined.”11

These BFOQ exception cases are very narrow, including limited therapeutic or privacy-based exceptions, such as assigning same-sex childcare specialists or health care workers. Personal privacy considerations may justify a BFOQ where the job requires:

2. How are transgender individuals protected from employment discrimination?

The California Fair Employment and Housing Act (FEHA) protects applicants and employees from discrimination based on gender, gender identity, and gender expression.14

Federal employment laws do not specifically refer to transgender individuals as a protected class. However, the Equal Employment Opportunity Commission (EEOC) interprets and enforces Title VII's prohibition on sex discrimination as forbidding any employment discrimination based on gender identity or sexual orientation.15

Gender and transgender discrimination are prohibited in any aspect of employment or hiring. It is against California for an employer to do any of the following based on your gender identity or gender expression:

3. How do I know if I was discriminated against because of my gender identity?

It can be difficult to identify discrimination in the workplace. Employers often discriminate against individuals without saying anything out loud or putting anything in writing. However, discrimination against transgender employees still occurs silently or behind closed doors.

There are a number of signs that could indicate gender or transgender discrimination. This includes:

It is not necessarily a sign of gender discrimination if an employer asks an applicant questions like whether the individual is male or female, or his or her height and weight. However, these questions need to be applied equally to all job applicants and the information is to be used for legitimate record-keeping or screening purposes and not to discriminate.17

It is not acceptable for an employer to ask about an applicant's gender identity, gender expression, or whether the employee has had medical or surgical procedures related to gender. Employers can ask about gender or biological sex only if it is a bona fide occupational qualification.

4. Should I file a gender discrimination complaint with the EEOC?

While state and federal laws protect employees against gender discrimination, California law generally offers broader protections than federal law, including giving the employee more time to file a complaint, or applying to smaller employers. For these reasons, many individuals who have been discriminated against file claims with the DFEH first.

You can file a gender discrimination complaint directly with the DFEH. In general, you must submit a pre-complaint inquiry within three years of the last incident of discrimination, harassment, or retaliation. The complaint can be filed online, by phone, or using the form from the DFEH website. The pre-complaint inquiry will initiate an intake interview with the DFEH and help determine whether a complaint can be accepted for investigation.

An investigator will contact the individual who filed the complaint within 60 days and discuss the details of the inquiry. If the DFEH representative determines a complaint cannot be accepted, the matter will be dismissed, and the individual has the immediate right to sue their employer in court. If the representative accepts the pre-complaint inquiry, a complaint will be prepared for your signature and delivered to the employer. The complaint can also be dual-filed with the EEOC.

The DFEH Legal Division generally requires the parties to go through mediation. Mediation is a type of alternative dispute resolution where a neutral mediator facilitates a settlement. The mediator works with the parties to find a mutually agreeable solution. A benefit of mediation is that it allows the employer and employee to come up with their own way to settle the dispute, without leaving it all up to a judge to decide the outcome.

5. Can I sue my employer for transgender discrimination in California?

Employees who are discriminated against because of their sex or gender identity can sue their employers for discrimination. An employee generally has to file a complaint with the DFEH or EEOC before they can file a lawsuit in civil court.18

You are first required to obtain a “right to sue” notice before your case can be taken to court. You can request an immediate right to sue notice, without having to go through a complete DFEH or EEOC investigation. However, if you receive a Right-to-Sue notice, your complaint will not be investigated by DFEH. Alternatively, you may also wait until the DFEH dismisses your case or finds no violation before taking your case to court.

According to the DFEH, proceeding directly to court without an investigation by the DFEH is only advisable if you have an attorney. Your attorney can obtain a right to sue notice and file your case in California Superior Court, in the county where the discrimination occurred, or another relevant county.19

The complaint will be served upon your employer and anyone else named in the lawsuit. The defendants will respond to the complaint with a formal answer responding to the allegations, and the case may proceed through litigation. At any point before the end of a trial, the employer and employee can negotiate a settlement and settle the case out of court.

The damages available in an employment discrimination lawsuit will depend on the type of gender discrimination involved and the extent of the harm to the applicant or employee. This may include money damages, punitive damages, and equitable remedies.

Damages from employment discrimination based on transgender status may include losses from:

Employees who have suffered discrimination can also seek attorney's fees, court costs, and other damages associated with filing the lawsuit.20

Although rare, an employee may also eligible to receive punitive damages. Punitive damages act as a way to punish the behavior of the wrongdoer and can deter the employer or other employers from engaging in similar wrongful behavior in the future.

Another remedy in employment discrimination cases is reinstatement. If an employee has been fired based on their gender expression or identity, the court can require the employer to rehire the employee. However, the employee may not always want this remedy that requires them to return to the discriminatory workplace.

7. Can my boss fire me for reporting transgender discrimination?

If an employer retaliates against an employee for reporting FEHA violations, the employee may be able to file a complaint with the DFEH or file a lawsuit against the employer for retaliation or wrongful termination.

For questions about California transgender discrimination laws, retaliation, or to discuss your case confidentially with one of our skilled California employment law attorneys, do not hesitate to contact us at Shouse Law Group.