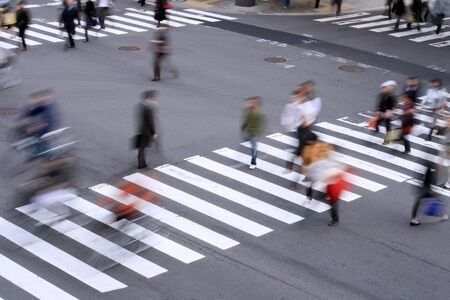 If you hit a pedestrian with your car in Las Vegas, you can be charged with a number of different criminal offenses depending on the circumstances of the accident, the injuries to the pedestrian, and what you did before or after the accident.

In addition to any criminal charges you may face, there is also the possibility of being sued by the pedestrian in civil court for any injuries they may have suffered.

Among the crimes you may be prosecuted for after hitting a pedestrian in Las Vegas:

For repeat DUI offenders, the penalties for killing a pedestrian while driving under the influence in Las Vegas can include life in prison. Nevada's vehicular homicide law (NRS 484C.130) applies to drivers who kill another person while driving under the influence, and who already have three prior DUI convictions. A conviction can result in a sentence of 25 years to life in prison.

Even drivers who are not under the influence can be charged with vehicular manslaughter if they hit and kill a pedestrian in Las Vegas “through an act or omission that constitutes simple negligence.” (NRS 484B.657). This can include such things as speeding, failing to stop at a stop sign or red light, driving at night with your lights off, or texting while driving. Vehicular manslaughter is a Nevada misdemeanor that can lead to up to six months in jail, $1,000 in fines, and a license suspension.

If you flee the scene and fail to render aid to a pedestrian who has been injured or who ultimately dies as a result of his injuries, you could be found guilty of a Nevada category B felony. If convicted, you face a prison term of between 2 and 15 years, fines of up to $5,000 and possible suspension or revocation of your driver's license. (NRS 484E.010).

These criminal offenses are in addition to any moving violations you may be charged with for traffic law offenses. Moreover, the victim could file a pedestrian knockdown lawsuit in Nevada. If you have been involved in a car accident that hurt or killed a pedestrian, you should seek legal advice from a Las Vegas criminal defense attorney as soon as possible.  Please a call to discuss your situation.