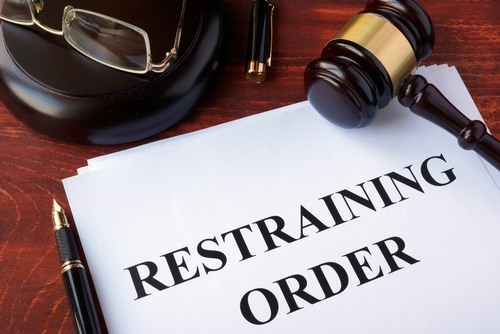 Under the law in most states, there is no difference between a protective order and a restraining order. The two terms are used interchangeably.

Both are described as a court order that is designed to protect a person from:

by another person – that is specifically named in the order.

Penal Code 273.6 PC is the California statute that makes it a crime for a person to violate the terms or conditions of a restraining/protective order.

A violation of this statute can be charged as either a misdemeanor or a felony depending on the facts of the case.

Fortunately, a variety of legal defenses apply when a defendant is accused of violating a protective order. A skilled California defense lawyer can assert these on your behalf. Three common defenses include:

What is a restraining/protective order under California law?

Generally speaking, a restraining order is the same thing as a protective order under California law. Both are described as a court order that is designed to protect a person from:

by the person named in the order. The exact order will dictate exactly what type of behavior is or is not prohibited but will likely include provisions that the restrained party refrain from any type of contact with the protected individual.

Are there different types of restraining orders?

There are essentially four types of California protective orders that the courts will issue. These are:

What happens if a person violates a protective order in California?

If a person that is the "restrained" person named in a restraining order does not adhere to its terms and conditions, then prosecutors may charge him with violating a protective order under Penal Code 273.6 PC.

A prosecutor must prove three things in order to successfully convict someone of violating a restraining order. These are:

A violation of PC 273.6 is typically charged as a misdemeanor. The offense is punishable by:

In some cases, a violation of a restraining order can lead to felony charges. A felony charge is punishable by:

Are there legal defenses available if a person is accused of violating a protective order?

A person can raise a legal defense if he is charged with violating Penal Code 273.6. A good defense can work to get a charge reduced or even dropped altogether.