Penal Code 17330: What is a Wallet Gun and is it Illegal in California? 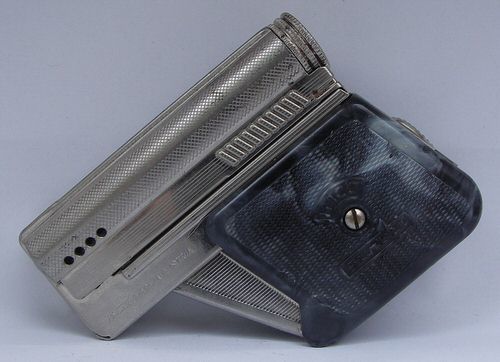 An example of a wallet gun

California Penal Code 17330 holds that a “wallet gun” is any firearm mounted or enclosed in a case. Penal Code 24710 is the specific code section that makes these devices illegal. The case for these guns typically resembles a wallet, thus the name. A person can fire a wallet gun while it is still enclosed in its case, and the guns are capable of being carried in a pocket or purse.

Under Penal Code 16590 PC, California's law on generally prohibited weapons, the following acts are illegal when it comes to wallet guns:

If a person performs any of these acts with a wallet gun, he can get charged with either a misdemeanor or a felony, depending on the specific facts of a case. The penalties for either charge include time in the county jail and/or substantial fines.

Only the firearms and weapons specifically listed in Penal Code 16590 are considered generally prohibited.

What is Banned Under Penal Code 16590

As mentioned above, PC 16590 makes it a crime to perform certain acts with generally prohibited weapons. The criminal acts include:

It is illegal to possess a generally prohibited weapon even in private, and even if a person has a standard permit to carry a concealed weapon.

If a person has a wallet gun and commits one of the criminal acts listed in PC 16590, he faces:

An offense in California that can be charged as either a misdemeanor or felony is known as a “wobbler” offense. Thus, a violation of a law governing generally prohibited weapons is a wobbler crime.

If convicted of a misdemeanor with a wallet gun, the guilty party may receive a penalty of up to one year in county jail, and/or, a maximum fine of $1,000.

If convicted of a felony with a wallet gun, the guilty party may receive a penalty of up to three years in county jail, and/or, a maximum fine of $10,000.

Certain people and/or situations are exempt from prosecution for possessing wallet guns and other generally prohibited weapons. For example, members of law enforcement agencies may sell, transfer or possess wallet guns. Further, possession of wallet guns is allowed by authorized antique dealers.