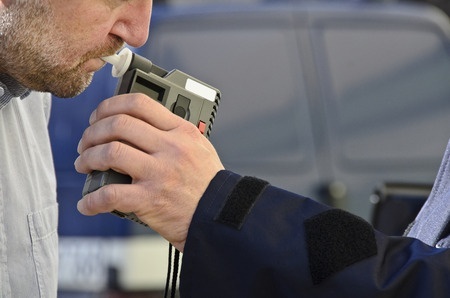 You may not be aware of it, but when you obtained your California driver's license or when you drive on California's roads and highways, you have given your “implied consent” to submit to a breathalyzer test if you are lawfully arrested for driving under the influence of alcohol.

Notwithstanding your “implied consent,” you can refuse to take a Breathalyzer test in San Jose, California, just be prepared to face significant consequences, including losing your driving privileges as well as greater penalties if you are ultimately convicted of DUI.

If you've been arrested for DUI in San Jose and have been requested to take a Breathalyzer or other chemical test, the officer has an obligation to tell you the consequences of refusing to submit to the test.

If you fail or refuse to submit to a Breathalyzer test in San Jose, you are subject to the following penalties pursuant to Vehicle Code Sec. 23612:

(UPDATE 2019: People convicted of DUI with a chemical test refusal enhancement may be able to get a restricted license that allows them to drive without limitation with an ignition interlock device (IID) for six months. A person will be given credit for the period of DMV suspension time served with an IID toward their Court ordered suspension. California Senate Bill 1046 (2018))

You do not have the right to have an attorney present before stating and deciding whether to submit to a Breathalyzer test or during the administration of the test. Additionally, your refusal may be used as evidence against you at trial. The arresting officer has an obligation to advise you of both of these aspects of the law. (Vehicle Code Sec. 23612(a)(4))

Breathalyzer tests are not always accurate, and the results can and often are deemed unreliable and inadmissible in court. If you've been charged with DUI in San Jose, please give us a call. Our experienced and aggressive San Jose DUI defense attorneys can help you fight the charges against you; challenging the prosecution at every turn and tirelessly protecting your rights.