What are Some Examples of Witness Intimidation Under California Law? 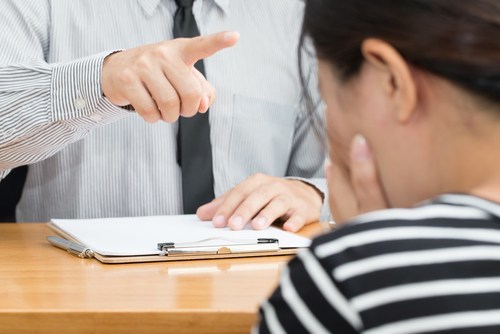 Under California Penal Code 136.1 PC, it is a crime for a person to intimidate, or discourage, a witness or victim from either:

Some examples of witness intimidation include:

Depending on the facts of a case, a violation can be charged as either a misdemeanor or a felony under California law. No matter how the crime is charged, though, it can lead to serious jail time and substantial fines.

What is the legal definition of intimidating a witness?

Penal Code 136.1 is the California statute that says it is a crime for a person to intimidate a witness or victim.

A person is guilty of witness intimidation under this statute if all of the following are true:

Please note that a “witness” is someone:

For purposes of this offense, if the defendant reasonably believes that the person he/she is attempting to dissuade meets these criteria, that person is considered a witness.

What are some more examples of witness intimidation?

Some further examples of witness intimidation under PC 136.1 include:

What are the penalties for this offense?

A violation of Penal Code 136.1 is wobbler offense under California law. This means that it can be charged as either a misdemeanor or a felony depending on the specific facts of a case.

If charged as a felony, witness intimidation is punishable by: