A visa is a passport endorsement that permits foreigners to enter the U.S. The majority of visa-holders in California are sponsored by U.S.-based relatives or employers.

The U.S. offers about 185 different classes of visas. Each has its own application requirements, costs, processing times, and expiration dates.

In this article our Los Angeles California visa attorneys discuss how foreigners can lawfully travel or immigrate to the U.S. Click on a visa category to jump directly to that section:

Note that ports-of-entry are where Department of Homeland Security (DHS) officers make the final determination for admitting foreigners into the U.S. The port-of-entry for non-citizens flying into Los Angeles is LAX Airport. For a full list of ports-of-entry in California, click here.

Foreigners applying for an immigrant visa usually need a U.S.-based sponsor approved by the USCIS (U.S. Citizenship and Immigration Services). Depending on the type of visa sought, the sponsor has to be either a relative who is a U.S. citizen or green card holder, or a prospective employer in the U.S.

After the USCIS approves the visa petition, the Department of State's National Visa Center completes the visa processing. During this time, the visa applicant will probably have to do the following:

The most common immigrant visa categories are (1) job-based and (2) family-based: 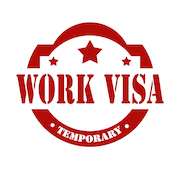 Most non-immigrant visas fall under either of the following classes:

If you are seeking a visa in California, call our Los Angeles immigration attorneys at (855) LAWFIRM for a FREE consultation.

For information about immigration to Nevada, see our article on visas in Nevada.

• What crimes will get me deported from California?


• What are crimes involving moral turpitude in California?


• What are aggravated felonies in California?


• What are inadmissible crimes in California?


Five ways to get post-conviction relief for immigrants in California


Immigration consequences of a criminal conviction in California