A Losartan lawsuit is a mass tort claim against the pharmaceutical companies that make generic medication containing the drug Losartan. The U.S. Food and Drug Administration (FDA) recently discovered that generic blood pressure drugs containing Losartan were contaminated with carcinogenic chemicals that can cause cancer, causing many companies to recall them. Losartan lawsuits claim that the drugs were defective and put people at risk, and seek compensation for a victim's: 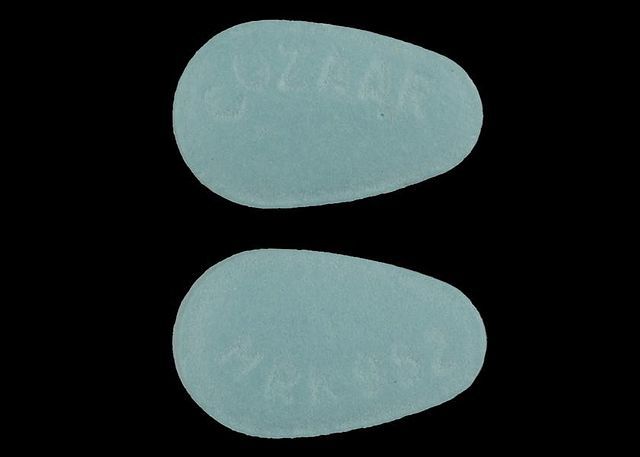 The brand name of Losartan is Cozaar, which is manufactured by Merck Sharp Dohme. The U.S. patent for Cozaar expired in April 2010, however, allowing generic versions of it to be sold in the U.S. by companies including:

2. Side effects of Losartan

Losartan has been associated with numerous side effects. Common but minor side effects include:

More serious side effects, however, are likely to follow if the drug has been contaminated.

Recently, the FDA and the European Medicines Agency discovered that some generic Losartan drugs have been contaminated with two chemicals: N-nitrosodiethylamine (NDEA) and N-nitrosodimethylamine (NDMA).1 Both NDEA and NDMA are likely carcinogenic, or thought to cause cancer.

In particular, NDMA and NDEA have been linked to:

The contamination of Losartan has likely come from the often less stringent manufacturing process that pharmaceutical companies use for generic drugs, especially overseas. Both NDEA and NDMA are chemical impurities that can be created in the process of manufacturing Losartan, especially if certain solvents are reused to cut down on the costs of making the drug. Patients who contracted cancer after taking drug Valsartan are also filing lawsuits.

The discovery of NDEA and NDMA in Losartan has led to voluntary recalls by numerous pharmaceutical companies. The FDA has kept a running list of pending recalls and those that have been completed.

4. Lawsuits over Losartan's side effects

Even though the recalls have only just been announced, already thousands of lawsuits are expected to be filed by victims who have been taking Losartan drugs and who develop cancer.

Such lawsuits would claim that Losartan was defectively designed or manufactured, and that these oversights put innocent people at risk and caused them life-threatening injuries. They are also likely to claim that the pharmaceutical companies knew of the dangers of taking their drugs, but failed to warn doctors and patients about them.

These lawsuits are still in their early stages. They have been filed against dozens of overseas pharmaceutical companies who could be at fault for the contamination of Losartan drugs, as well as distributors like CVS and domestic drug companies. One particular target has been Zhejiang Huahai Pharmaceutical Co., largely because it has already come under fire for NDMA contaminations in another blood pressure medication, Valsartan.

Like most mass tort claims against a pharmaceutical company, it is likely that Losartan lawsuits will be consolidated into multidistrict litigation, or MDL, to streamline the process and help victims recover compensation quickly.

5. Compensation for victims of Losartan's side effects

6. What to do if you are taking Losartan

If you have been taking Losartan to treat your high blood pressure, the first thing to do is talk to your doctor. There may be safer alternatives to Losartan, and switching to a different medication can minimize the damage the drug may have already caused. Your doctor can also arrange for medical examinations to look for the early signs of the types of cancer caused by NDEA or NDMA.

If the tests reveal that you have developed cancer – even if it is years from now – you may want to talk to a lawyer like the defective drug attorneys at the Shouse Law Office about your legal options. Call them at 855-LAWFIRM to learn about how to file a Losartan lawsuit.