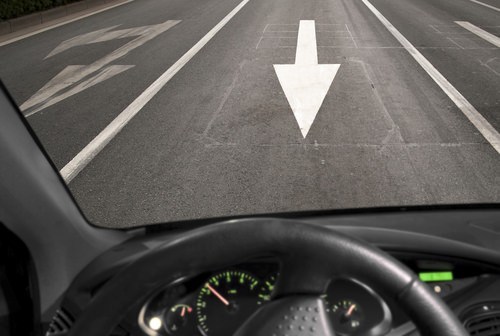 It's a crime in California to drive on the wrong side of the road.

There are four main points to know about driving on the wrong side of the road in California:

It is unlawful to drive any vehicle upon a highway, except to the right of an intermittent barrier or a dividing section which separates two or more opposing lanes of traffic.2

This language is clear. All vehicles on California's highways must drive to the right of a barrier or dividing section. This means they must drive on the right side of the road.

Note that a separate offense exists in Vehicle Code 21651(a) of crossing a divided highway.

Legal defenses are available to those accused of driving on the wrong side of the road. It's in a motorist's best interest to consult with an attorney before raising such a defense.

2.1 Can I assert that a highway was not well-marked?

Perhaps the most common legal defense to a violation of VC 21651 (b) is that a highway was not well-marked. A driver may assert that, due to an absence of clear markings, he made a mistake and was driving on the wrong side of the road.

If a motorist raises this defense, it's extremely useful to have photos of the highway in question. The photos must show an absence of clear signals or markings.

2.2 Do I need an attorney if I'm accused of driving on the wrong side of the road?

Motorists can represent themselves when fighting a ticket for violating VC 21651 (b). But, it's recommended that anyone charged with this violation hire an experienced lawyer to represent them.

Vehicle Code 21651 (b) VC states that: "Except as otherwise provided in subdivision (c), a violation of this subdivision is a misdemeanor."3

Any willful violation of subdivision (b) which results in injury to, or death of, a person shall be punished by imprisonment pursuant to subdivision (h) of Section 1170 of the Penal Code, or imprisonment in a county jail for a period of not more than six months.4

Subsections (b) and (c) inform that driving on the wrong side of the road results in a misdemeanor charge if the incident caused no injury or death.

If there is a misdemeanor conviction of this crime, a driver will face a maximum penalty of:

In California, a felony is a crime that carries a maximum sentence of more than one year in jail or prison.

Please again note the language of VC 21651 (b) and 21651 (c) cited above. These subsections state that a driver may face a felony conviction if he:

If charged as a felony, a violation of 21651 (b) may result in a maximum jail sentence of three years.

3.3 How many points are put on my driving record if I'm guilty of driving on the wrong side of the road?

Violators of Vehicle Code 21651 (b) will receive two points on their DMV driving record.5  Points assessed on a motorist's record are reported to that motorist's insurance carrier. The result is typically an increase in the driver's insurance rates for several years.

If a driver elects to go to traffic school, he should not receive any points on his driving record if he completes the school

Motorists that violate Vehicle Code 21651 (b) VC do not have to attend traffic school.

If a driver elects to go to traffic school, he should not receive any points on his driving record if he completes the school.7

Two things happen if you ignore a ticket for violating Vehicle Code 22450 VC. These are:

Nor does it matter whether you're guilty or innocent of the underlying traffic citation.10  You violate Vehicle Code 40508 just by breaking a promise to:

A driver who drives on the wrong side of the road, and thereby causes an accident, is likely to be found negligent in a personal injury lawsuit.

This means a driver would be negligent per se for driving on the wrong side of the road in violation of VC 21651 (b).

Depending on the facts of a given case, a motorist may be driving on the wrong side of the road because he is under the influence of drugs or alcohol. If this is so, the driver can get charged with both a violation of VC 21651 (b) and DUI.

Driving under the influence (DUI) is against the law in California. To prove your guilty of your first time DUI in California, the prosecutor must show that you were:

There are three laws related to driving on the wrong side of the road. These are: 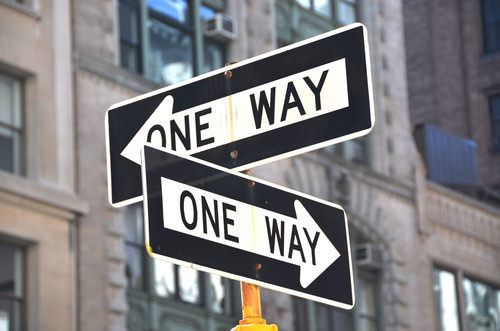 7.1 What is driving on the right side of the road under California law?

Like all other states, California has roadways that are marked "one-way." These one-way streets require drivers to drive in a specified one-way direction.

The penalties for violating VC 21657 include:

7.2 What is reckless driving under California law?

California Vehicle Code 23103 is the State's law on reckless driving. It makes it a crime to drive with wanton disregard for the safety of people or property.13

But the possible jail sentence and fine increase if the reckless driving causes an injury.15

7.3 What is felony reckless evading under California law?

You commit the crime of felony reckless evading in California if:

In other words, reckless evading under Vehicle Code 2800.2 VC takes place when someone flees from a law enforcement officer in a car - and that person drives in a dangerous and/or reckless fashion while doing so.

There is a very specific legal definition of evading an officer. You are only guilty of that crime if:

Despite the name, felony reckless evading in California is actually a wobbler - that is, a crime that may be charged as either a misdemeanor or a felony.

Reckless evading charged as a misdemeanor carries the following penalties:

And if it is charged as a felony, then the penalties for reckless evading an officer are:

In addition, the vehicle in which you are alleged to have evaded an officer may be impounded for up to thirty (30) days.

Were you accused of driving on the wrong side of the road? Call us for help…

If you or someone you know has been cited for driving on the wrong side of the road, or has been injured in an accident in California, we invite you to contact us for a free consultation. We can be reached 24/7 at 855-LawFirm.