California Vehicle Code 23127 VC says that it's against the law for persons to drive "unauthorized vehicles" on California trails and paths. 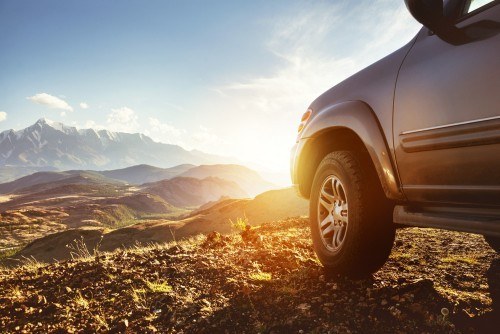 California Vehicle Code 23127 VC says that it's against the law for persons to drive "unauthorized vehicles" on California trails and paths.

Under California Vehicle Code 23127, no person(s) may drive an "unauthorized vehicle" on any state, county, city, private, or district path/trail that is marked with proper signage.1

The term, "unauthorized vehicle," means any motor vehicle that is driven without the written permission of the owner of the trail or path, or, the owner's agent.2

As to what is proper signage under this section, VC 23127 says that the signs on a trail or path must:

Vehicle Code 23127 VC does allow for one exception. The section states that it does not apply to the operation of an authorized emergency or maintenance vehicle.5

2. Penalties for driving on a California trail or path

Any person who violates this section is guilty of a misdemeanor.6

Standard California misdemeanors are punishable by:

A person charged with illegally driving on a California trail does not have to automatically plead guilty. There are legal defenses available to fight the charge.

Some of the most common defenses are:

When it comes to defenses, please recall that driving on a trail or path in California can result in a misdemeanor, which is a criminal charge. Given the severity of this charge, a person accused of violating VC 23127 should contact an experienced California criminal defense attorney. A knowledgeable criminal lawyer can help build the best defense on your behalf.

Motorists that receive tickets for moving violations often attend traffic school. A benefit of traffic school is that drivers can avoid getting any points on their driving record. This helps prevent an increase in insurance rates.

Traffic school, however, is only available if a driver receives a ticket for an infraction that is a moving violation. A violation of Vehicle Code 23127 is a misdemeanor, which is different and more serious than an infraction. As such, traffic school does not apply to those persons found guilty of driving on a California path.

5. Ignoring a charge of driving on a trail or path

Persons that ignore a charge of violating Vehicle Code 23127 can:

5.1 The crime of failure to appear

You can be charged with the crime of failure to appear in California if:

5.2 Penalties for failure to appear

The penalties for failure to appear in California depend on the type of crime you were initially charged with or convicted of.

Given the subject matter of this article, a person is guilty of a misdemeanor if he drives on a trail or path. If you are charged with or convicted of a California misdemeanor and released on your own recognizance, then failure to appear is another misdemeanor charge.11

6. Effect of violating Vehicle Code 23127 on a personal injury lawsuit

A driver that drives on a California trail or path may cause an injury to another party. If so, the injured party may decide to file a personal injury lawsuit against the driver, and the driver may be found "negligent."

In California, a driver is considered "negligent per se" if he violates a statute. Negligence “per se” is a legal theory in which negligence is presumed based upon a driver's violation of a statute or ordinance

This means a driver would be negligent per se if he caused injuries while driving on a trail or path because he would be in violation of Vehicle Code 23127.

7.1 California's law on driving in a bike lane

California Vehicle Code 21209 (a) prohibits drivers from driving a vehicle in a bike lane.

VC 21209 does provide three exceptions to this general rule. Motorists can drive in a bicycle lane in California to:

As to points, please note that a driver could get a negligent operator license suspension if he receives a certain number of points in a given time period (e.g., 4 points in 12 months, 6 points in 24 months or 8 points in 36 months).

7.2 Driving on the wrong side of the road

Motorists in California cannot drive on the wrong side of the road, per Vehicle Code 21651b.

It is unlawful to drive any vehicle upon a highway, except to the right of an intermittent barrier or a dividing section which separates two or more opposing lanes of traffic.17

All vehicles on California's highways, therefore, must drive to the right of a barrier or dividing section. This means they must drive on the right side of the road.

7.3 California's law regarding the direction of bicycles on roadways

According to California Vehicle Code 21650.1:

A bicycle operated on a roadway, or the shoulder of a highway, shall be operated in the same direction as vehicles are required to be driven upon the roadway.18

This means bike drivers cannot ride their bicycle against traffic.

The penalties for those bike drivers that violate Vehicle Code 21650.1 are:

Were you accused of driving on a trail or path in California? Call us for help…

If you or someone you know has been cited for violating VC 23127, or has been injured in an accident in California, we invite you to contact us for a free consultation. We can be reached 24/7 at 855-LAW-FIRM.