California Vehicle Code 22107 VC is the State's statute prohibiting unsafe lane changes. Under this section, drivers can only change lanes when safe and only after signaling.

There are five important points to know about 22107 VC. 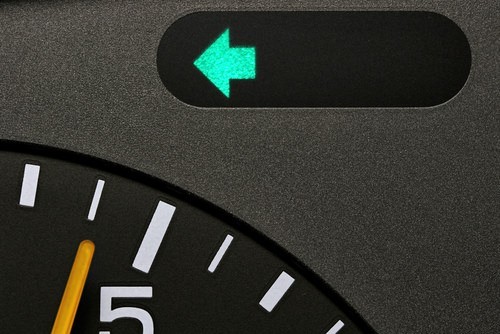 California Vehicle Code 22107 VC is the State's statute prohibiting unsafe lane changes. Under PC 22107, drivers can only change lanes when safe and only after signaling.

1. Vehicle Code 22107 – Rules on when motorists can change lanes and drive right or left from center

California Vehicle Code 22107 VC applies to two situations. These are when drivers either:

VC 22107 states that motorists can only perform these acts when:

The determination as to when it is reasonably safe to change lanes, or steer right or left, is based upon all the facts of a given case.

Appropriate signals include a turn signal or a signal by hand.3

A driver receives two penalties for violating Vehicle Code 22107. These are:

Please note that points are not a good thing because they ultimately get reported to a driver's insurance carrier. The result is that the driver's rates increase for several years.

Further, a driver risks getting a negligent operator license suspension if he receives 4 points in 12 months, 6 points in 24 months or 8 points in 36 months. A California DMV hearing though is required before a suspension can take place.

A driver that receives a ticket for an unsafe lane change can raise a legal defense to show that he was innocent. If this is done, though, it's best for the driver to contact an attorney for help.

There are two common defenses. These are:

Drivers that violate this section do not have to go to traffic school. But, they can volunteer to do so.

If a driver goes to traffic school, he must still pay the fine for his ticket.5 However, the driver generally does not receive any points on his DMV driving record.6

Drivers cannot ignore a ticket for violating Vehicle Code 22107. Two things result if this happens. These are:

It also does not matter whether the offending driver is guilty or innocent of the underlying traffic ticket.9 He violates Vehicle Code 40508 just by breaking a promise to:

6. Unsafe lane changes and how they affect a personal injury lawsuit

A driver that violates Vehicle Code 22107 may cause an accident with another motorist. If the motorist is injured and later files a personal injury lawsuit against the driver, the driver may be found "negligent."

This means a driver would be negligent per se for an unsafe lane change because that act is in violation of VC 22107.

There are several laws related to VC 22107. These include:

Drivers that violate this code section will receive:

California Vehicle Code 22109 states that no person shall stop or suddenly decrease the speed of a vehicle without first giving an appropriate signal.13

Under this section, a driver is required to give a signal via his hand, his arm, a signal lamp, or a mechanical device.14

If, however, a driver chooses to use a hand signal, the signal must be given according to the rules within Vehicle Code 22111.

Were you accused of an unsafe lane change in California? Call us for help…

If you or someone you know has been cited for violating VC 22107, or has been injured in an accident in California, we invite you to contact us for a free consultation. We can be reached 24/7 at 855-LAWFIRM. (For similar cases in Nevada, please visit our page on Failure to Signal Tickets in Nevada).