Gadolinium lawsuits are mass tort claims concerning the adverse health effects from the retention of gadolinium in the brain and body after an MRI test. Some of these effects are extremely debilitating, including gadolinium deposition disease and nephrogenic systemic fibrosis, though much still needs to be learned about the effects of gadolinium exposure. 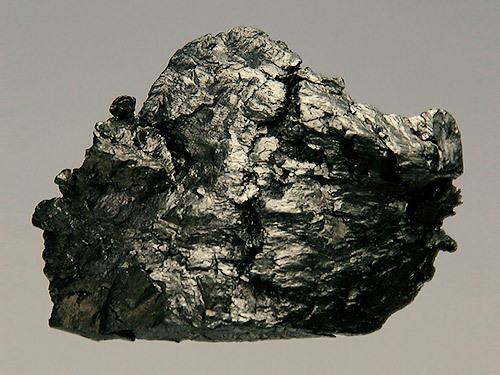 Gadolinium is particularly valuable for its ability to protect other metals from oxidizing.

1. Gadolinium in the medical field

Gadolinium is a chemical element. On the periodic table, its atomic number is 64, and its symbol is Gd. Gadolinium has numerous uses, though it is particularly valuable for its ability to protect other metals from oxidizing.

In the medical field, though, gadolinium is most often used as a contrasting agent for MRI scans. Because it is toxic, gadolinium is coated with another chemical, a chelator. The mixture is then combined with dye and injected intravenously for MRI patients. Once inside, the chemical compound accumulates in abnormal tissues or cell growths in the body and brain. Their accumulation highlights the targeted area, adding color and contrast to the resulting MRI scan.

Doctors and radiologists use gadolinium to draw out problematic areas and growths in MRIs, helping them see and diagnose numerous types of medical conditions.

Popular brands of gadolinium include:

Gadolinium is especially useful for detecting brain tumors caused by a damaged barrier between the blood in the skull and the brain's inner tissue. Because gadolinium cannot pass through the blood-brain barrier unless it has been damaged, a leak of the gadolinium compound can quickly show where damage to the barrier has occurred – MRIs show a stark contrast between the presence of gadolinium and the rest of the brain tissue on the scan.

Gadolinium has been used as a scanning contrast for MRI tests since 1988. However, the medical consensus had been that the gadolinium compound that was injected into a patient would get eliminated by kidney function. Now, though, there are indications that some gadolinium is retained in brain and body tissues after it is used in MRI scans, especially when the patient has kidney problems that reduce their ability to eliminate the chemical from their system.1

Even though gadolinium has been used as a contrasting agent for MRI scans since 1988, little had been known about the adverse effects of the chemical until nearly two decades later when studies linked gadolinium exposure to nephrogenic systemic fibrosis, or NSF.2 Subsequent studies also found that gadolinium posed a significant risk to patients with renal failure or other kidney problems and could lead to a vague condition that researchers have called “gadolinium deposition disease.”3

Nephrogenic systemic fibrosis, or NSF, is a rare but truly horrifying complication that has been linked to exposure to gadolinium. Most victims of NSF had impaired kidney function when they were exposed to gadolinium, and so struggled to remove the chemical from their bodies after the exposure during an MRI.

Nephrogenic systemic fibrosis involves a progressive hardening of skin, joints, and internal organs. The hardening involves the process of fibrosis – the healing method that muscles and tissues use to recover from trauma, and which frequently leads to scars and scar tissue.

An estimated one in three cases of nephrogenic systemic fibrosis proves to be fatal.

Most, but not all, cases of NSF are associated with exposure to gadolinium. Victims can show early symptoms of NSF as late as several months after exposure, or as early as the same day. Unfortunately, doctors have struggled to properly diagnose nephrogenic systemic fibrosis because the symptoms are so strange and NSF is rare enough that doctors tend not to think of it as a possibility.

Treating the underlying renal failure or kidney disease – often through a transplant – has been found to be the best way to slow or stop NSF. However, there is no complete cure.4

Fortunately, the number of NSF cases drastically declined in 2009 when doctors and radiologists stopped using gadolinium for patients with renal failure, and developed chelators that were more effective at coating the gadolinium.

The symptoms felt by victims of gadolinium deposition disease are very similar to those who suffer from NSF.

While little is known about the long term risks of gadolinium deposition in the body and brain, studies seem to indicate that higher exposures come with higher risks – patients who have had several MRIs that used gadolinium and dye compounds to highlight the MRI scan seem more likely to suffer similar symptoms to NSF than those with fewer exposures.6

The risk of higher exposures to gadolinium are also exacerbated by new studies that found that, contrary to prior medical understanding, gadolinium contrast could stay in the brain tissues for years, rather than being expelled by kidneys in a matter of days.7 The studies pushed the U.S. Food and Drug Administration (FDA) to update its warning labels for gadolinium contrast products in 2017.8

Chuck Norris and his wife, Gena, claimed to be suffering from gadolinium deposition disease

Injuries associated with gadolinium exposure are rare, so there are only a few lawsuits. However, one of those lawsuits was filed by actor Chuck Norris and his wife, Gena, who claimed to be suffering from gadolinium deposition disease.

According to the complaint,9 Ms. Norris had no prior kidney problems before she underwent several MRIs, during which she received gadolinium contrasting agents. Soon thereafter, she began to suffer from the symptoms typical of nephrogenic systemic fibrosis. Her condition worsened, and she pursued medical treatments – both traditional and non-traditional – in an attempt to recover from the disease.

Finally, she sued a handful of companies that make and distribute gadolinium contrasting agents, claiming that they should be held strictly liable for their failure to warn her of the dangers associated with the chemical.10 She also sued on more general negligence grounds and for fraudulent and negligent misrepresentation.11 Mr. Norris filed a claim for his loss of consortium, as well.12

Similar lawsuits have been filed in other courthouses for injuries related to gadolinium. However, there have not been enough to warrant a class action or multidistrict litigation (MDL).

4. What to do if you think you are suffering from gadolinium exposure

If you have been exposed to gadolinium during an MRI and have begun to develop the symptoms of nephrogenic systemic fibrosis or gadolinium deposition disease, it is absolutely crucial to discuss your prognosis and your medical options with a doctor. Urine tests have been developed to detect the presence of gadolinium in your system, and a correct diagnosis can prevent further damage.

Once your medical status has been established, seeking the help of a lawyer can be a wise next step. The costs associated with treating NSF or gadolinium deposition disease are steep. Worse, some of the treatments have not been approved by the FDA, yet, forcing you to pay out of your own pocket. Finally, many of the symptoms are extremely debilitating and painful. Pursuing compensation in a personal injury lawsuit can lead to financial help for your:

Discussing your options with a lawyer should be done as soon as possible, as the statute of limitations caps the amount of time you have to file a lawsuit. In most states, you only have two years to file your case.

If you think you have been hurt by the effects of gadolinium and want to invoke your rights to compensation, call the defective drug lawyers at the Shouse Law Office at 855-LAWFIRM to learn about your legal options.