The psychotherapist-patient privilege, a California evidentiary privilege set forth in California Evidence Code 1014, provides that:

Here are some examples of how the psychotherapist-patient privilege might work in a California criminal case: 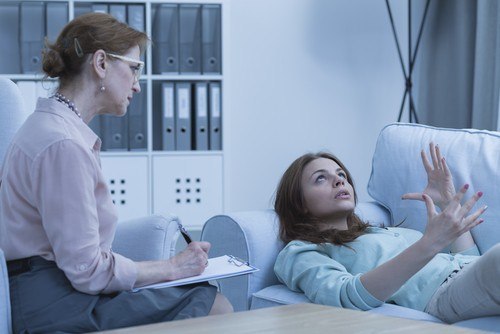 1. What is the psychotherapist-patient privilege in California?

Under Evidence Code 1014 EC, “confidential communication” between a psychotherapist and a patient is considered “privileged.”7

This means that the patient has the right both

the content of that confidential communication in a California court proceeding.8

In addition, the psychotherapist is required to “claim the privilege”—that is, refuse to disclose the confidential information—even when s/he is not directly instructed to do so by the patient.9

Example: Carrie goes to see a psychiatrist at her HMO to get a prescription for antidepressants. She tells the psychiatrist that she is worried that her depression is causing her to neglect her young children.

Several years later, Carrie's children are removed from her home, and Carrie is charged with Penal Code 273a child endangerment for allegedly neglecting her children.

Because of the therapist-patient privilege, Carrie does not need to tell police or prosecutors anything about her visit to the psychiatrist.

Moreover, neither the psychiatrist nor the HMO is allowed to disclose anything about her visit.

“California law provides more protection for communications between a psychotherapist and a patient than it does for communications between an ordinary doctor and a patient. This is because lawmakers recognize that it is important for people with mental or emotional problems to seek the help they need—without having to worry that they will incriminate themselves by doing so.”

The legal definition of “psychotherapist” for purposes of the patient-psychotherapist privilege covers a wide range of mental health professionals.

Example: Randy is a high school student who suffers from anger management issues. Twice a month, he sees his school psychologist, who has a master's in Psychology, for a counseling session.

The police begin investigating Randy and several of his friends on the suspicion that the boys have engaged in criminal vandalism.

Randy does not need to tell the police anything that he told the school psychologist in their counseling sessions. The psychologist also may not disclose any of this information.

Example: Stephanie is worried about her boyfriend, who is a prominent drug dealer and has a violent “fast” lifestyle.

Stephanie visits Thelma, a psychic and Tarot card reader, once a week. Stephanie takes Thelma's advice very seriously and tells her all the details about her boyfriend and their relationship. Stephanie considers Thelma to be more or less her “therapist.”

Stephanie's boyfriend is arrested for sales of a controlled substance.

The prosecutor may call Thelma to testify at the boyfriend's trial about what Stephanie told her, and Thelma will have to do so. This is because Thelma is not a mental health professional covered by the therapist-patient privilege.

Under the California Evidence Code, a “patient” is defined as someone who consults or submits to an examination by a psychotherapist, for the purpose of

Example: Gregory is charged with multiple forms of Penal Code 288a PC oral copulation with a child. If convicted, he could face a very long prison sentence.

Gregory hears from another inmate in jail about a sex offender treatment program. If he is accepted into the program, he could receive a much shorter prison sentence.

Gregory then writes a letter to Dr. Johnson, the psychologist who is the director of the program. In the letter, he confesses to committing the crimes he is charged with and states that he would like to enter the program.

The prosecution obtains a copy of that letter and introduces it into evidence.

When he wrote the letter, Gregory was not consulting Dr. Johnson for help with diagnosing or treating a mental condition. Instead, he contacted her because he wanted to enter her program to get a lighter prison sentence.

Therefore, the letter is not protected by the therapist-patient privilege—and may be used as evidence against Gregory.13

This also means that the privilege only covers communications made in confidence—meaning that they are not disclosed to third persons outside of that relationship.16

Example: Clarence tells a marriage and family therapist about his tumultuous relationship with his violent, abusive father.

Clarence also writes a blog in which he discusses these same issues, often summarizing what he told the therapist at each appointment.

Because Clarence broadcasts the content of his therapy appointments to the world, those communications are not covered by the psychotherapist-patient privilege.

However, information is still considered confidential if it is conveyed to

Example: Irina is a recent immigrant from Russia. She is suffering from post-traumatic stress disorder related to political violence she witnessed as a child.

Irina consults with a psychiatrist about her emotional troubles. Her English is poor, so the psychiatrist's practice supplies a Russian translator who helps her at her appointment.

The therapist diagnoses Irina's problem and writes her a prescription for an anti-anxiety medication. He also informs her health insurance company of the diagnosis so that they will reimburse the cost of the appointment and medication.

The translator, the pharmacist who fills the prescription, and Irina's health insurance company will all know something about her communication with the psychiatrist.

But it is still a “confidential communication” to which the psychotherapist-patient privilege applies. That is because all of these people were involved in supporting Irina's treatment.

In addition, California courts have held that communications during “group therapy”—in which multiple patients receive therapy from a psychotherapist at the same time—are covered under the therapist-patient privilege.18

This is because the presence of other patients is considered to be a vital part of the therapy.19

A criminal defendant may not claim the therapist-patient privilege when he has voluntarily made his mental state an issue in the criminal case.

2. Are there exceptions to the privilege?

There are several common situations in California criminal law in which the psychotherapist-patient privilege does not apply—and communications with a therapist may be disclosed. These are:

A criminal defendant may not claim the therapist-patient privilege when s/he has voluntarily made his/her mental state an issue in the criminal case.20

This will typically happen because the defendant either:

In either of these cases, confidential communications between the defendant and any therapist s/he has consulted must be disclosed.23

Example: Izzy is homeless and mentally ill. He is charged with assault with a deadly weapon for trying to stab a stranger with a screwdriver.

Izzy and his criminal defense attorney argue that he is mentally incompetent and cannot be tried for a crime under California criminal law. The judge in his case orders a competency hearing.

In connection with the hearing, Izzy is examined by a court-appointed psychiatrist. A licensed clinical social worker who has treated him in the past is also asked to testify at the hearing.

The results of the examination, and the social worker's testimony, are not covered by the psychotherapist-patient privilege, because Izzy voluntarily made his mental state an issue in the case.

2.2. Use of therapist services for criminal wrongdoing

Confidential communications between a therapist and a patient are not protected by the therapist-patient privilege if the patient sought the services of the therapist in order to:

(A “tort” is a wrongful act done to someone else, for which the victim can claim damages in a civil court proceeding.25)

Example: Tony is the leader of a criminal street gang. He has been seeing Jennifer, a psychiatrist, for several years.

One day Tony is desperate for a place to hide some guns that could be used as evidence of a gang killing. He makes an appointment with Jennifer and brings the guns to the appointment, asking her to conceal them for him.

This communication between Tony and Jennifer is not covered by the psychotherapist-patient privilege, because Tony is seeking help to avoid being charged with a crime.

The psychotherapist-patient privilege also will not apply if the therapist has reasonable cause to believe that:

Where this is the case, the therapist has the right to reveal what the patient told him/her—even if there is no criminal case pending.

In fact, under California law therapists are required to warn the intended victim or police if they reasonably believe that their patient is about to harm someone else.27

And once that information has been revealed, it may be introduced into a defendant's criminal trial.28

Example: Carl is a pedophile who has been seeing Ricardo, a psychiatrist, to treat his pedophilia.

At one appointment, Carl tells Ricardo that he thinks he can no longer suppress his sexual desire for a 10-year-old girl who lives next door to him—and that he believes he will soon act on that desire.

Ricardo notifies the police and the girl's parents about what Carl has told him.

Several years later, Carl is charged with Penal Code 288 PC - lewd acts with a child for molesting a different child.

In Carl's trial, Ricardo may testify about what Carl had said to him about his neighbor—because Ricardo previously revealed that information in order to protect the girl from harm.

There are several additional exceptions to the psychotherapist-patient privilege that come up in California criminal cases.

First, the privilege does not prevent psychotherapists from disclosing certain confidential communications if:

Also, the therapist-patient privilege will not apply to information that mental health professionals are required to report under California's Mandatory Reporting Laws.30

3. Can the privilege be waived?

Like other evidentiary privileges in California law, the psychotherapist-patient privilege can be waived by the patient. This means that the patient can make the privilege disappear, by either

However, you will not necessarily waive the therapist-patient privilege for the content of your communication with a therapist by merely disclosing

If you have additional questions about the psychotherapist-patient privilege in California, or you would like to discuss your case confidentially with one of our attorneys, do not hesitate to contact us at Shouse Law Group.