A motion for resentencing is brought by a person convicted and sentenced for a crime, asking the court to reduce or modify the sentence. The motion typically seeks to reduce jail or prison time, allow the defendant to be released from custody, or to ease the conditions of probation.

There is currently a surge of resentencing motions being brought by inmates seeking release from custody because of the COVID 19 dangers in jails and prisons. Vulnerable inmates, especially the elderly and those with underlying medical conditions, are asking to be allowed to serve their remaining time in home quarantine confinement. These inmates are at high risk of becoming seriously ill if an outbreak spreads in the penal institutions.

A prisoner can file this petition no matter if he was sentenced for a misdemeanor or a felony. In ruling on the motion, a judge can:

Please note that a prisoner can file a petition to modify a sentence even if he is not a U.S. citizen. In this case, the MFR is a type of post-conviction relief under criminal immigration law that can remove the risk of:

A motion for resentencing seeks to get a criminal sentence reduced or modified.

1. What is a motion to modify a sentence?

A petition to modify a sentence is filed by a person who has been both convicted of a crime and sentenced for that crime. In the motion, the prisoner asks the court to modify his sentence. For example, he might ask the judge for:

An MFR can be filed by a prisoner, but it is often best if his criminal defense attorney drafts and files it.

2. How does the court process work?

California law states that a petition to modify a sentence gets filed with the court that sentenced the petitioner. A prisoner can file this petition no matter if he was sentenced for a misdemeanor or a felony. In response to the motion, the judge can either:

An MFR can be filed with the court at any time after the original sentence provided that there is found to be good cause. For example, good cause would include a request for resentencing under Proposition 47.

Please note that the court may also decide to modify a sentence, on its own behalf, up to 120 days after sentencing.1 Please see 4.1 below.

A judge can modify a sentence in certain circumstances

3. When will a judge grant a resentencing?

Senate Bill 1437 was signed into law in 2018 and changed California's felony murder law.

Proposition 47, the “Safe Neighborhoods and Schools Act,” became an effective California law in 2014.

The law reduced the penalties for certain theft crimes and drug crimes, making these offenses punishable as misdemeanors as opposed to felonies.3

In terms of resentencing, Proposition 47 means that people already facing felony penalties (for the certain theft and drug crimes) can bring a motion to modify the sentence so that they would receive a misdemeanor related sentence.

Proposition 36 became California law in 2012 and it made a key change to the State's Three Strikes Law.

The best thing about the California three strikes reform initiative is that it applies retroactively. This means that, if you or your loved one were sentenced to a lengthy "third strike" sentence under the old law, and the third offense was not a serious or violent offense, you (or they) can now apply to be resentenced and have the jail or prison time reduced.

Proposition 64, also known as the “Adult Use of Marijuana Act,” became California law in 2016.

The law legalized the use of small amounts of marijuana and the sale of the drug by businesses licensed to do so.5

Proposition 64 does provide for resentencing for people convicted under California's previous marijuana laws who would serve a lighter sentence under the marijuana legalization regime.

The judge is supposed to presume that an inmate meets the criteria for Proposition 64 resentencing unless a prosecutor opposes his petition and proves by "clear and convincing evidence" that the prisoner doesn't meet the criteria. The judge is then supposed to resentence him unless s/he determines that doing so would pose an unreasonable risk of danger to public safety.6

Marijuana legalization also means that a guilty party can apply to have his conviction redesignated from a felony to a misdemeanor, or from a misdemeanor to an infraction.7

4. Are there other ways to get a sentence modified?

A court may, on it owns behalf and without an MFR getting filed, decide to modify a sentence. It may do this within 120 days of imposing its sentence.8

If a judge does recall a sentence, he/she removes it and orders a new sentence that can be no greater than the initial sentence.9

In determining whether to recall a sentence, a judge may consider the following factors:

An appeal is a request for a higher court (that is, an appellate court) to review a decision of a lower court (that is, the Superior Court, frequently referred to as the trial court). Prisoners can file an appeal to ask the court to reconsider the sentence it imposed.

Please note that an appeal is not a new trial. The appellate court does not:

On appeal, the appellate court can overturn a sentence if it determines two things. These are:

In California, anyone who is in prison can bring a writ of habeas corpus petition (“HCP”) to challenge their imprisonment or the conditions under which they're serving their sentence.11

As a general rule, a prisoner cannot file a petition for habeas corpus unless he has done something that judges call "exhausting one's remedies." This means a party must file all possible appeals of a California criminal petition before bringing an HCP.13 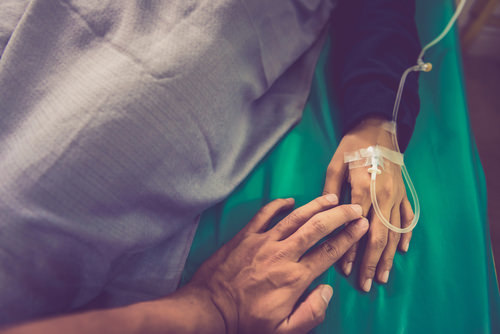 4.4 Recall due to health of prisoner

Under California Penal Code 1170(e), the court may decide to recall a sentence if:

5. Can a sentence be modified when a prisoner is not a U.S. citizen?

A sentence can be modified when a prisoner is not a U.S. citizen.

Note that if a prisoner is not a U.S. citizen, a California criminal conviction (and a resulting sentence) can lead to deportation or other dire immigration consequences. Given this, it can be in the best interests of a non-U.S. citizen prisoner to file a MFR.

Please also note that resentencing can help non-U.S. citizen prisoners if they have been convicted of an “aggravated felony.”

Consequences of an aggravated felony conviction can include:

Crimes may often count as aggravated felonies when the offender receives a jail or prison sentence of at least one year.

This means it is a common tactic of an experienced immigration attorney, when his client has been convicted of an aggravated felony, to get a sentence reduced from 1 year to less in order to avoid deportation.

If you or someone you know is interested in filing a petition to modify a sentence, we invite you to contact us for a free consultation. We can be reached 24/7 at 855-LawFirm.