A pre-file investigation (“PFI”) is when a California criminal defense firm investigates allegations of criminal conduct, on behalf of a client, before formal charges get filed.

The goal of the investigation is to gather enough evidence to persuade the District Attorney (“D.A.”), or other prosecutor, to either:

Examples of PFI acts include:

While every legal case is different, it is favorable for a suspect to hire a criminal defense lawyer to conduct a pre-file investigation. It is also beneficial to try to begin the investigative process as early as possible.

When hiring an attorney or law firm to conduct a PFI, a suspect must consider the following: 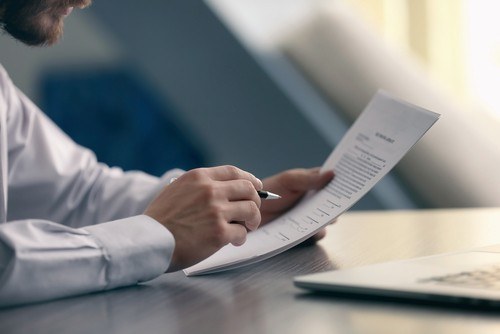 A pre-file investigation (“PFI”) is when a California criminal defense firm investigates allegations of criminal conduct, on behalf of a client, before formal charges get filed.

1. What Exactly is a Pre-File Investigation in a California Criminal Case?

A pre-file investigation is when a criminal defense lawyer or law firm investigates allegations of criminal conduct, on behalf of a client, before formal charges get filed. The term “pre-file” is used because the investigation takes place before the official filing of charges.

During this investigation, the defense attorney or firm may:

Once the investigation is complete, the hope is that the defense lawyer was able to collect a sufficient amount of evidence on behalf of a suspect that shows he did not commit a crime.

The lawyer then meets with the District Attorney to:

After this meeting, the D.A. may decide to take one of the following actions:

Please note that in deciding on what charges to file, a prosecutor often only has police reports to work with. And, these reports give a very biased and limited story on what happened in a criminal case. A pre-file investigation tries to find facts and information that the police ignored, or perhaps over-looked, so that a D.A. can learn of the full story of what took place.

2. What are the Benefits of an Investigation?

A pre-file investigation is of great value because it can result in:

Example: The police are investigating Greg for the crime of sexual battery, under Penal Code 243.4. The investigation is conducted after Lisa went to authorities and told them Greg groped her on several occasions. Greg hires a criminal defense firm to investigate the allegations before the State decides to press charges.

During the pre-file investigation, the defense firm looks into Lisa's background. The firm discovers that Lisa, on three past occasions, made false accusations involving sexual assault and harassment. The firm then takes this evidence to the D.A. and shows that Lisa has a pattern of lying. The D.A. reviews the evidence and ultimately decides not to file any charges against Greg.

Please note that on the issue of a “lesser crime,” these may include a charge of an “attempted crime.” Or, if a California wobbler offense is at issue, the defense attorney can try to persuade the D.A. to charge a misdemeanor as opposed to a felony. 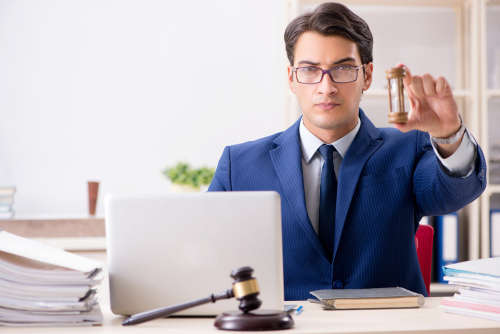 While every case is different, the general rule is that it is favorable to secure legal representation as early as possible in a criminal matter.

3. When Should a Suspect Contact an Attorney to Conduct a PFI?

While every case is different, the general rule is that it is favorable to secure legal representation as early as possible in a criminal matter.

It is also favorable to begin a pre-file investigation as early in a case as possible. This is for the following reasons:

In addition, consider for a moment, all of the beneficial findings that may result from a PFI. A defense attorney might find that:

These are all things that would benefit a person suspected or accused of a crime. Further, they are not discovered over-night. Rather, it takes time to find them. Starting a pre-file investigation early in a matter ensures that a lawyer and his client have this requisite time.

4. What Should a Suspect Consider when Hiring a Lawyer for an Investigation?

There are three important things an accused should consider when looking for an attorney or firm to conduct a pre-file investigation. These are:

A lawyer or law firm experienced in performing a PFI is always better than one with little experience. Experience means that an attorney or firm has conducted past pre-file investigations and they have used them to successfully beat charges.

The quality of a pre-file investigation will only improve when an attorney has several investigative resources at his disposal. Resources mean more avenues to gather evidence. And, this means the better chances of discovering evidence that benefits a suspect.

4.3. Connections with Police and Prosecutors

Recall that a main benefit of a pre-file investigation is that it can led to charges getting reduced or dropped. A defense attorney, though, cannot do this on his own. Rather, he has to persuade police and prosecutors to do this.

Therefore, it is favorable to hire an attorney or firm that has connections to these personnel. Connections will increase the chances that police and prosecutors here a suspect's side of the story.

5. Can Police Question a Suspect when Investigating a Crime?

Suspects do not have to answer questions from law enforcement personnel.

In discussing investigations into criminal acts, we must inform that police do conduct their own investigations into allegations of wrong doing. In the course of these investigations, it is natural for the police to want to question the person suspected of the crime being investigated. Please note, though, that every person in the U.S. has the Fifth Amendment right against self-incrimination and to remain silent.

This means they do not have to answer question from police or law enforcement agents. Further, if a party chooses to remain silent, this cannot be used against him in court.

Are you being suspected of a crime in California? Call us for help…

If you or someone you know is being suspected of a crime, and are interested in a pre-file investigation, we invite you to contact us for a free consultation. We can be reached 24/7 at 855-LAWFIRM. (If suspected of a crime in Nevada, please see our article on “Pre-file” Investigations in Nevada Explained by Las Vegas Criminal Defense Attorneys).