California Penal Code 169 PC is the California statute on picketing or parading outside a courthouse. Under this statute, it is a crime for a person to picket or parade near a courthouse with the intent to either:

Luckily, there are several legal defenses that a person can raise if accused of picketing or parading in or near a courthouse. These include showing that an accused:

California Penal Code 169 PC is the California statute on picketing or parading outside a courthouse.

1. What is the legal definition of picketing or parading in or near a courthouse?

Under California Penal Code 169 PC, it is a crime for a person to picket or parade in or near a courthouse with the intent to either:

A judge or jury will determine whether a defendant had such intent by examining all of the facts in a given case.

Please note that this section does not penalize, or make it a crime, for a person peacefully to protest outside a courthouse.

2. What are the legal defenses to accusations under Penal Code 169?

A person accused under PC 169 can challenge the accusation by raising a legal defense. A good defense can often get a charge reduced or even dismissed. Please note, though, that it is critical for an accused to hire an attorney to get the most effective defense.

Recall that a defendant is only guilty under Penal Code 169 if he has an intent to either:

Therefore, it is a solid defense for an accused to fight a charge by showing that he did not have this requisite intent.

Along similar lines to the defense in 2.1 above, an accused can challenge a charge by showing that his behavior was a simple protest as opposed to unlawful picketing or parade. Peaceful protests are not against the law. The defendant would want to highlight those facts that show a protest vs. illegal picketing.

If a person was stopped or arrested, and there was no probable cause to do so, then any evidence obtained following the improper stop/arrest could get excluded from the case. This exclusion could result in the dismissal of, or reduction in, charges.

“Probable cause” essentially means that there is a reasonable belief that someone committed a crime (based on all of the circumstances). 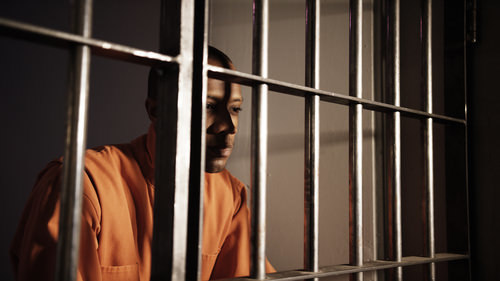 A violation of PC 169 is charged as a misdemeanor. The crime is punishable by:

There are three crimes related to picketing or parading in or near a courthouse. These are:

California Penal Code 405 makes the act of lynching a crime. “Lynching” refers to a situation where rioters force a detainee from police custody.

Under PC 405, "the taking by means of a riot of any person from the lawful custody of any peace officer is a lynching."3

A violation of Penal Code 405 is charged as a felony. The crime is punishable by imprisonment in a California state prison for:

Penal Code 409 PC makes it a misdemeanor to remain "present at the place of any riot, rout, or unlawful assembly, after the same has been lawfully warned to disperse, except public officers and persons assisting them in attempting to disperse the same."5

Penal Code 416 PC makes it a misdemeanor "if two or more persons assemble for the purpose of disturbing the public peace, or committing any unlawful act, and do not disperse on being desired or commanded so to do by a public office."6

As misdemeanor offenses, violations of either PC 409 or PC 416 are punishable by:

Rioting is a crime in California under Penal Code 404.

The crime of “rioting” or “participating in a riot” occurs when two or more people act together to do any of the following without authority of law:

Participating in a riot is a California misdemeanor.9

Were you accused of picketing or parading outside a courthouse in California? Call us for help…

If you or someone you know has been accused of a crime under California Penal Code 169, we invite you to contact us for a free consultation. We can be reached 24/7 at 855-LawFirm.