California law allows plaintiffs to recover "lost wages" in personal injury cases. "Lost wages” are amounts the plaintiff would have earned in the past due if not for the defendant's wrongful act(s). In labor law cases, these are sometimes referred to as back pay or back wages.

California law also permits the recovery of anticipated future losses of income. Such losses are usually referred to as “lost earning capacity” in California.

Both lost wages and lost earning capacity are part of the compensatory damages a plaintiff can recover for a defendant's negligence, gross negligence, recklessness, intentional wrongful acts or strict liability.

You may also wish to read our article on Recovering Damages for Wrongful Termination in California. 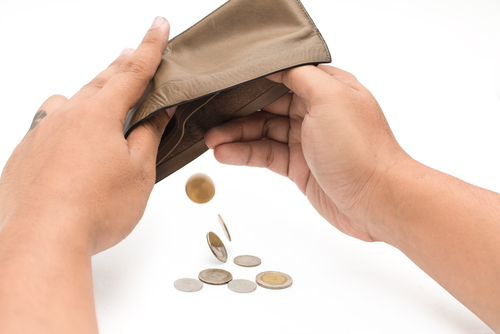 Lost wages in California include all amounts a plaintiff would have earned from work had the plaintiff not been injured.

“Lost wages” can include (without limitation):

2. The difference between lost wages and lost earning capacity

“Lost wages” usually refers to past income lost as the result of a personal injury. It is the plaintiff's out-of-pocket losses up until the date of settlement or trial.

California law also allows plaintiffs to sue for the income they will be unable to earn in the future due to an accident or injury. This amount is usually referred to as “lost earning capacity” in California.

Proving lost earning capacity can be more complicated than proving lost wages. It often requires testimony from a medical and/or occupational expert in order to account for raises, bonuses and career development.

3. How long do I have to file a claim for lost wages in California?

An experienced injury lawyer can help a potential plaintiff determine how long he or she has to sue for lost earnings in California.

4. How are lost wages calculated in a California personal injury case?

California law requires personal injury plaintiffs to prove the amount of the earnings they claim to have lost.3.

When the injury is for a relatively short, fixed period of time, the calculation is fairly straightforward.

But if the plaintiff was due for a raise or paid based on performance, it may require the testimony of a forensic accounting or occupational expert.

A jury may also award prejudgment interest on lost wages of any kind, though it is not required to do so.4

5. Are "lost wages" taxable in California?

Damages for lost wages are taxable in a California personal injury case – at least in theory.

Internal Revenue Code section 104 provides that gross income for tax purposes does not include "the amount of any damages (other than punitive damages) received... on account of personal physical injuries or physical sickness."5

Courts have generally held this to exclude compensation for lost wages. The lost income would have been taxable if earned and is, therefore, taxable when recovered in a California personal injury lawsuit.6

In practice, however, California personal injury settlements are often a lump sum that is not allocated between physical injuries and lost wages. This can make it difficult to determine whether, or how much, taxes are owed.

Consultation with a tax professional is recommended to determine what, if any, portion of a California personal injury settlement is taxable. 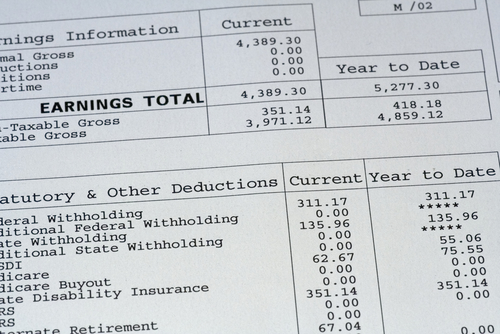 There is no one way to prove lost wages in California. Some of the most common are:

6.1. A "lost wages letter" from a California employer

If the plaintiff has regular employment, the easiest way to prove lost wages is with a combination of past pay stubs and a letter from the plaintiff's employer.

A “lost wages” letter from a California employer should set forth:

6.2. Past pay stubs and tax returns

Sometimes it is difficult for an employee to get a letter from his or her employer. Or a plaintiff may be self-employed or have irregular income.

In such cases, the plaintiff can establish lost wages by other means, such as past pay stubs and income tax returns.

Plaintiffs can use IRS Form 4506 to request copies of their past tax returns from the Internal Revenue Service.

And if the plaintiff has not kept copies of pay stubs, his or her California personal injury attorney can obtain copies during the California discovery process.

To recover lost self-employment income in California, the plaintiff will need to prove what he or she would have made during the period in which he or she was unable to work.

Documents that can help establish lost self-employment income include:

If the plaintiff's income is very high or complicated, a forensic accounting expert witness will often need to testify.

A plaintiff who used personal days, sick days or vacation time to cover missed days and/or doctor/therapist appointments can claim them as lost wages.

If not for the defendant's wrongful act, the plaintiff would have had those days to use whenever he or she liked. The plaintiff may even have been able to cash them out, depending on the employer's policy

As with other forms of lost wages, the plaintiff will need to prove the time was lost due to the accident or injury in order to recover damages.

Overtime pay, commissions, bonuses and other perks can be claimed as lost wages in California.

Common methods of proving this more speculative income include (but are not limited to):

Example: After a slip-and-fall accident resulting in a head injury, Meg, an executive assistant, misses three months of work. Meg's employer writes a letter saying that Meg averages 15 hours of overtime per month. Meg also produces copies of her year-to-day pay stubs and her prior years' tax returns. As a result, Meg receives both her regular salary and 45 hours of overtime as the lost wages part of her California personal injury settlement.

6.6. How can I prove income from tips in California?

Proving lost tips is more difficult than proving lost salary and overtime, but it can be done.

Common ways of proving lost tips in California personal injury cases include (but are not limited to):

Note that proving income that was never reported on a tax return could, in theory, expose a plaintiff to a claim for back taxes by the IRS or California Franchise Tax Board. Plaintiffs in this situation are advised to consult with an certified public accountant or other tax professional. 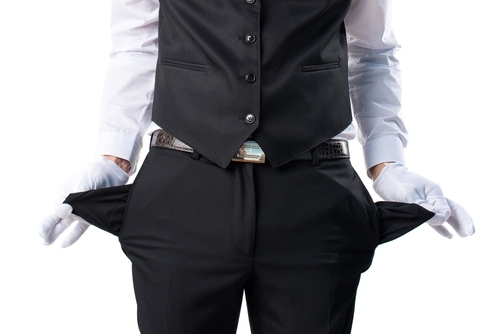 6.7. Can I recover for unemployment insurance benefits?

In order to be eligible for unemployment benefits in California an employee must, among other requirements:

By definition, someone claiming lost wages was not able to work in the past. In such a case, therefore, the individual would usually be expected to file for California disability benefits rather than unemployment.

A plaintiff who was injured on the job in California may be limited to recovery under California's workers compensation laws.

Our office offers free consultations to help people determine whether they can sue for lost wages under another legal theory.

Need to recover lost wages in California? Call us for help…

If you have been unable to work due to a car accident, a slip-and-fall, a dog bite injury, a defective product or any other wrongful act, we invite you to contact us for a free consultation.

Call us at (855) LAWFIRM or complete the form on this page to discuss your case with a California injury lawyer today.

We can also help you if you need to recover lost wages in Nevada.