Family Law » Divorce » What happens at a divorce trial in Nevada?

The format of a Nevada divorce trial is similar to that of other trials. The process consists of: 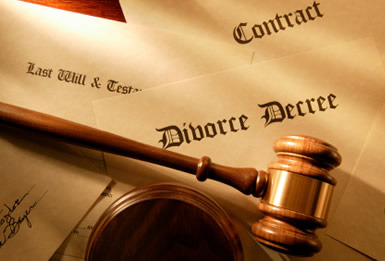 Most marital splits are resolved without a trial in Nevada.

Trial is usually a last resort for divorcing couples. Most people do not want to have their dirty laundry aired in a courtroom or to let an impersonal judge make major life decisions about their finances and child custody.

Therefore, it is common for the ex-couple’s attorneys to try to hammer out a settlement in the hallway right outside the courtroom in the minutes leading up to the trial. If that does not work, negotiations often will continue out in the halls during court recesses while the trial is ongoing.

Many ex-couples who have been an at impasse for months find themselves willing to bend on some of their demands when they get to the courthouse. The urgency and high stakes of an imminent trial — where anything can happen — are frequently enough to ease negotiations so that a courtroom showdown can be avoided.

During opening statements, each party’s attorneys introduce their arguments, their evidence, and what they hope the judge will decide. The attorneys for the party who filed for divorce first (the plaintiff) speak first. Common issues in divorce cases include:

Note that juries are not allowed in divorce cases. The judge is the only one who makes the final determination based on the evidence.

Not having a jury is another reason why many couples opt to settle instead of going to trial. People are usually more confident about being able to persuade a jury of their peers than one judicial officer who has “seen it all” and may not be as easily swayed by impassioned arguments from their attorneys.

Once opening statements are over, each side will put on its case by calling witnesses to give testimony and presenting exhibits. The petitioner’s side goes first.

During the trial, typical witnesses that are called may include:

The attorneys examine their own witnesses and cross-examine the other side’s witnesses. Depending on the issues in the case, evidence may include everything from financial records and medical records to voicemails and text messages.

During closing arguments, the attorneys for each side recap their position and ask the judge to rule in their favor on whatever issues remain unresolved. The judge usually takes some time to go over all the evidence (especially if there are lot of complex financial records to go through).

If I’m Sentenced to Federal Prison, Where Will I Serve My Time?

There are federal prisons located throughout the United States. Federal crimes can be committed throughout the United States. When you’ve been convicted of a federal crime and sentenced to incarceration, you will serve that time in a federal prison. But where? Will you be sentenced to a facility close to your home and your family? ...

What are the consequences if I ignore a parking ticket in Las Vegas?

Ignoring a parking ticket in the City of Las Vegas will cause the fine to increase. After 90 days, the Nevada DMV will suspend the car’s registration. The majority of parking tickets issued in Las Vegas are civil infractions. Infractions are not crimes and carry no jail time. Instead, the penalty is usually a fine ...