“Looting” is a Nevada theft crime that occurs when people steal during riots, natural disasters, or other emergency situations. Depending on the circumstances, the most common criminal charges alleged looters face are:

Penalties for looting in Nevada depend on which theft crime(s) the defendant was convicted of. For petty theft, the penalties can be as low as a fine. Otherwise, the sentence can include several years in Nevada State Prison. And if the defendant had a deadly weapon during the looting, the judge may impose a harsher term. 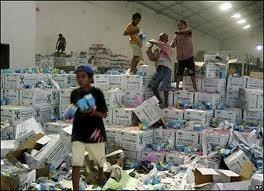 Looting can be prosecuted as either larceny or burglary in Nevada.

Looting is stealing. In practice, looting typically occurs when a group of people goes on a stealing spree at a store or group of stores under the cover of night when no employees are present. But looting can also happen during the day at a residence by just one person. Looting is usually spurred by an emergency situation, such as:

Sometimes looters loot as part of a protest. Other times, looters loot because the police are currently preoccupied with the emergency situation, and they believe they can steal without getting caught. Either way, looting is never legal.

Nevada does not have a specific statute prohibiting looting.1 Rather, alleged looters are prosecuted for one or more of the following four theft crimes:

Depending on the case, alleged looters in Nevada may face additional charges for various crimes that often occur during riots or similar situations.2 These include:

Defenses to Looting in Nevada 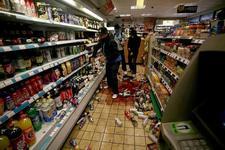 Necessity and mis-identification are defenses to looting in Nevada.

The same defense strategies that can be used in other theft cases such as shoplifting also apply to looting. The two most common defenses include:

But the frenzied conditions that give rise to looting also make room for to two other defenses that may prove effective. These include “necessity” and “misidentification”:

The legal defense of “necessity” comes into play when there is an emergency situation that can only be remedied by stealing.3

Example: A thunderstorm overtakes Las Vegas, causing power outages and fallen trees on roadways. Hannah’s child falls down and sustains a deep cut. Hannah calls 911, but the road closures make it impossible for an ambulance to come or for Hannah to drive to the hospital. She knocks on her neighbors’ doors, but the few who answer do not have medical supplies. So she goes down the street and breaks into a CVS to get bottled bandages and other medical supplies. After the storm, the Las Vegas Metro Police watch CVS’s surveillance video and see Hannah breaking in. They then arrest her and book her at the Clark County Detention Center.

Hannah’s defense attorney contacts the prosecutor and explains that the legal defense of “necessity” excuses Hannah’s behavior. Hannah exhausted every lawful possibility before resorting to shoplifting. Furthermore, that Hannah took only medical supplies and nothing else shows that she was only trying to treat the medical emergency and not any other, unnecessary purpose. Under these extenuating circumstances, a prosecutor would be hard-pressed to convince a jury to convict since any reasonable person in Hannah’s position would do the same thing. Chances are good that the theft charges would be dropped.

Looting often accompanies chaotic protests or riots where it is nearly impossible for law enforcement to keep track of what everyone in the crowd is doing. Consequently, innocent bystanders often get rounded up and arrested just for being at the wrong place at the wrong time.

Example: There is a demonstration in Henderson on Veteran’s Day. Suddenly the protest turns violent with many people breaking into various storefronts and looting. In an effort to quell the unrest, the Henderson police arrest dozens of people including Michael, who did nothing wrong. Later Michael’s defense attorney finds surveillance video which shows that Michael never partook in any illegal activity. Upon seeing the video, the prosecutor realizes the police misidentified Michael as a perpetrator and drops the theft charges.

Penalties for Looting in Nevada

The punishment for looting always includes restitution for the property stolen payable to the victim.4 The amount of fines and length of incarceration (if any) depend on which specific theft charges the defendant is convicted of: 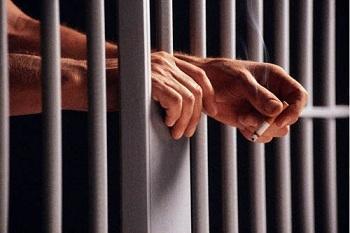 Looting penalties in Nevada depend upon the amount of property taken.

Petty larceny as looting (less than $1,200 in goods) is a misdemeanor. The sentence carries:

Note that judges rarely impose jail for a first-time offense. Often a prosecutor may agree to dismiss the charge if the defendant takes a petit larceny education class and pays a fine and/or does community service.

Note that shoplifting is prosecuted as either petit larceny or grand larceny depending on the worth of the stolen property..

Grand larceny of a motor vehicle is a category C felony in Nevada, carrying:

A second-offense in five years is a category B felony in Nevada carrying:

In California? See our article on Penal Code 463 PC.