Nurses risk being disciplined by the California Board of Registered Nursing if they get convicted of certain crimes. In severe cases, the Board may suspend or revoke their license.

The Board can also deny licenses to people applying to be nurses if they have been convicted of a crime within the prior seven (7) years that was substantially related to nursing. And the following criminal convictions can prevent aspiring nurses from getting a license no matter how far back the case occurred:

Our California Criminal Defense Lawyers represent people accused of crimes, including driving under the influence and drug-related crimes. We also enjoy a tremendous amount of experience in helping nurses avoid losing their licenses in disciplinary actions.

This article is about registered nurse (RN) discipline, criminal convictions and license revocation in California. If you have questions after reading it, we invite you to contact our criminal defense lawyers for a consultation. 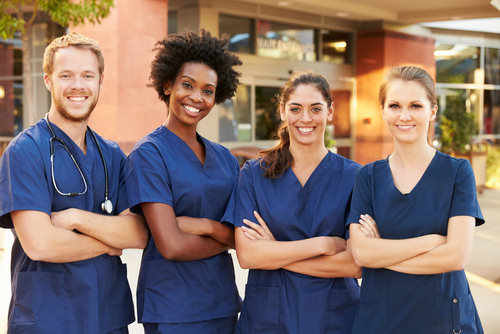 The California Board of Registered Nursing regulates registered nurses.

1. Who regulates nurses in California?

The California Board of Registered Nursing regulates registered nurses. The BRN is a state governmental agency within the California Department of Consumer Affairs.

The nine-member Board of Registered Nursing is charged with protecting the public in matters relating to nurses. In accordance with the Nursing Practice Act, the BRN regulates nurse education and practice, grants registered nurse licenses and carries out disciplinary actions (for misconduct as well as criminal convictions).

The BRN also runs a voluntary and confidential diversion program for nurses dealing with chemical dependency or mental health issues. Over 1,000 registered nurses have successfully completed this rigorous program, which involves monitoring for an average of three years but ends with the destruction of program records.

The Board of Registered Nursing recently came under intense media scrutiny and criticism for failing to adequately carry out its public protection mission. The Los Angeles Times and ProPublica joined together in an exhaustive series of articles on nurse misconduct and lack of nurse discipline in California.

The articles cite systemic inadequacies leading to patient death, permanent disability and suffering. According to the reports, nurses came drunk on the job, stole drugs, did not know how to operate machines and abused patients without notice or meaningful discipline by the Board.

It remains to be seen what impact all this will have on future disciplinary proceedings, but it seems reasonable to expect heightened vigilance.

A registered nurse in California can be disciplined when he or she engages in unprofessional conduct in ways that could adversely impact the nurse's ability to safely function as a nurse.

Example:  Marni is an R.N. who works at a hospital in Central California. Her supervisor notices that Marni is signing out controlled substances like Demerol and Morphine without a physician order. No patients seem to get these drugs. The hospital files a complaint with the BRN. The Board initiates disciplinary proceedings against Marni by sending her an accusation specifying the charges. Marni fails to return a notice of defense. The Board issues a default decision against Marni and revokes her registered nurse license.

It looks like Marni engaged in unprofessional conduct in violation of Business and Professions Code Section 2762(a) - obtaining or possessing controlled substances without a prescription. We will not ever know if the charges were actually true or not because Marni did not exercise her right to have a hearing and present evidence in her defense.

If Marni had pursued a defense, her case may have been resolved in a less severe way. For example, Marni might have been placed on probation or even had the charges dismissed.

2.1. What kinds of criminal convictions are covered?

If you have been convicted of a crime that is "substantially related" to the qualifications, functions, and duties of a registered nurse in a way that implicates public health and safety concerns, the conviction could trigger discipline by the Board of Registered Nursing. These acts include:

Example:  Paul is a registered nurse in Los Angeles. He is convicted of elder abuse on his aunt as well as petty theft. Paul also is less than stellar on the job. On several occasions he has not washed his hands before and after drawing blood and he has been observed using the same needle for multiple blood draw attempts on the same patient. When Paul comes up for license renewal, he fails to disclose the convictions.

Paul can be disciplined by the Board of Registered Nursing and have his license revoked. Not only was he convicted of crimes substantially related to the practice of nursing, but he lied on his renewal application. His failure to follow proper blood draw protocol amounts to unprofessional conduct.

Change the facts:  Paul is an R.N. with an advanced practice certificate as a nurse anesthetist. He has worked in several hospitals without incident for the past eight years. In fact, he has received only positive evaluations and is well regarded all around. One weekend afternoon Paul is stopped for speeding and issued a $100 speeding ticket.

Paul does not need to report this traffic infraction on his renewal application. The offense did not involve alcohol or a controlled substance and the fine was less than $300.

According to the BRN website, there is no obligation to disclose non-payment of child support on applications.

However, if your case is with the district attorney, the DA will notify the Consumer Affairs Support Unit and your nurse's license will be issued on a temporary basis. Failure to set up payment arrangements within 150 days will result in suspension of your registered nurses license.

3. What are the possible punishments?

Disciplinary actions for Nursing Practice Act violations, from least to most serious, include:

Disciplined individuals also may be on the hook for investigation and enforcement costs, which can be several thousands of dollars or more.

Depending on the nature of your case, you might be able to settle things with the Board of Registered Nursing informally pursuant to a settlement agreement.

But you do have the right to an administrative hearing, which is similar to a criminal or civil court trial. An administrative law judge presides over the proceedings and makes a recommendation to the Board.

The Board will be represented by a lawyer from the California Attorney General's Office. You have the right to a lawyer too, at your own expense.

You or your attorney will be able to call and cross-examine witnesses and introduce evidence to make your case.

If you lose your hearing, you can appeal to the Superior Court in what is called a writ of administrative mandate.

You can read more about administrative hearings and appeal procedures in our related article Professional License Disciplinary Actions.

5. Can I become a nurse if I have a criminal history? (The 7-year rule)

The Board of Nursing may disqualify people from becoming nurses if they have a criminal conviction within the past seven (7) years was substantially related to the qualifications, functions, or duties of being a nurse. (Scroll up to question 2 for an explanation of "substantially related" crimes.)

Additionally, the Board of Nursing may disqualify people from becoming nurses if they have a criminal conviction from any time for either:

Note that rejected nursing applicants have the opportunity to appeal when the denial was based on their past criminal history.13

If you or a loved one is charged with a crime and are a nurse and you are looking to hire an attorney for representation, we invite you to contact us at Shouse Law Group. We can provide a free consultation in office or by phone. We have local offices in Los Angeles, the San Fernando Valley, Pasadena, Long Beach, Orange County, Ventura, San Bernardino, Rancho Cucamonga, Riverside, San Diego, Sacramento, Oakland, San Francisco, San Jose and throughout California.

California Board of Registered Nursing

Licensed in Colorado? See our article on Colorado Nursing Licenses - suspension or revocation for past crimes.

Licensed in Nevada? See our articles on Nevada Nursing Licenses - Suspension, Revocation, and Disciplinary Hearings for Misconduct and the Nevada crime of nursing without a license.