Voluntary manslaughter under Nevada law is a type of homicide committed "in the heat of passion" with no premeditation. A typical example is a spouse walking in on the other spouse cheating, and then immediately killing the affair partner in a fit of rage.

This is far less than a murder sentence, which may carry life in prison or possibly the death penalty.

Typical defenses that could get manslaughter or murder charges completely dropped include: 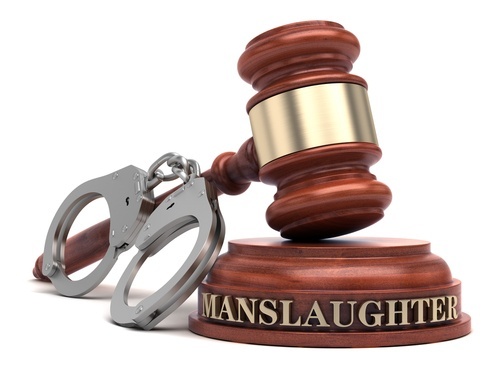 Voluntary manslaughter is a category B felony in Nevada.

1. What is voluntary manslaughter in Nevada?

Voluntary manslaughter is when a person kills out of rage after having been provoked. It applies in situations where any reasonable person in the killer's shoes would have felt a similar "passion."1 Specifically, the order of events is as follows: 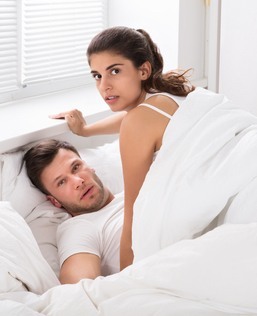 The classic example of voluntary manslaughter is when a husband unknowingly walks in on his wife in bed with someone else, and the husband promptly pounces on the other man and fatally wounds him. Being betrayed by a life partner is one of the most painful human emotions.

In order for a homicide to qualify as voluntary manslaughter, the provocation that causes the person to burst into a homicidal rage must be significant.2 Henderson criminal defense attorney Michael Becker gives an example of a situation that would not cause a reasonable person to kill in a fit of passion:

Example: Ephraim is cutting his steak at the Bellagio Buffet when a waiter accidentally spills the water pitcher on him. Enraged that his leather pants are now ruined, Ephraim slices the waiter's neck with the knife, killing him. In this case, no court would find that getting splashed with water is sufficient provocation to cause any reasonable person to fly into a homicidal rage. So he would probably be convicted of the more serious crime of murder (discussed in the next subsection).3

Note that there is no such thing as the crime of "attempted manslaughter." This is because an "attempt" implies acting with deliberation and malice, which is the very opposite of the legal definition of manslaughter.4 So if a betrayed spouse walks in on his wife with another man and immediately strangles him, the spouse would probably face only felony battery charges if the boyfriend survives.

Unlike murder, manslaughter is done without any premeditation or deliberation. So for a killing to be classified as manslaughter, it must occur as soon as the suspect is provoked.

Even if only a minute or two pass between the provocation and the killing, a jury may decide that the suspect "cooled off" during that interval and had sufficient mental ability to premeditate murder.5 Reno criminal defense attorney Neil Shouse gives an example of how this works:

Example: Charlie walks into his bedroom and is shocked to find his wife in bed with another man. Charlie then runs to his closet, takes out his pistol, loads it, and shoots the other man. In this case, Charlie would likely be liable for murder rather than manslaughter because getting and loading a gun shows premeditation.

Had Charlie in the above example been holding a loaded gun when he walked in on his wife cheating and then immediately shot the boyfriend, Charlie might be able to avoid murder charges. This because there would have been no cooling off period between discovering the betrayal and pulling the trigger.

2. What are the penalties for voluntary manslaughter in Nevada?

As a category B felony, violating NRS 200.050 carries the following sentence8

The death penalty is not a possible punishment for voluntary manslaughter.9

Depending on the case, it may be possible to get manslaughter charges reduced to involuntary manslaughter, which carries up to four (4) years in prison.10

2.1. Manslaughter as a plea bargain for murder

When a defendant faces murder charges, the criminal defense attorney may be able to persuade the prosecutor to reduce the charge to voluntary manslaughter. This would be a beneficial plea bargain for two reasons:

3. What are the defenses to voluntary manslaughter charges in Nevada?

Three of the most common defense strategies to charges of violating NRS 200.050 include:

Nevada law permits people to kill in order to protect themselves or others from immediate death or bodily harm.

Example:  Alice and Betty are strippers at Treasures. A drunk patron is angry that Alice and Betty will not let him touch them. The patron then takes out his gun and points it towards Alice while screaming obscenities. Fearful for her and Betty's life, Alice immediately kicks the patron in the throat with her stiletto, killing him. Alice should not face homicide charges because she reasonably believed their lives were in immediate danger.

Note that self-defense applies only when the defendant is acting reasonably under the circumstances. Had the patron in the above example not flashed a weapon, Alice would not have been justified in killing him...

Killing someone else under the unreasonable impression that death is imminent is called "imperfect self-defense." Even if Alice genuinely thought the patron was going to kill her, the patron's actions of merely screaming obscenities without a weapon would not put a reasonable person in immediate fear of her or another's life. "Imperfect self-defense" never serves as a defense to homicide charges. Learn more about justifiable homicide (NRS 200.120).12

Homicide defendants may be found "not guilty by reason of insanity" if they were in a delusional state that prevented them from either:

This defense may be effective for defendants suffering from severe mental illness, such as schizophrenia or bipolar disorder:

Example:  Jeff has been diagnosed with bipolar disorder. One day while his caretaker is helping him walk upstairs, the caretaker loses his patience at Jeff's manic state and screams, "Good God, why don't you just kill me now and end my suffering!" Taking his caretaker at his word, Jeff immediately pushes him down the stairs. In light of Jeff's mental illness, a Nevada court would probably find that Jeff did not appreciate that his conduct was illegal. Therefore, Jeff would probably escape a homicide conviction.

Note that defendants who are acquitted of homicide by reason of insanity are often committed to a mental institution. Also note that voluntary intoxication does not qualify as insanity.14

Deaths that result from innocent accidents are not criminal. Unless the defendant was acting negligently at the time of the killing, the defendant should not face homicide charges for causing an accident:15

Example: Nick is beating his girlfriend Dana at their home. At one point, Dana manages to duck when Nick tries to headbutt her. But this causes Nick to fall forward and hit his head on the marble floor, killing him. Even though Dana was acting in the heat of the moment, she should not face manslaughter charges. Nick falling forward to his death was an unforeseeable accident and should not invite criminal prosecution.

Another possible defense is that the defendant is actually innocent and was falsely accused. No matter the circumstances, prosecutors in criminal cases have the burden to prove guilt beyond a reasonable doubt. As long as the defense attorney can demonstrate that the D.A.'s evidence is too unreliable or inadequate to sustain a conviction, the court should drop the charges.16

4. Can I seal my voluntary manslaughter conviction in Nevada? 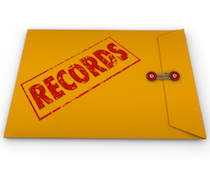 A conviction for violating NRS 200.050 may be sealed ten (10) years after the case ends.17 A case ends when the defendant has completed his/her sentence, including any probation.

But if the charge gets dismissed (meaning there is no conviction), then the defendant may pursue a record seal right away. The entire process to seal a record takes several weeks.18

5. Can I get deported for voluntary manslaughter?

Yes, because violating NRS 200.050 is a crime involving moral turpitude.19 Non-citizens arrested for any homicide charge are advised to retain legal counsel right away.

The attorney may be able to get the charge dismissed or reduced to a non-deportable offense so the defendant may stay in the U.S. Learn more about the criminal defense of immigrants in Nevada.

If you have been accused of homicide in Nevada, phone our Las Vegas criminal defense lawyers at 702-DEFENSE (702-333-3673) for a free consultation. We may be able to get the charges reduced or dismissed. And if necessary, we will fight all the way to trial for a "not guilty" verdict.

Arrested in California? Go to our page on California Voluntary Manslaughter law.

Arrested in Colorado? Go to our page on Colorado Manslaughter law.

• Will I get deported for a “voluntary manslaughter” charge in Nevada?


• When can I seal my “voluntary manslaughter” case from my criminal records in Nevada?


• Is it possible to win a “voluntary manslaughter” case at jury trial in Nevada?


Can claiming “self-defense” get my voluntary manslaughter charge dismissed in Nevada?


Can claiming “insanity” get my voluntary manslaughter charge dismissed in Nevada?