Unlike many other states, Nevada does not have a statewide “dog bite statute.” However, under Nevada's dog bite laws, an owner whose dog bites a third party faces civil liability for a lawsuit when:

If a dog or owner fits into one of these categories, a dog bite victim may be entitled to recover compensatory damages from the dog's owner or keeper. Such damages may include medical bills, lost wages, pain and suffering, and even punitive damages or wrongful death damages when a dog kills someone.

To help you better understand the law, our Las Vegas personal injury lawyers discuss the following, below:

You may also wish to review our article on “Dog Bite Lawsuits in Nevada," written by our Nevada dog bite lawyers. 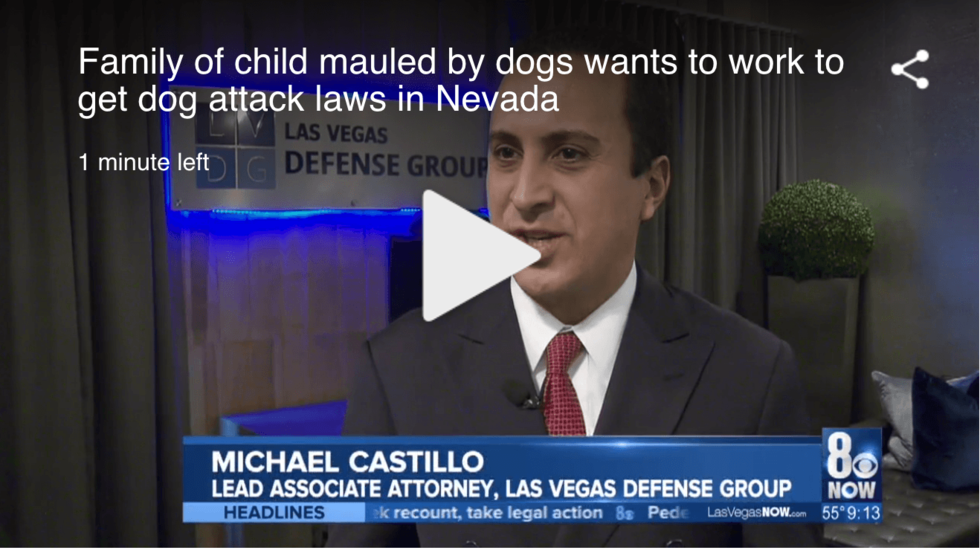 1. When can an owner be sued for violating dog bite laws in Nevada?

In some states, dog owners are liable for damages whenever their dogs bite someone and cause an injury. But there is no strict liability under Nevada law for dog bites.

In Nevada, a dog owner is not responsible to pay damages to a dog bite victim unless the dog is considered a "dangerous" or "vicious" dog or the owner is negligent.

Let's take a closer look at each of the situations that can give rise to liability for dog bites in Nevada.

Nevada dog owners are not automatically liable if their dog bites someone and has never bitten before. However, once a dog has bitten someone in Las Vegas even a single time, the dog is considered either a "dangerous" or a "vicious" dog.

The distinction is important. The dog's classification determines the owner's liability for future dog bites and possible criminal prosecution.

Most Nevada cities and counties impose a legal duty to report dog bites to their city or county Health Officer or Animal Control Officer and to provide all pertinent information requested by them.

This duty applies to both dog owners and to people who are bitten. Municipalities that require this include (without limitation):

Dog regulations within the city of North Las Vegas tend to be slightly less restrictive. However, regardless of where you live, it is highly recommended that you review dog regulations for your Nevada city or county.

According to Nevada law, a dangerous dog is one that has behaved menacingly toward people:

It is not necessarily against the law to keep a “dangerous dog” in Clark County or Las Vegas. However, owners and keepers of dangerous dogs must comply with both Nevada and municipal laws and regulations regarding dangerous dogs. These usually include (without limitation):

Failure to comply with these regulations is punishable as a misdemeanor. More importantly, it could make an owner negligent “per se” for a dog bite under Nevada law. This could result in the owner or keeper being sued for damages in a Nevada dog bite lawsuit. 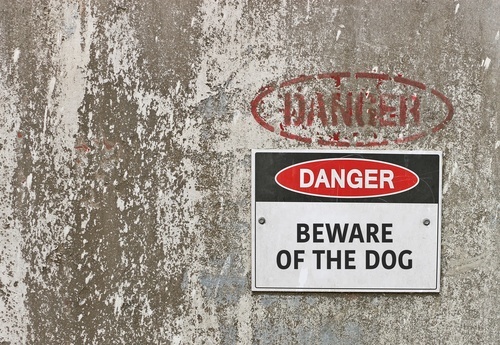 Nevada municipal regulations define “vicious dogs” as dogs that either:

Once a dog has been designated as vicious, it is no longer legal in Nevada for its owner to keep or even give the dog away. Keeping or selling a vicious dog could subject the owner to both a lawsuit for damages and to penalties under Nevada's criminal dog bite laws (as discussed below).

If you or someone in your family has been bitten by a vicious dog in Nevada it is important to speak promptly to an experienced Nevada dog bite lawyer.

Our Las Vegas dog bite lawyers offer free consultations to help you determine when an owner is responsible for your dog bite injuries in Nevada.

Despite Nevada's “one bite” rule, dog owners might have to pay up if they acted with negligence. Negligence can be found where a dog owner fails to take reasonable precautions given the situation.

For example, letting a new dog with powerful jaws play unsupervised with a small child might be negligent. If a dog owner is negligent it does not matter that the dog has never bitten anyone.

Whether a dog owner has been negligent is normally a question for the finder of fact – either the jury or in a bench trial, the judge. However, under certain circumstances, a Nevada dog owner may be liable under Nevada's negligence “per se” law.

Under Nevada's "negligence per se" laws, dog owners are automatically considered negligent when their dog bites someone while the owner was in violation of state or local animal control laws.

For instance, in Las Vegas, Henderson and unincorporated areas of Clark County dogs must be kept securely on the owner's property by a fence, cage, coop, chain, leash or other adequate means.5

This means that if you were bitten by an off-leash dog on a public street or sidewalk, the dog owner may be liable even if the dog has never bitten anyone before.

1.6. Are dogs allowed on the Las Vegas strip?

Clark County sets strict limits on dogs on the Las Vegas strip. Specifically, the area in which dogs are restricted is:

Law enforcement dogs and service dogs (as defined by the federal Americans with Disabilities Act) are exempt from the restrictions. Other dogs are permitted within the restricted area solely between 5:00 a.m. and 12:00 noon each day, provided they are on a leash or other restraint not exceeding three feet in length. 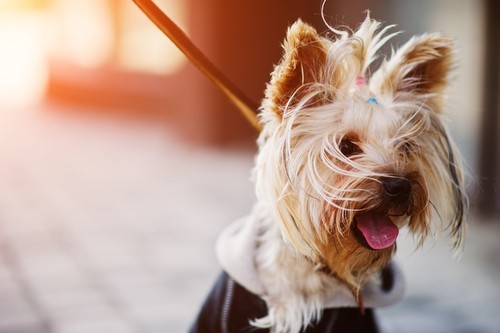 It is not a crime to keep a dangerous dog in Nevada. However, once a dog has been designated dangerous, it is at higher risk of being designated as “vicious.”

NRS 202.500, Nevada's criminal dog bite law, makes it a crime to keep, sell or give away a vicious dog in Nevada.

2.1. Definition of a “dangerous dog” under Nevada's criminal code

NRS 202.500 defines a dangerous dog as one that, without provocation, on two separate occasions within 18 months, behaves menacingly, to a degree that would lead a reasonable person to defend himself or herself against substantial bodily harm, when the dog was:

A dog may also be declared dangerous under Nevada law or by a local Animal Regulation Officer if it constitutes a physical threat to human beings or to other animals and, without regard to any previous behavior:

2.2. Definition of a “vicious dog” under Nevada's criminal code

2.3. Exceptions to definition of dangerous or vicious dogs under Nevada criminal law

A dog may not be declared dangerous or vicious: 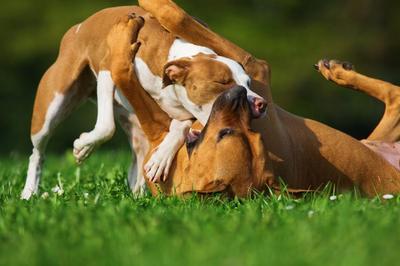 2.4. Criminal penalties for keeping or selling a vicious dog in Nevada

Consequences of a conviction for keeping or transferring a vicious dog in Nevada can include:

And if substantial bodily harm results from an attack by a dog known to be vicious, its owner or keeper may be charged with a Nevada category D felony.

Punishment for a category D dog bite felony in Nevada can include:

In addition, a judge may order that the dog be humanely destroyed.10 Note that an owner who trains a dog for -- or otherwise engages in -- dogfighting in Nevada faces prosecution as well.

There are many possible defenses to charges of keeping, selling or giving away a vicious dog under NRS 202.500. Common defenses include (but are not limited to):

Bitten by a dog in Nevada? Call us for help…

If you or someone you know has been attacked by a dog in Nevada, we invite you to contact us for a free consultation at 702-DEFENSE (702-333-3673) or by filling out the form on this page.

Our experienced Las Vegas dog bite lawyers can help you determine who is responsible and how much compensation you can recover under Nevada's dog bite laws.

And if you've been charged with a violation of Nevada's dog bite laws, our Las Vegas criminal defense attorneys can advise how best to stay out of jail and retain custody of your dog. (For cases in Calfornia or Colorado, please see our pages on California dog bite laws and Colorado dog bite lawsuits).