Hitting a pedestrian in Nevada by "failing to yield to a pedestrian at a crosswalk" constitutes reckless driving. Typical penalties include fines and community service and possibly jail.

Violating NRS 484B.283 can cause up to eight (8) Nevada demerit points to go on the person's Nevada driver's license. And if the incident occurred in a pedestrian safety zone, penalties may double.

Prosecutors are usually amenable to reducing traffic charges or possibly dismissing them. But judges will eventually issue bench warrants to defendants who blow off court or fine payments.

In this article our Las Vegas traffic ticket attorneys answer frequently-asked-questions about Nevada laws for yielding to pedestrians at crosswalks, including defense strategies, possible punishments, demerit points, and record seals. Click on a topic to jump to that section:

If you have been injured by a driver who did not yield, contact our Las Vegas personal injury attorneys to learn how you may file suit and win a large financial settlement. 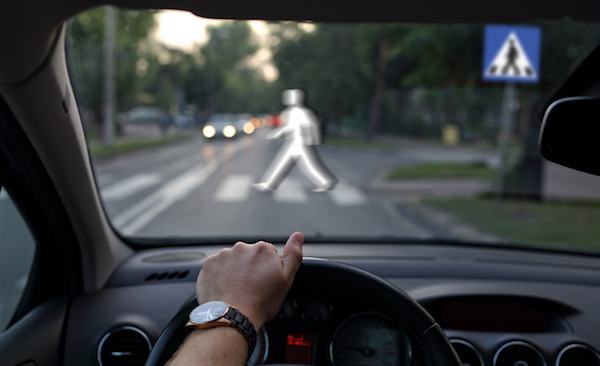 Causing a collision by not yielding to a pedestrian at a crosswalk is reckless driving in Nevada.

1. What is "failing to yield to a pedestrian at a crosswalk" in Las Vegas, Nevada?

Drivers who hit a pedestrian in Nevada because of failing to yield at a crosswalk face charges for reckless driving. Nevada is actually one of the most hazardous states for pedestrians.2

2. How do I fight charges for "failing to yield to a pedestrian at a crosswalk" in Las Vegas, Nevada?

The state has the burden to prove guilt beyond a reasonable doubt, which is a very high bar. The driver's defense attorney may be able to show the prosecutor that insufficient evidence exists to sustain a conviction. Typical evidence in these types of cases include: 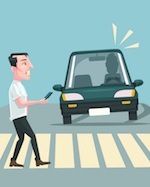 3. What are the penalties for hitting a pedestrian by "failing to yield at a crosswalk" in Las Vegas, Nevada?

It depends whether there is a collision or not:

Not yielding to a pedestrian at a crosswalk is a misdemeanor as long as there was no accident. The sentence is up to six (6) months in jail and/or up to $1,000 in fines. In Las Vegas, the fine is usually $305.

And if the accident happened in a pedestrian safety zone, the court may double the penalties; this additional penalty may not exceed $1,000 in fines, six (6) months of jail or 120 hours of community service.3

The penalties depend on whether the collision resulted in substantial bodily harm to the pedestrian. If there was no major harm, failing to yield at a crosswalk is misdemeanor reckless driving:

Meanwhile, causing substantial bodily harm or death to a pedestrian by not yielding at a crosswalk is category B felony reckless driving. The sentence is one to six (1 - 6) years in Nevada State Prison and fines of $2,000 to $5,000.4

4. Can I get a charge for "failing to yield to a pedestrian at a crosswalk" reduced to a non-moving violation in Las Vegas, Nevada?

It is possible; however, prosecutors are more resistant to reducing traffic charges in cases where someone gets harmed.

5. How many points will "failing to yield to a pedestrian at a crosswalk" put on my driver's license in Nevada? 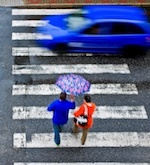 Getting twelve (12) or more demerit points within a year will cause a six (6) month license suspension. Drivers can request a hearing with the Nevada DMV to contest license suspensions, but they are advised to retain counsel to represent them.5

Note that driving on a suspended license is a misdemeanor in itself that carries up to six (6) months in jail and/or up to $1,000 in fines.6

Usually, yes. But if the defense attorney succeeds in getting the charges dismissed or reduced to a non-moving violation, insurance rates should stay the same.

Not necessarily, though doing traffic school may be a way to persuade the judge to reduce or dismiss the charges.7

8. What will happen if I ignore my case?

Bench warrants stay active until the defendant's attorney files a "motion to quash the warrant" and convinces the judge to recall the warrant. And while the warrant is active, the person can be arrested at any time and held without bail.8 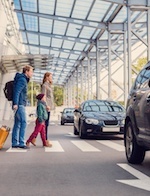 Note that reckless driving is considered a "serious offense" under federal law. This means that CDL-holders who pick up two (2) "serious offenses" within a three (3) year time span will get a 60-day CDL suspension. And for a third offense, the driver's CDL will be suspended for 120 days.10

It varies state-to-state, so an attorney from the driver's home state should be consulted.

11. When can I seal a Nevada conviction for "failing to yield to a pedestrian at a crosswalk"?

Failing to yield at a crosswalk is not a deportable crime, so immigration status should not be affected ... but there is no guarantee. Aliens should consult experienced counsel whenever they are facing criminal charges to discuss deportation issues. Read more about the criminal defense of immigrants in Nevada.

13. Should I fight my charge or just plead guilty? 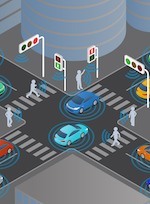 Yes. Chances are decent that a good criminal defense attorney can negotiate a significant charge reduction or dismissal that can save the driver's license, pocketbook, and insurance rates.

Bench trials (where the judge decides guilt or innocence) are available to people charged with misdemeanor traffic offenses. But people facing felony reckless driving charges may choose to have either a bench trial or a jury trial. In most cases, though, the case settles without a trial.13

Having an attorney is always recommended and tend to get better results than unrepresented defendants. And if a defendant hires an attorney, chances are the defendant will never have to go to court and can rely on the attorney to make all court appearances.

Arrested for failing to yield to a pedestrian at a crosswalk? Call a Nevada criminal defense attorney...

Were you arrested for not yielding to a pedestrian at a crosswalk in Clark County or elsewhere in Nevada? For a FREE consultation, contact our Las Vegas criminal defense attorneys at 702-DEFENSE (702-333-3673) right now. Our goal is to try to get your charges dismissed or reduced to a non-moving violation with lower or no fines, fewer or no demerit points, and no traffic school. For tickets in California, please see our article on Vehicle Code 21950 CVC - California law on failing to yield to pedestrians.

Were you or a loved one injured at a crosswalk by a driver who did not yield? Our Las Vegas car accident attorneys will fight for compensatory damages to pay for all your medical bills, pain and suffering, lost wages, and loss of future earnings, and more. You may still be able to recover money if you were partially to blame. And we do not get paid unless you get paid.