Passing a vehicle on the right side is a traffic violation in Nevada (with some exceptions). For instance, passing on the right-hand side is usually illegal in the following situations:

Unlawfully passing a vehicle on the right side is a misdemeanor in Nevada and carries four (4) Nevada driver's license demerit points.

The fine varies depending on location. In the City of Las Vegas, the ticket is $305.

No matter the jurisdiction, the fine doubles if the incident occurred in a Nevada work zone or pedestrian zone.

It is often possible to get traffic ticket charges reduced to a non-moving violation or even dismissed. Typical defenses are:

It is important to handle traffic citations in a timely manner. Otherwise, the defendant risks getting a bench warrant. So it is vital to retain legal counsel to handle the ticket. 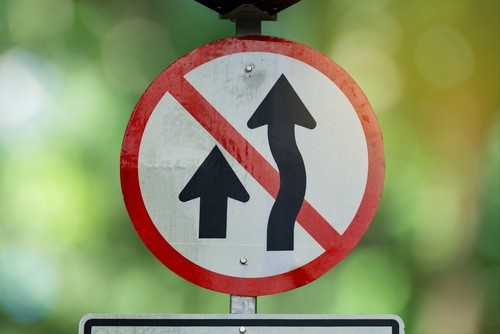 Unlawfully passing a car on the right is a misdemeanor in Nevada.

1. Is passing on the right illegal in Las Vegas, Nevada?

It depends on the situation. Passing vehicles on the left is the default traffic rule in Nevada, but passing on the right is lawful in any of the following four circumstances:

Meanwhile, passing on the right is unlawful in the following situations:

The most effective defenses to Nevada charges of illegal passing on the right hinge on the specific facts of the case. Three common defense strategies include:

2.1. The driver acted legally and safely

Sometimes safety is subjective. What seems hazardous to one traffic officer could appear lawful to another.

A defense attorney would work to uncover surveillance video and eyewitnesses in order to show that the driver executed the pass legally and safely. If the prosecutor has insufficient evidence to prove beyond a reasonable doubt that the defendant passed illegally, the case should be dismissed.

2.2. The driver was in an emergency situation and acted reasonably 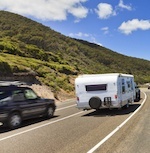 Passing on the right may be legal in emergency situations.

Close-calls happen on roads all the time. Drivers may succumb to a seizure, or perhaps debris falls from a truck, or a traffic light falls down. Either way, drivers faced with these unexpected situations might have to carry out an impromptu and risky car passing in an effort to avoid an accident.

Under Nevada's "sudden emergency doctrine," drivers are relieved from civil liability when they act reasonably in unexpected conditions.2 Depending on the traffic case, this doctrine can possibly protect quick-thinking drivers from criminal liability as well. If the defense attorney can make a good argument that any reasonable person in the defendant's situation would have reacted in a similar manner, the charge for unlawfully passing on the right may be dropped.

Road rage is a common phenomenon, and each day motorists have meltdowns and hurl false allegations at others over minor occurrences. In these situations, surveillance video and eyewitness testimony would be valuable in proving that the accuser is lying (or mistaken).

Note that most traffic cases involve little litigation where the defendant is called to defend him/herself on the merits. Oftentimes, the defense and D.A. can work out a favorable deal with no need to undertake an extensive investigation.

3. What are the penalties for unlawful passing on the right side in Las Vegas, Nevada?

Making an unlawful right-hand pass in the City of Las Vegas carries a $305 fine.3 The amount is usually less in other jurisdictions, though. In the City of Reno, for example, the fine for unlawfully passing a car on the right $115.4

As a misdemeanor, unlawful passing on the right carries a maximum sentence of $1,000 and/or six (6) months in jail. But it is very rare for a court to impose jail for traffic tickets.5

3.1. Unsafe passing in a work zone or pedestrian zone

Nevada law imposes double penalties for unlawful right-hand passing if the incident occurred in a work zone or a pedestrian safety zone. So a ticket that normally carries a $305 fine would double to $610 if the alleged passing happened in a construction area or a zone designated for pedestrians.

Note that work zones and pedestrian safety zones are supposed to be marked with signage so that motorists have notice that violating traffic laws carries double penalties. In the event that these signs are missing, a defense attorney can argue that any double penalty fines should be lifted since the driver was deprived of notice.6

4. Can I get a charge for passing on the right reduced to a non-moving violation in Nevada?

Usually yes, especially if the defendant has a clean criminal record. And if the defendant's case is strong, the defense attorney may even be able to get the charge not just reduced but totally dismissed.

5. How many points will go on my Nevada driver's license?

The Nevada DMV adds four (4) demerit points to a defendant's license for illegally passing on the right-hand side.7 After one year passes, the demerit points disappear.

Note that accumulating twelve (12) or more demerit points results in a six-month license suspension. It could be possible to fight the suspension at a DMV administrative hearing, which is similar to a trial.8

Note that driving on a suspended license is a misdemeanor carrying up to six (6) months in jail and/or up to $1,000 in fines.9 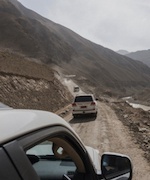 Illegally passing a car on the right can increase insurance premiums.

Yes, moving violations usually do cause insurance companies to increase premiums. But if the defense attorney manages to get the charge reduced to a non-moving violation or dismissed, there should be no insurance penalties.

Sometimes, prosecutors offer plea deals that require no traffic school. Other times, judge allow defendants to pay higher fines in exchange for not doing traffic school. Many times, traffic school is the only way to get illegal passing charges lessened to a non-moving violation, which carries no demerit points or insurance rate increases.10

Of course, the ideal scenario is for the defense attorney to persuade the prosecutor to dismiss the charges with no penalties whatsoever.

Once a bench warrant is issued, the defendant can be arrested at any time and held without bail.

The only way to recall ("quash") a bench warrant is to submit a motion with the court to quash the warrant and to request a hearing. If the judge at the hearing agrees to give the defendant another chance and to quash the warrant, the defendant must be careful not to miss another court deadline or fine payment. Otherwise, the judge will issue another warrant and may not be willing to recall it again.11

The Nevada DMV will add four (4) demerit points to a driver's commercial license (CDL) for illegally passing on the right.12

The best course of action is to consult with a lawyer in the home state to see if and how the DMV will penalize the person's license. Usually, DMVs hand down the same penalties as they would if the passing violation took place in the home state.

11. When can I seal a conviction for unlawful passing in Nevada? 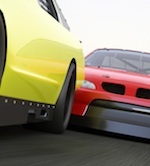 Most traffic convictions can be sealed from the driver's criminal record 1 year after the case ends.

People convicted of illegally passing on the right side in Nevada are required to wait one (1) year after the case closes to petition the court to seal the record.14

Note that if the traffic charge gets dismissed, then there is no waiting period to petition to begin the record seal process.15

No, legal aliens will not get deported for passing on the right side. The list of deportable offenses does not include minor traffic offenses.

But considering the current political climate, all immigrants are advised to seek legal counsel whenever they are facing criminal charges to make sure their resident status will not be affected. Learn more about the criminal defense of immigrants in Nevada.

In most cases, fight it because the prosecutor will probably extend a favorable plea deal without much resistance. The few extra days or weeks it takes to challenge a ticket is worth possibly not getting demerit points or insurance rate increases. 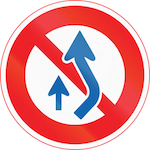 It is very rare for illegal right-hand passing cases to go to trial in Nevada.

Trials for small traffic offenses hardly ever happen, but the defendant is entitled to one. But because the stakes are so low, the proceeding would be a bench trial (where the judge decides the verdict) and not a jury trial.16

In an effort to expedite traffic matters, Las Vegas Justice Court holds biweekly "attorney sessions" on Tuesdays and Thursdays. Here, defense attorneys and prosecutors can negotiate deals for tickets issued within Las Vegas's unincorporated city limits. The benefit of attorney sessions is that it allows traffic matters to get resolved soon after the alleged incident.

16. If a driver causes an accident by unlawfully passing on the right side, can I file a lawsuit?

As opposed to regular negligence cases, "negligence per se" cases allow the court to presume that the defendant breached his/her duty of care. So the plaintiff just has to prove that his/her injuries resulted from the defendant's breach of duty.

If negotiations are not fruitful, however, our attorneys will fight for the victim at trial in pursuit of the largest compensatory damages and punitive damages the court can give. Even if the victim partly contributed to the accident, he/she might still be eligible for hefty money damages. Learn more about our Las Vegas personal injury attorneys.

The Nevada crime of failing to signal before changing lanes or making a turn is a misdemeanor in Nevada. The fine in the City of Las Vegas is $205. And the DMV levies one (1) demerit point.18

The Nevada crime of following a car too closely is a misdemeanor in Nevada. It makes no difference if the tailgating does not result in an accident. The fine in the City of Las Vegas is $305. And the DMV levies four (4) demerit points.19

The Nevada crime of backing up a vehicle in an unsafe manner is a misdemeanor in Nevada. The fine in the City of Las Vegas is $205, and the DMV levies two (2) demerit points. 20

For a free consultation, call our Las Vegas criminal defense attorneys at 702-DEFENSE (702-333-3673). We may be able to get your charges reduced or dismissed with no traffic school, demerit points penalties, or insurance rate hikes.