People who take another person's lost property with no intention or effort to return it to the owner face Nevada theft charges. The law requires finders of lost property must make reasonable efforts to track down the owners before they can keep the property for themselves.

Typical defenses to Nevada charges of "theft of lost property" include:

People convicted of stealing lost property are ordered to pay Nevada victim restitution. In addition, they face the following punishments;

Scroll down for more information about the Nevada offense of appropriation of lost property. Our Las Vegas criminal defense lawyers go into detail about the crime's definition, defenses, and penalties.

Definition of "Theft of Lost Property" in Nevada

The legal definition of "theft of lost property" in Nevada is when a person knowingly and without lawful authority "comes into control of lost, mislaid or misdelivered property of another person...and appropriates that property to his or her own use or that of another person without reasonable efforts to notify the true owner."1

In short, people who find property they know is lost may not keep the property unless they make "reasonable efforts" to reunite the property with the owner. This also goes for property that is mistakenly mailed or delivered to the wrong recipient...it is still the recipient's duty to try to find the rightful owner before he/she can lawfully keep the property. Henderson criminal defense attorney Michael Becker illustrates how Nevada's lost property law works:

Example: Cindy has a party at her Henderson house where a hundred friends and friends of friends come over. Afterwards, she finds a pair of Chopard sunglasses that one of the guests left my mistake. Cindy honestly has no idea whom the glasses belong to, but she figures "finders keepers, losers weepers" and keeps them for herself. Meanwhile, the owner of the sunglasses reports them missing to the police. If the police discover Cindy kept the sunglasses without trying to return them to the rightful owner, they could arrest her and book her at the Henderson Detention Center.

Note that Cindy would have the same obligation to try to find the true owner even if the sunglasses were inexpensive. Also note that if Cindy never found the sunglasses because they were left under a couch or in some other inconspicuous area, then Cindy should not be liable for theft because she never knowingly came into control of the sunglasses.

Some lost property contains no information about the owner. Examples include a sweater, or a cell phone with a passcode. But if someone finds such unmarked property and takes possession of it, the finder is still obligated to make reasonable efforts to reach the owner. Typical ways a finder of lost property can find the true owner include the following: 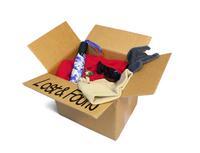 People who find lost property in public locations can turn them into a "lost and found."

Some lost property contains explicit information about the owner. A common example is a wallet, which usually holds an ID, credit cards, and other identifying information. If someone find such lost property and takes possession of it, the finder is obligated to make reasonable efforts to find the owner. In today's internet age, it is quick and easy to track down most anyone and to contact them through any of the following: 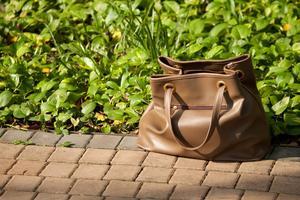 Example: Darrel is walking through Jerry's Nugget when he sees a lady's handbag on the floor. Then he furtively sneaks up on the purse, looks around to see if anyone is watching him, and quickly hides it in his jacket before slinking off. An undercover officer who was observing Darrel then arrests him and books him for theft of lost property at the Clark County Detention Center.

In the above example, Darrel's actions of staking out the purse, sneaking up to it, and hiding it in his jacket suggest that he meant to keep the purse for himself. And the fact this behavior was observed by the cops and probably recorded on surveillance video would serve as further evidence against him. Had Darrel openly taken and carried the purse away, his defense attorney could argue that Darrel was just being a good Samaritan and was in the process of bringing the purse to a security officer or a lost and found. Learn more about the Nevada crime of bait purse theft.

Possession of stolen property in Nevada

Statute of limitations for theft in Nevada

If a person keeps lost property without making reasonable efforts to find the owner, there is a limited amount of time that a Nevada D.A. can press theft charges against the finder:

Defenses to "Theft of Lost Property" in Nevada

There are two common defense strategies for fighting charges of "theft of lost property" in Nevada:

Penalties for "Theft of Lost Property" in Nevada

As with most Nevada theft crimes, the punishment for stealing lost property increases with the value of the items taken.4

If the value of the lost property is less than $650, the defendant can be prosecuted for a misdemeanor in Nevada. The sentence includes:

If the value of the lost property is at least $650 but less than $3,500, the defendant can be prosecuted for a category C felony in Nevada. The sentence includes:

If the value of the lost property is $3,500 or more, the defendant can be prosecuted for a category B felony in Nevada. The sentence includes:

Are you facing charges for "theft of lost property" in Nevada? Have a free consultation with our Las Vegas criminal defense attorneys at 702-DEFENSE (702-333-3673). We will discuss the possibility of getting your charges reduced or possibly dismissed without a trial.

1. Theft, robbery, burglary, forgery, arson, sexual assault, sex trafficking, a violation of NRS 90.570, a violation punishable pursuant to paragraph (c) of subsection 3 of NRS 598.0999 or a violation of NRS 205.377 must be found, or an information or complaint filed, within 4 years after the commission of the offense.

2. Any felony other than the felonies listed in subsection 1 must be found, or an information or complaint filed, within 3 years after the commission of the offense.

1. A gross misdemeanor must be found, or an information or complaint filed, within 2 years after the commission of the offense.

2. Any other misdemeanor must be found, or an information or complaint filed, within 1 year after the commission of the offense.

• Will I get deported for a “theft of lost property” charge in Nevada?


• When can I seal my “theft of lost property” case from my criminal records in Nevada?


• Can I keep my guns if I am convicted of “theft of lost property” in Nevada?


• Is it possible to win a “theft of lost property” case at trial in Nevada?


Can I get my “theft of lost property” charge dismissed in Nevada?


Can I meet with the D.A. before “theft of lost property” charges are filed in Nevada?