The Nevada Sex Offender Registry is a database of Nevada residents and visitors who have been convicted of certain sex offenses and crimes against children. Currently there are about 7,200 convicted sex offenders in Nevada.

Nevada law divides convicted sex offenders into three categories. Each "tier" has its own registration requirements:

Failing to register as a sex offender (NRS 179D.550) is a separate crime. It carries possible Nevada State Prison time. But certain offenders may be eligible for early termination of sex registry requirements.

Being a convicted sex offender carries a social stigma. And it could ruin the defendant's future employment and living prospects. But it may be possible to fight the charges. 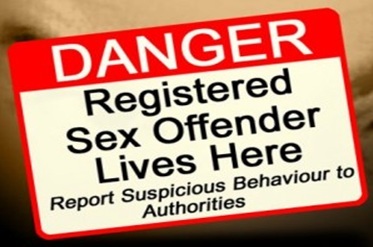 Tier I offenders are not publicly searchable on the Nevada Sex Offender Registry database under NRS 179D unless the victim is a child.

1. What is the Nevada Sex Offender Registry?

The Nevada Sex Offender Registry is a public database. It includes people convicted of certain sex offenses. As well as certain crimes against children.

People search the database to see if there are offenders nearby. The Registry also goes by "Adam Walsh registry."

2. How are sex offenders classified?

Nevada law has three categories of convicted sex offenders. From most serious to least serious, they are: 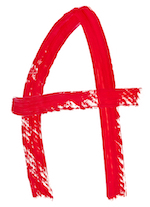 Tier 3 classification is the most serious. It is for violent sex crimes, non-parental kidnapping, and serious crimes involving children. Especially young children.

According to the U.S. Department of Justice's review of Nevada sex offender law, Tier 3 offenses also include:

Tier III offenders are publicly searchable through the Nevada sex offender registry. As discussed in the next section, Tier 3 offenders must register at least once every 90 days for life.2

Tier 2 classification is for crimes against children. Specifically, Tier 2 crimes include the following. But only if the victim is under 18 years old: 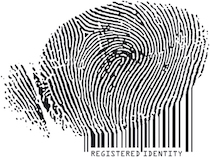 According to the U.S. Department of Justice's review of Nevada sex offender law, Tier 2 offenses also include:

Tier I offenders must register for 15 years.

2.3. Tier I offenders in Nevada

Specifically, Tier 1 crimes include the following:

In addition, Tier 1 crimes include the following offenses if they are sexually motivated:

Although Nevada law does not specifically state it, it appears that people convicted of the following offenses are also required to register as a Tier 1 offender:

3. What are the sex offender registration requirements?

Adjudicated sex offenders in Nevada must:

Otherwise, offenders face additional felony charges. (As discussed in the next section.)

Note that offenders need to renew their driver's license annually. And out-of-state offenders must abide by Nevada's registration requirements while in Nevada.6

4. What happens if an offender fails to register?

It is a felony not to register as a sex offender as required. The penalty depends on whether the person has previous convictions of failing to register:

The Nevada DMV will also deny people a renewal of their driver's license if they fail to register.7

5. How can someone get removed from the registry?

Early termination of Nevada sex offender registration requirements may be possible if:

(There is no way for Tier II offenders to shorten their requirement to register for 25 years.)

In order to be considered for early termination, eligible Tier I or Tier III offenders must meet the following four requirements:

Tier II offenders are not eligible for early termination of registration requirements.

Note that early termination of registration requirements is not automatic. The person must file a petition in the local district court, and the court will hold a hearing to decide whether to grant the petition.8

Also note that early termination does not:

But it may be possible to get civil rights and gun rights restored through a Nevada pardon.

6. How can someone search the registry?

The public can search the Registry in any of the following four ways:

The Registry provides the following information about Tier II and Tier III offenders as well as Tier I offenders with child victims:

State workers try to keep the Registry as updated and correct as possible, but there are some errors. Contact the Registry at 775-684-6262 to inform them of inaccuracies.

Have you been arrested in Nevada for a sex crime or a crime against a child? Then it is imperative you consult with an attorney right away. A conviction could not only put you behind bars and cost you thousands. It can land you on the Nevada Sex Offender Registry.

Call our Las Vegas criminal defense attorneys at 702-DEFENSE (702-333-3673) for a FREE consultation. We may be able to get your charges reduced to a lesser offense or dismissed completely.