Sentencing hearings are usually the last stage in a criminal case if you have been convicted. Your lawyer argues for the laxest penalties and the D.A. argues for the harshest. At the end, the judge will then decide on the final custody sentence, fines and any other terms.

Keep reading to learn all you need to know about Nevada sentencing hearings.

What is a sentencing hearing in Las Vegas, NV?

So a sentencing is similar to a trial in that the judge listens to the same two sides argue: Your attorney and the prosecutors. But the issue here is not your guilt since that has already been decided. The only thing at stake at a sentencing hearing is what penalties you will be sentenced to.

How soon do sentencing hearings occur after I am convicted?

It depends. Nevada law states that, "Sentence must be imposed without unreasonable delay." (NRS 176.015)

If the crime was a misdemeanor in Las Vegas, sentencing typically occurs right away. This is because the maximum punishments for misdemeanors are relatively lax: Six months in jail and/or $1,000 in fines. But the judge may delay sentencing for a few days.

If the crime was a felony in Las Vegas, the sentencing hearing may not occur for three or more weeks. This is to give your attorney ample time to prepare for the hearing because the potential penalties are much more serious. Felonies carry a minimum of one year in prison.

Sentencing could also be delayed if your attorney is moving for a new trial, if the court needs to determine whether you are sane, or if the probation department is late in turning in your pre-sentence investigation (PSI). A PSI is a biographical report about you to help the judge determine a proper sentence. 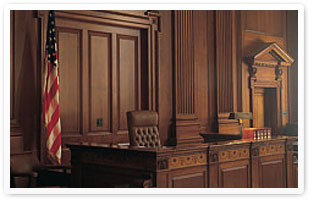 How long do sentencing hearings last?

What happens at the hearing?

Las Vegas sentencing hearings look very similar to trials. Both your attorney and the D.A. may call witnesses to testify and give closing arguments. You also have many of the same rights as you do at trial such as:

Note that you do not have the right to confront or cross-examine witnesses. For example if John is convicted of battery and the victim Jane testifies at sentencing, John would not be able to cross-examine Jane on the stand. 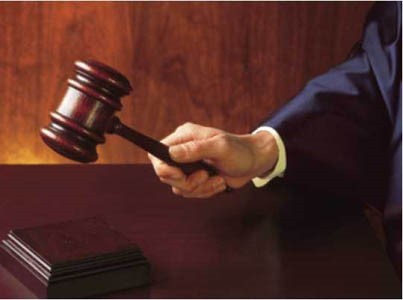 What will my sentence be?

For example, the penalty for the Nevada crime of robbery is 2 - 15 years in prison. And a conviction for the Las Vegas offense of drug possession may carry 4 years of prison or no prison at all with probation.

As you can see, the range spans from relatively lax to extremely harsh. Where your sentence falls within this range is what the sentencing hearing will determine.

What will my sentence be if I was convicted of more than one crime?

When you are being sentenced for more than one crime, the judge will decide whether the sentences will run "concurrently" or "consecutively." For example, Jim is convicted on two counts of robbery and gets three years for each count ...

At the sentencing hearing your attorney can argue for you to receive a concurrent rather than a consecutive sentence.

What if I have been convicted of crimes in the past?

Whether your past criminal record can increase your sentence for a future conviction depends on several factors. Consult with your attorney, and refer to our information page about habitual offenders in Nevada. 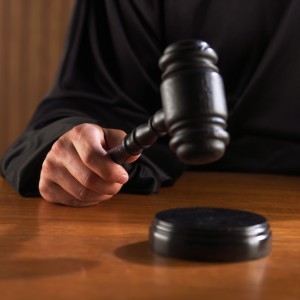 If I am found guilty at trial, will my sentence be harsher than if I took a plea deal?

In general, yes. Judges prefer defendants to plea bargain instead of going to trial in order to conserve court resources. Therefore prosecutors will usually offer lower sentences to defendants as an incentive to avoid trial.

If I enter a plea bargain, does the judge have to grant it?

Judges usually will honor the terms of a plea bargain. But they do not have to. There is always a slight risk when you enter a plea that the judge will impose a harsher penalty. But again, this is rare. Learn more about plea resolutions in Nevada.

If my sentencing hearing is scheduled for another day, can I remain out on bail?

Following a guilty verdict or entry of plea, the judge has the discretion to order any of the following:

In an effort to keep you out of custody, your attorney may argue that you are not a flight risk and that the nature of the crime does not warrant custody.

Can my family and friends testify at my sentencing hearing in Las Vegas, NV?

Consult with your attorney about whether it would be a good idea. It is very common for family and loved ones to testify at sentencing hearings to lobby for a lax penalty. But sometimes they can do more harm than good depending on what they say. Maybe they can write a letter to the judge instead.

Charged with a crime? Call us for help ...

If you have been arrested for a crime, call our Las Vegas criminal defense lawyers to talk for free. We may be able to get your charge dismissed or win at trial so you never face sentencing at all. You can reach us at 702-DEFENSE (702-333-3673).