Reckless driving laws in Las Vegas, Nevada, make it a crime "for a person to drive a vehicle in willful or wanton disregard of the safety of persons or property." Drivers may find themselves charged with this offense for allegedly doing the following:

An alleged violation of reckless driving laws in Las Vegas is just misdemeanor as long as the incident does not cause death or substantial physical harm. Otherwise, it is considered a felony crime.

The punishment for reckless driving in Nevada includes eight (8) demerit points being added to your drivers' license as well as possible fines and incarceration. How much and how long depend on whether the incident caused death or substantial bodily harm:

Misdemeanor reckless driving charges are brought in cases where no death or injury resulted.

It carries a punishment of up to six months in jail and/or the following fines:

Reckless driving also encompasses "trick driving." This is where traffic is slowed or detoured in order to perform a stunt. The penalty is:

A second or subsequent offense is a gross misdemeanor:

A driver may be charged with felony reckless driving in Nevada if prosecutors believe that the driver's alleged recklessness was the "proximate cause" of the death or substantial bodily harm of someone else. It is a category B felony in Nevada carrying penalties of:

If a driver suspected of "reckless driving causing death" in Nevada allegedly disregards an officer's order to stop or tries to evade the officer, the driver can be charged with a category B felony of two to twenty years in prison and a fine of up to $50,000. (NRS 484B.550)

Reckless driving penalties in Nevada can be as much as doubled if the incident allegedly occurred in a work zone. (NRS 484B.130) And if the charge was for an unauthorized speeding contest on a public highway in Las Vegas, the judge will also impose community service and a license suspension of six months to two years and may order that the car is impounded.

The legal definition of reckless driving in Las Vegas is very subjective, so a defense attorney would try to get the case dismissed by arguing that the person's driving did not rise to the level of recklessness. Since these incidents often have no witnesses, a Nevada prosecutor may simply lack sufficient evidence to prove this charge beyond a reasonable doubt.

In felony cases of driving recklessly in Las Vegas, a defense attorney would attempt to get the charges dismissed by showing the following:

By meticulously investigating the evidence and conducting accident reconstruction, a defense attorney may be able to cast enough doubt on the prosecutors' case to persuade them to throw out the felony charges. Or if the attorney can show that the person's driving was not "reckless" but rather "negligent," the prosecutor may then agree to reduce the charges to "vehicular manslaughter" which is only a misdemeanor in Nevada. 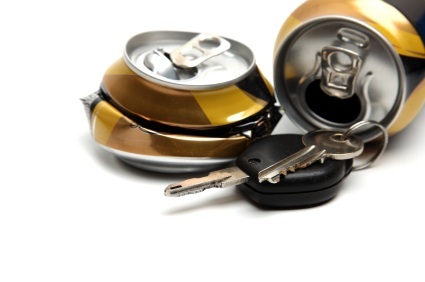 Reckless Driving as a plea to DUI

If you are arrested for driving under the influence in Las Vegas and the prosecutors refuse to dismiss the case, your attorney may be able to persuade them to reduce the DUI charge down to reckless driving. You may still have to complete standard Nevada DUI penalties (such as a victim impact panel and DUI School), but the benefits of pleading to reckless driving are twofold:

The main drawback to pleading to reckless driving in Nevada is that it adds 8 demerit points to your driver's license. Pleading to a DUI may cause your license to be suspended for several months in Las Vegas, but afterwards, you have no demerit points.

Have you been arrested for reckless driving in Nevada? Then call our Las Vegas DUI defense attorneys at 702-DEFENSE (702-333-3673) for a free consultation on how we can try to get your charges reduced or dismissed. And if you are an immigrant or non-citizen, our primary goal will be to try to keep your resident status intact.

• Will I get deported for a “reckless driving” charge in Nevada?


• Can I seal my “reckless driving” case from my criminal records in Nevada?


• Is it possible to win a “reckless driving” case at jury trial in Nevada?


• Can a DUI charge be reduced to “reckless driving” in Nevada?


What is the difference between misdemeanor and felony “reckless driving” in Nevada?


Can I get a “reckless driving” charge dismissed in Nevada?