Nevada “pretrial” conferences — 3 things to know in a criminal case

Top Las Vegas criminal defense attorney explains what Nevada pretrials are. More info at https://www.shouselaw.com/nevada/pretrial.html or call Las Vegas Defense Group for a FREE consultation at 702-DEFENSE (702-333-3673). NEVADA PRETRIAL CONFERENCES “Pretrial” sounds like an intimidating word because it contains the word trial, but in actuality, most Nevada criminal cases get resolved in the pretrial stage without ever proceeding to an actual trial. Here are three things to know about pretrials: 1) The pretrial refers to the time period in a criminal case following the arraignment (which is when a defendant is formally charged) and before the trial (or when the defendant enters a plea). It is during the pretrial period that the defense and prosecution file “pretrial motions” asking the judge to admit or keep out certain evidence should the case go to trial. Meanwhile, both sides are negotiating with each other to hammer out a plea bargain in an attempt to avoid going to trial at all. 2) The pretrial phase may last anywhere from a few weeks to several years depending on the complexity of the matter. 3) In Las Vegas Municipal Court, the word “pretrial” refers to specific court dates where the defense and prosecution update the judge on the status of the case. Defendants typically get three (3) pretrials before the judge insists the case go to trial. LAS VEGAS DEFENSE GROUP, L.L.C. Our criminal defense attorneys at Las Vegas Defense Group, L.L.C., represent clients all throughout Nevada including Las Vegas, Henderson, Washoe County, Reno, Carson City, Laughlin, Mesquite, Bunkerville, Moapa, Nye County, Elko, Pahrump, Searchlight, Moapa Valley, Goodsprings, Boulder City, North Las Vegas, Beatty, and Tonopah. Our offices are located in Las Vegas and Reno: 2970 W. Sahara Ave. Las Vegas, NV 89102 702-DEFENSE (702-333-3673) fax: 702-974-0524 200 S. Virginia St. 8th floor Reno, NV 89501 775-348-9685 Learn more at https://www.shouselaw.com/nevada. Or call 702-DEFENSE (702) 333-3673.

Like it sounds, pretrial is the period in a Nevada criminal case prior to trial. Pretrial is when the defense and prosecution may (1) trade discovery, (2) file pretrial motions, and (3) negotiate a possible resolution that dispels with the need for a trial at all.

In this article, our Las Vegas criminal defense attorneys answer frequently-asked-questions about the pretrial process in Nevada, including discovery, motions and plea bargains. Click on a topic to jump to that section:

1. What is a pretrial in Nevada?

In general, the pretrial refers to the time period in a criminal case following an arraignment (when the defendant pleads "not guilty") and before the trial (or entry of a plea, if the case resolves).

It is during the pretrial period that the state hands over its evidence ("discovery") to the defense. Both sides may file pretrial motions asking the judge to admit or keep out ("suppress") certain evidence and subpoena witnesses in Nevada. Meanwhile, both sides are negotiating with each other to hammer out a plea bargain in an attempt to avoid going to trial.

The pretrial phase may last anywhere from a few weeks to several years depending on the complexity of the matter.

In Las Vegas Municipal Court, the word "pretrial" refers to specific court dates where the defense and prosecution update the judge on the status of the case. Defendants typically get three (3) pretrials before the judge insists the case go to trial.

2. What is discovery in Nevada?

Discovery is the process by which defense counsel and the prosecution exchange evidence in a Nevada case. Discovery is conducted in accordance with strict procedural rules which require that both sides provide each other with all the evidence relevant to the case. Typical discovery in Las Vegas includes: 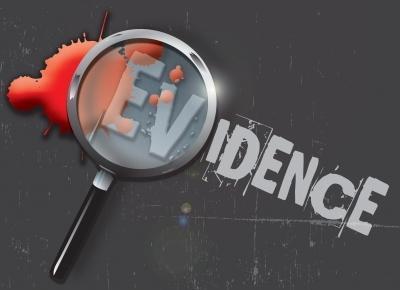 The prosecution gives the defense its evidence ("discovery") during the pretrial.

Sometimes the prosecution and/or defense refuse to give over certain evidence or disagree whether certain evidence is "relevant" enough to be used at trial. In these cases, they may ask the judge to intervene via a "pretrial motion" and determine whether the evidence may be produced.

3. What are pretrial motions in Nevada?

A pretrial motion is a request by an attorney for the judge to make a decision on a specific procedural or evidentiary matter before the case proceeds to trial. Depending on the circumstances, attorneys may make motions orally in open court or submit them in writing.

3.1. Motion to dismiss in Nevada

If a judge grants a motion to dismiss, the charge(s) at issue will be dropped.

3.2. Motion to suppress evidence in Nevada 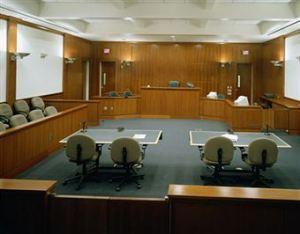 Motions to suppress ask judges to keep certain evidence from being admitted at trial.

If a judge grants a defendant's motion to suppress certain evidence, then the prosecution will not be allowed to introduce that evidence at trial. This could hinder the prosecution's ability to prove guilt beyond a reasonable doubt and may sway them to offer a plea bargain to the defense. Often the state will dismiss the case altogether if its key evidence gets suppressed.

3.3. Motion to sever charges or co-defendants in Nevada

If an alleged criminal act involves multiple charges and/or co-defendants, prosecutors frequently "join" them altogether in one case. While this may be convenient for prosecutors, it may be prejudicial to defendants.

Defendants can file a "motion to sever" asking the court to separate out their criminal charges into separate cases or to try their case separately from their co-defendants. Learn more about joinder in Nevada criminal law.

4. What are plea bargains in Nevada?

Plea bargains are the criminal law equivalent of "settling out of court." Similar to civil cases such as personal injury matters, most Nevada criminal cases resolve through negotiation in the pretrial stage so that the parties never go to trial.

Plea-bargaining in Nevada often begins very early in a case's pretrial stage. Plea-bargaining may last a few days or many months depending on the seriousness of the charges, the evidence, and any new developments. Last-minute negotiations often take place right outside the courtroom.

When both sides agree on a plea bargain, the defendant usually will plead guilty or "no contest" to a lesser charge with a reduced sentence. This way the defendant avoids the time and expense of trial and the risk of getting a guilty verdict on the original charges.

In some plea bargains, the defendant's case will even get dismissed completely after he/she completes the sentence. This means there is no conviction, and the defendant can pursue a record seal right away.

Defendants charged with a first-time offense of shoplifting or prostitution in Nevada might instead be able to plead to breach of peace or trespass. These offenses carry less of a social stigma and do not look as bad when potential employers run background checks on them.

In some cases, Nevada prosecutors will agree to negotiate a DUI down to reckless driving. Penalties are usually the same. However, defendants may petition to get a reckless driving conviction sealed from their criminal record after only one (1) year, whereas DUIs carry a seven (7) year waiting period.

If you have been accused of an offense in Nevada, call 702-DEFENSE (702-333-3673). Our Las Vegas criminal defense lawyers will consult with you for free about whether they may be able to use the pretrial process to get your charges reduced or even dismissed. But if necessary, we are prepared to litigate your matter all the way to trial.