NRS 205.080 is the Nevada law that prohibits possessing burglary tools. The statute states that people who have any tool commonly used for:

It does not matter if the defendant has not used the tools to commit a crime. NRS 205.080 punishes people who clearly mean to break the law but get caught before they can. 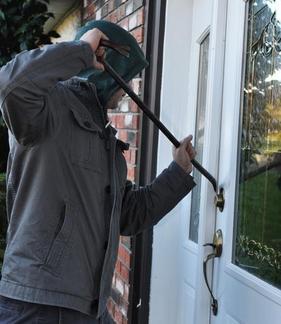 Having a tool that can be used for a break-in can be criminal under NRS 205.080.

1. What are burglary tools?

A burglary tool can be any of the following that is "adapted, designed or commonly used" to commit a crime:

Courts presume people who have such tools intend to use them to commit a crime. So if the case goes to trial, the defendant has the burden to prove he/she lacked criminal intent.

The only exceptions are mechanics, artificers, or tradesmen. But they must possess the tools open to public view at their established shop or place of business.1

The facts of a case dictate which defenses could be effective in fighting the allegations. Three common defenses in NRS 205.080 cases are:

Example: Brandt is on probation in Reno for battery domestic violence (NRS 200.485). His friend asks him to help him fix up his house in Carson City. Brandt packs his tools and motorcycles towards his friend's house. On the way, he is stopped at a DUI checkpoint. A police officer sees the tools and assumes he is going to use them to commit burglary. Brandt is then booked at the Washoe County Detention Facility not only for violating NRS 205.080 but also for violating probation.

Brandt in the above example would need to show the court that he intended to help repair his friend's house. If successful, the charge could be dismissed and his parole could be reinstated.

Still, probationers must be careful never to exhibit behavior that police can misconstrue as suspicious. Winning a probation violation hearing is tougher than winning a trial because the D.A. has a lower burden of proof.

Possession of burglary tools is a gross misdemeanor in Nevada. The sentence is:

Predictably, these penalties are lower than the sentence for felony theft crimes. This is because the defendant was caught before he/she could steal anything.

Violating NRS 205.080 is usually not deportable. But there is no sure thing in immigration law. The rules are constantly changing.

Therefore, non-citizens charged with any crime are advised to get a lawyer. If the charge threatens their resident status, the lawyer may be able to get the case dismissed or reduced to a non-deportable offense.

Yes. But unless the charge gets dropped, there is a wait. Gross misdemeanor convictions must stay on the defendant's record for two years. Only then can the defendant ask the court for a record seal.3 Learn how to get a Nevada record seal.

Arrested for a crime? Call a lawyer for help...

Charged with possession of burglary tools in Nevada? Phone our Las Vegas criminal defense lawyers at 702-DEFENSE (702-333-3673). We can discuss your case for free.

We may be able to get the charges lessened or dismissed so your record stays clean. But if necessary, we are always prepared for trial to pursue an acquittal.