Las Vegas adult-only pool parties are hotbeds for arrests by overzealous bouncers and police. Five offenses that patrons are commonly charged with are:

Public intoxication is not a crime in Nevada except on federal land. 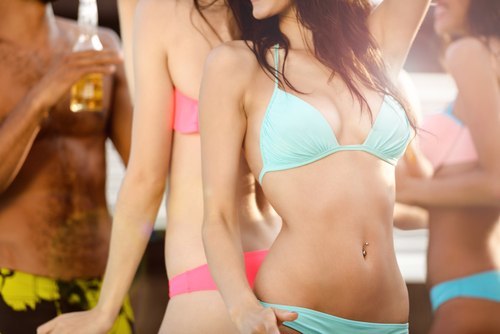 Pool parties are the site of many arrests and citations for drug-, sex-, and violent offenses.

1. Are staff allowed to detain and search me at a Vegas pool party?

Pool party staff and casino security guards are not police officers. Therefore, they are not required to abide by the Fourth Amendment's protections against unreasonable searches and seizures. But staff are not allowed to violate people's civil rights, either.

Even though staff are not police, they can make a citizen's arrest if:

The staff must use no more force than necessary to arrest and detain the suspect until Las Vegas Metro Police arrive. If the staff believe the suspect is dangerous, they could probably search the suspect and seize any weapons.

If the staff overstep their bounds, the suspect can file civil and/or criminal charges against them. The suspect could even sue the establishment as well.

2. What crimes are people commonly arrested for at pool parties?

Some pool party patrons let loose not only by drinking but also by using controlled substances. Security is on constant lookout for narcotics, such as cocaine, ecstasy, and methamphetamine.

A first-time drug possession conviction is a category E felony. It carries:

It is not uncommon for fistfights to break out at pool parties. People are inebriated and short-tempered from the hot temperatures.

As long as there are no weapons or substantial bodily harm, battery is just a misdemeanor. The penalty is:

Otherwise, battery is prosecuted as a felony. 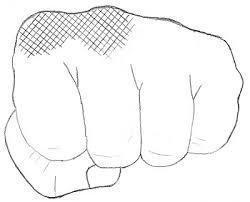 Nevada law prohibits people from exposing their -- or other people's -- genitalia or anus. Examples include flashers, exhibitionists, or pulling off the clothes of someone else in public.

According to the Nevada Supreme Court, NRS 201.220 does not prohibit going topless. But some venues require bikini tops.

A first-time conviction of indecent exposure is a gross misdemeanor, carrying:

Open or gross lewdness is a broad crime. It comprises either of the following actions:

A first-time conviction is a gross misdemeanor, carrying:

Also called disorderly conduct, breach of peace is a catch-all offense. It comprises any deliberate noisy or disruptive behavior. Examples include:

Disorderly conduct is a misdemeanor, carrying:

3. Where do police take people who have been arrested?

It depends on the alleged crime.

For trespass or disorderly conduct, the police probably will not take the suspects anywhere. They will likely just issue a citation with a fine. Then the suspects will be ordered to vacate the premises.

But for drug-, sex-, or violent crimes, the suspects are transported to the Clark County Detention Center for booking. In most cases, they can be released on bail.

The best way to fight criminal charges turns on the specific offense:

Prosecutors often rely on surveillance video as evidence. But the video may be grainy and unclear -- especially at night.

Furthermore, eyewitnesses frequently have conflicting memories of what happened. This is especially true if they were drinking.

The prosecution bears the burden to prove guilt beyond a reasonable doubt. If they cannot meet this burden, the charge may be dismissed.

Anyone charged with a crime is advised to hire private counsel. The stakes are too high.

Not only do defendants risk incarceration and high fines. A criminal record could cause them to lose their job. And future employers may disqualify them right away.

A skilled lawyer knows to scrutinize the state's case for weaknesses and holes. And prosecutors are more likely to dismiss or reduce charges if the defendant has a skilled attorney.

Facing charges stemming from a pool party arrest in Nevada? Contact our Las Vegas criminal defense attorneys at 702-DEFENSE (702-333-3673) for a free consultation. We will fight for the best resolution possible in your case.

• Will I get deported for a “pool party” arrest in Nevada?


• When can I seal my “pool party” case from my criminal records in Nevada?


• Can I keep my guns if I get arrested at a “pool party” in Nevada?


• Is it possible to win a “pool party” case at jury trial in Nevada?


Can I get my “pool party” case dismissed in Nevada?


How do I discredit “informants” in my pool party case in Nevada?