Victims of sexual assault in Nevada may be able to file suit against their perpetrator for:

Victims may also have a Nevada negligence cause of action against any parties that may have contributed to the rape occurring. Victims may fight for compensatory damages in Nevada, such as to pay for their:

Victims can also pursue Nevada punitive damages against the defendant, which can be far larger than the compensatory damages.

There is generally a two-year statute of limitations in Nevada to file a civil lawsuit for a sexual assault. But child victims have 20 years to file a claim after they turn 18 or learn that the assault caused their injuries (whichever is later).

In this article, our Las Vegas personal injury attorneys discuss how victims of sexual assault can sue in Nevada. Click on a topic below to jump to that section. 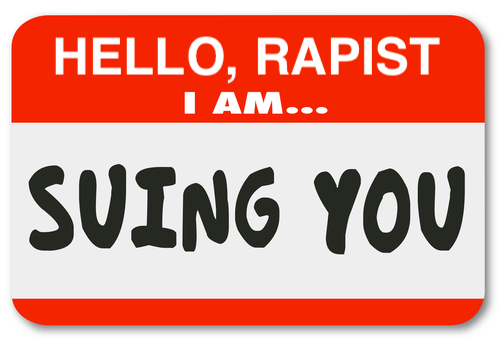 Nevada rape victims may have causes of action for battery, false imprisonment, intentional infliction of emotional distress, and/or negligence.

1. Whom to sue in Nevada rape cases

Obviously, sexual assault victims can sue the people who physically raped them. But in addition, victims may be able to sue anyone else whose wrongdoings may have allowed the assault to occur.

Example: Leah lives in a dorm at UNLV. One day the lock to her door breaks. She informs Res-Life right away and repeatedly asks them to fix it, but they never do. One night a vagrant enters Leah's room and sexually assaults her. Leah could sue UNLV for negligence for failing to fix her lock, which made her vulnerable to being physically harmed.

Certainly, Leah in the above example could also sue the vagrant. But chances are, UNLV has much deeper pockets and could pay a much higher settlement.

2. What to sue for in Nevada rape cases

Nevada civil law does not have a specific "sexual assault" or "rape" cause of action. Instead, there are various civil wrongs (called "torts") that rape victims may sue for. Four common assault-related causes of action in Nevada are:

Battery is a broad civil cause of action that comprises any type of illegal physical touching. Plaintiffs have to prove the following four elements in order to prevail on a battery claim:

One benefit of suing for battery is that the plaintiff does not have to show that the defendant physically penetrated him/her. All the plaintiff needs to show is that unlawful physical touching occurred, which can include such actions as holding down, choking, or groping.

Rape victims may be able to sue for false imprisonment.

Since rape victims are presumably physically restrained during the attack, they can sue for false imprisonment as well as battery.

It is self-evident that sexual assault causes not only physical harm but also mental harm. Plaintiffs have to prove the following three elements in order to prevail on a claim of "intentional infliction of emotional distress":

Note that "intentional infliction of emotional distress" is often abbreviated IIED. It is also called the "tort of outrage."

As discussed above in section 1, rape victims may have a negligence lawsuit against anyone whose actions (or lack of action) allowed the rape to occur. Plaintiffs have to prove the following four elements in order to prevail on a claim of negligence:

3. When to sue in Nevada rape cases

When a child under 18 is sexually assaulted, he/she has 20 years to sue after either:

Example: Jill is sexually abused by her his uncle as a child. Jill develops a bladder disorder that she endures stoically until age 21 when she goes to the ER for urinary retention. The doctor informs her that her disorder stems from trauma to her vaginal wall. Since Jill just learned that the injuries were caused by the abuse, Jill now has 20 more years (until she is 41) to sue her uncle for sexual abuse.

As discussed in the subsection below, adult rape victims usually have a much shorter statute of limitations to sue for injuries arising from a sexual assault.

There is generally a 2-year statute of limitations to sue for battery in Nevada.

Nevada imposes a two-year statute of limitations for bringing claims for either:

This means that a plaintiff generally has two years from the date of the defendant's wrongdoing to file a personal injury lawsuit against him/her.6

Sexual assault victims can sue for various compensatory damages to cover their expenses, such as for:

Should the case go to trial, the plaintiff's attorney would also fight for large punitive damages. Depending on the case, punitive damages can be as much as three times the amount of compensatory damages or more.9

Plaintiffs in personal injury lawsuits generally have the burden to prove their cases by a "by a preponderance of the evidence." In plain English, this means that the defendant more likely than not caused the plaintiff's injuries.10

Common evidence plaintiffs rely on may include:

Note that the burden of proof is very different in civil and criminal cases: If a prosecutor is charging a person with rape in Nevada, the prosecutor has the burden to prove guilt "beyond a reasonable doubt." 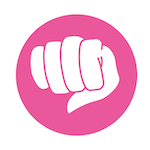 Rape victims have the burden to prove battery by a preponderance of the evidence.

"Beyond a reasonable doubt" is a much higher standard than "by a preponderance of the evidence." Therefore, it is easier for an alleged rapist to be found liable in civil court than to be found guilty in criminal court.

Defendants being sued for damages arising from a sexual assault might fight back by arguing:

Note that the defendant may try to intimidate the plaintiff by counter-suing, such as for defamation in Nevada and/or harm to reputation in Nevada.

Victims who wish to file criminal charges are strongly advised to have an attorney help them compose their victim statement. Lawyers are skilled in conveying what exactly the perpetrators did, and what the prosecutors should charge them with.

Sexual assault is the most serious crime in Nevada after murder, carrying a possible sentence of life in prison. Learn more about the Nevada crime of sexual assault under NRS 200.366.

8. Help for rape victims in Nevada

The rise of #MeToo and Time's Up are proof that victims of sexual violence are being believed and taken seriously more now than ever before. If you are a survivor, please seek help. Selected resources are:

Survivors of sexual assault are welcome to call our Las Vegas personal injury attorneys at 702-333-3673 for a totally free consultation about your options. We may be able to recover a large financial settlement to help you on your path to healing. And if necessary, we are ready to take your case to trial.

In California? See our article on how victims of sexual assault can file a lawsuit in California.